NFL to Pay Back Sponsorship Money for Military Tributes 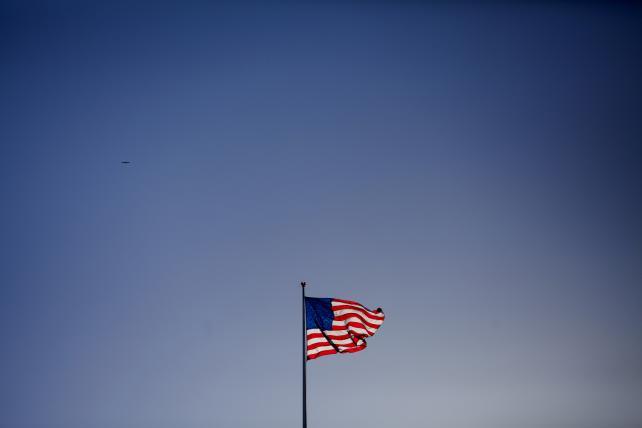 The Department of Defense spent a little more than $10 million on sports sponsorship in the last five years, a minuscule fraction of the military budget allocated for box seats, advertising, on-site recruiting, and -- controversially -- tributes for soldiers. Now the NFL says it will pay back the money its teams received for the latter.

The practice of "paid patriotism" at sporting events came under fire a few months ago, and now Arizona senators John McCain and Jeff Flake have released a 146-page report detailing exactly how the Department of Defense spent taxpayer money on military pageantry at sporting events. Almost 60% of the 122 sponsorship agreements between various branches of the Department of Defence and major league sports teams contained provisions for displays like on-field color guard performances and ceremonies to honor soldiers.

"To find out taxpayers are paying for it, it cheapens the whole lot," Mr. Flake said today. "Also, for the Pentagon, they say there's no fat to cut anywhere. When you look into these marketing contracts and find activities like this that are being paid for, it makes you question that as well."

In a letter to McCain and Flake dated Nov. 2, NFL Commissioner Roger Goodell pledged that the National Football League would conduct an audit of all contracts between its clubs and military service branches. He said any payments made for activities beyond recruitment or advertising would be refunded in full. NFL spokesman Brian McCarthy said the league would complete the audit as "quickly as possible."

NBA spokesman Mike Bass said that while pro basketball teams do occasionally recognize servicemen and women with on-court ceremonies, "These tributes are not paid for by the military. We will perform an additional review to ensure that this is the case." Spokesmen from the NHL and MLB declined to comment.

It's unclear how much money was directly tied to things like paid on-field tributes, or how much the NFL will pay back. It's not that much relative to the defense budget, which was $619 billion in 2013, or to the bottom line of the NFL. The contracts that contained such activities were worth $6.8 million out of the $10.4 million the Department of Defense spent on marketing and advertising contracts with professional sports teams from 2012 through 2015.

As examples, the McCain-Flake report noted that the New Jersey Army National Guard paid $20,000 for the New York Jets to recognize one or two soldiers as hometown heroes, which included club seats for the soldiers and three guests. The Atlanta Braves had a $200,000 deal with Georgia Army National Guard that included four on-field presentations that could be used for a surprise homecoming, first pitch, calling "play ball" and parades. And in the NBA, the Atlanta Hawks had $225,000 in contracts that included a video presentation highlighting a National Guard soldier that was played at home games.

Congress is trying to ban taxpayer-financed salutes to U.S. troops. The National Defense Authorization Act, vetoed by President Obama and scheduled to reach his desk again soon, is also seeking to conduct a study of all existing Department of Defense sports sponsorship deals, and encourages sports leagues and teams to consider donating the money they received for those salutes to military charities.

Before the 2015 football season began, the NFL asked teams to separate military sponsorship from events such as soldier appreciation and community outreach.