NFL Ratings Slide Is Not a Sign of the Apocalypse (Calm Down, People; It's Going to Be OK) | Ad Age
Skip to main content

NFL Ratings Slide Is Not a Sign of the Apocalypse (Calm Down, People; It's Going to Be OK) 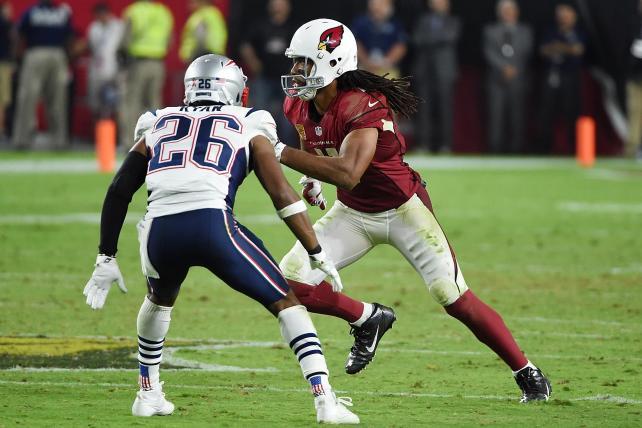 The first Sunday of the 2016-17 NFL season delivered characteristically gaudy ratings, and while deliveries were down for the primetime window, the national 4:20 p.m. broadcast put up its usual staggering numbers.

According to Nielsen live-plus-same-day data, the premiere of NBC's "Sunday Night Football," a matchup between the New England Patriots and Arizona Cardinals, served up 23.1 million and a 13.1 household rating, which marked a 15% decline compared with the year-ago opener. That game, an NFC East grudge match featuring a franchise representing the nation's No. 1 DMA (New York Giants) and the NFL's second highest-rated team (the ubiquitous Dallas Cowboys), averaged 26.8 million viewers and a 15.4 household rating.

While the Sunday night ratings slide was somewhat surprising -- if nothing else, the curiosity factor re: how the Pats would perform without Tom Brady and Rob Gronkowski would seem to have been a sufficient lure for even the most casual fan -- the drop is hardly an occasion for Edvard Munch-style skull clutching. To put matters in perspective, that 13.1 rating out-delivered six nights of NBC's Summer Olympics coverage, and easily topped the 11.4 household rating ABC delivered over the course of the 2016 NBA Finals.

Of course, given that NBC's coverage of Thursday night's NFL Kickoff game was down 10% compared with the year-ago broadcast -- with an average household rating of a 14.6, the Panthers-Broncos showdown now stands as the lowest-rated season opener since 2009 -- there are those who are going to seize upon the early results and try to divine some sort of dark portent. But two games is simply too small of a sample size from which to derive any meaningful inferences, so unless things don't improve by mid-October, we'd just as soon hold off on any performative gnashing of teeth and rending of garments.

If NBC's first two NFL broadcasts didn't exactly shoot out the lights, the late Fox game went a long way toward undermining any sort of nascent Chicken Little-style Weltschmerz. Fox's coverage of the Giants-Cowboys nail-biter delivered 27.5 million viewers and a 15.5 HH rating, which was up 15% compared with CBS's year-ago late-national game (Ravens-Broncos, 13.5 HH rating) and flat versus Fox's first 4:20 game on Sept. 20, 2015 (Cowboys-Eagles, 15.5 HH rating). It's worth noting that the Dallas-Philly game reached 96% of all U.S. markets, whereas Sunday's New York-Dallas broadcast was beamed to 90% of the nation's markets. (The Detroit-Indianapolis game accounted for the other 10%.)

Because the Seahawks had a 4:20 home game on CBS, the NFL blacked out the Giants-Cowboys game in the Seattle-Tacoma market. The No. 14 DMA boasts 1.81 million TV homes, accounting for around 2% of the country's overall television penetration.

Last season, Fox's eight-game late-national package averaged 27.4 million viewers and a 15.7 household rating, making it the most-watched, highest-rated program on TV. As has been the case throughout the last several years, inventory in the Fox 4:20 window is also the most expensive regularly-scheduled real estate on the tube.

Note that all of the live-same-day ratings exclude out-of-home viewing in bars, restaurants, hotels and other public spaces. Generally speaking, sporting events tend to get between an 8% and 15% lift when out-of-home audiences are rolled up into the national TV sample.

Final ratings for the double-barreled premiere of ESPN's "Monday Night Football" will be available later this afternoon. Per Nielsen overnights, the Pittsburgh-Washington air war drew a preliminary 9.1 household rating, down 7% versus the 9.8 served up by the year-ago Eagles-Falcons telecast, which was adjusted down to an 8.5 in live-same-day. The execrable Rams-49ers capper drew a 7.1 overnight, down 25% compared with the Vikings-49ers game that drew a 9.5. That early delivery was adjusted down to an 8.8 household rating in the final live-same-day ratings.