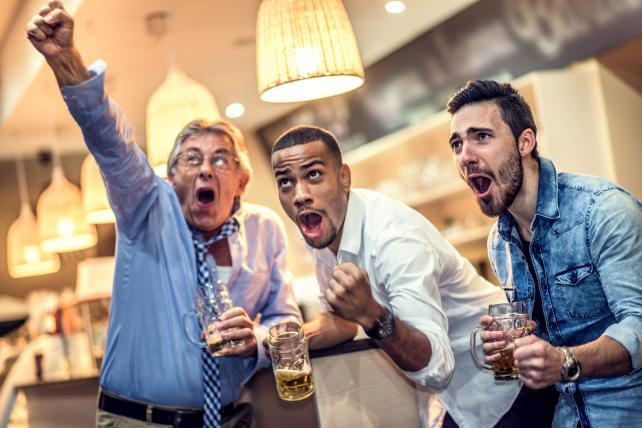 The NFL's much-ballyhooed 2016 ratings crisis, which was greeted with much rending of garments and gnashing of teeth, appears to have been largely offset by a Nielsen initiative to measure audiences in bars, restaurants, gyms and other out-of-home venues. When the ancillary data is blended with the traditional TV panel, NFL broadcast partners last season came close to matching 2015's blockbuster deliveries.

According to Magna's annual U.S. Sports Report, the various NFL windows last year averaged a 6.32 rating among viewers 18 to 49 years old when out-of-home impressions were added to the base TV numbers. That works out to some 8.11 million adults 18 to 49.

Any discrepancy between the OOH-bolstered NFL ratings and the vanilla, or TV-only, year-earlier ratings was effectively a rounding error; per the Magna data, the previous season's windows averaged a 6.38 in the demo, or 8.19 million adults 18 to 49.

(Of course, NFL audiences may still have slipped last season, because we don't know how many people watched in bars, restaurants and the like during previous campaigns. But the new Nielsen OOH measurements have at a minimum "discovered" significant NFL viewers who were previously invisible to marketers as well as TV ad sales teams.)

The Magna sports report indicates that OOH on average added 911,072 adults 18 to 49 to each NFL broadcast window over the course of the 2016-17 season, a 13 percent improvement over the baseline in-home deliveries. The only major NFL window not represented in Magna's analysis was NBC's inaugural five-game "Thursday Night Football" package.

Magna's analysis of the amplification OOH audiences had on last season's NFL ratings may somewhat alleviate the agita the networks felt in the first half of last season, when overall deliveries were down 12 percent year-over-year. Ultimately, the national TV windows were able to pull out of the nosedive somewhat once the exceptional distractions of the 2016 presidential election were out of the way, and the NFL would go on to close out the regular season down 8 percent. (Ad sales revenue, meanwhile, actually increased 4 percent.)

The Sunday afternoon CBS and Fox games were particularly successful in clawing back a good deal of the shrinking at-home audience by way of the sports bar and taproom. With OOH factored into the ratings for its regional and national TV windows, CBS saw a 3 percent improvement in the demo on Sundays compared to the year-ago period. Without the lift of OOH, CBS's Sunday football games last season were down 10 percent year-over-year. Fox showed similar gains, according to Magna, as OOH gave the network's Sunday games a 2 percent margin of victory versus its 2015 averages; without those bonus impressions, Fox's Sunday demos experienced similar slippage to CBS's.

Not surprisingly, the two windows that enjoyed the biggest OOH-related gains also happened to be the two single highest-rated NFL game packages. CBS's eight-game late-afternoon national package grew 16 percent when OOH impressions were tossed into the TV ratings pot, while Fox saw a 14 percent improvement in its "America's Game of the Week" demo. Both windows snared between 1.4 million and 1.5 million additional viewers in the 18 to 49 demo thanks to OOH.

The prime-time NFL packages, which air when more fans tend to be at home, saw less pronounced OOH lifts, but bar and restaurant patrons still helped pad out the final stats. For example, rather than sustaining an 11 percent decline in the demo, NBC's "Sunday Night Football" saw its deficit get whittled down to a more manageable 4 percent dip. ESPN's "Monday Night Football," meanwhile, won back more than half of the adults 18 to 49 it would have lost had the OOH crowd not have been tallied up by Nielsen.

Of course, the material gains derived from these "found" viewers remains largely a theoretical construct, given that OOH ratings are only now being integrated with the currency data, and few media agencies are willing to transact against the new numbers. Some buyers don't see the value in telling clients that they'll now have to pay extra for the bonus eyeballs that were never part of the official media mix. Others seem less-than-sold on the methodology, although OOH views by definition only count if the commercial content in and around a given sports telecast is audible. If the patron sporting one of Nielsen's Portable People Meters is out of earshot of the advertising, his or her view is discounted.

ESPN is ahead of the pack on OOH, having struck a groundbreaking deal last year with a major agency holding company, which agreed to transact against verified deliveries in bars, restaurants, fitness centers, hotels and other public venues. (Per terms of an earlier agreement, Ad Age will refrain from identifying said holding company until it has completed its internal review of the impact OOH has had on its clients' sales objectives.) Since that initial deal, ESPN has lined up a number of smaller media shops and individual clients.

Fox Sports began laying the groundwork with advertisers about the potential of OOH lifts during its upfront barnstorming tour of New York and points west. Fox officially signed on as a Nielsen OOH client in June, while CBS on Thursday afternoon announced that it too had climbed aboard. Per Nielsen, OOH viewing for the April 1 Final Four men's basketball tournament broadcasts on CBS gave the ratings a 19 percent boost, which works out to 1.1 million bonus impressions per game.

NBC has yet to make an announcement regarding its own emerging OOH strategy, but it would not be unreasonable to suggest that the network may sit out the initial experimental phase -- at least in the near term. NBC not only has more prime-time NFL gross ratings points in play than any other broadcaster, but it also has a huge amount of Winter Olympics inventory to deal ahead of the February PyeongChang Games. Determining the value of incremental views is likely not a primary consideration for the Peacock at this particular moment in time.

While the networks and agencies continue to work together to put a price on OOH views, live-streaming is also helping win back lost TV impressions. And while the absolute deliveries aren't as voluminous as the early OOH adds -- per Magna, ESPN's proprietary app and other digital properties last season added around 600,000 viewers to the average "Monday Night Football" audience -- streaming is universally accepted as an alternative to traditional TV. In other words, every viewer who live-streams "counts" under the new media math.

Meanwhile, with only two weeks of 2017 NFL games on the books, it is perhaps a bit premature to speculate on how this season's TV ratings shake out. The early numbers aren't entirely reassuring -- in aggregate, NFL household ratings for the three broadcast networks are down 11 percent versus the year-ago period -- but as we recently opined elsewhere, it's probably a bit too early to reach for the Xanax. 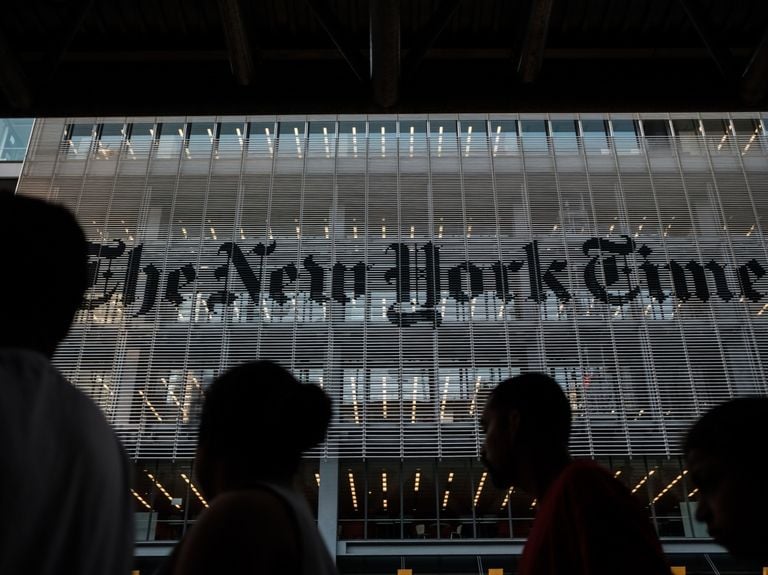