Media buyers say there are still too many unknowns
READ THIS NEXT
‘America Must Change’: The story behind Time’s latest cover artwork 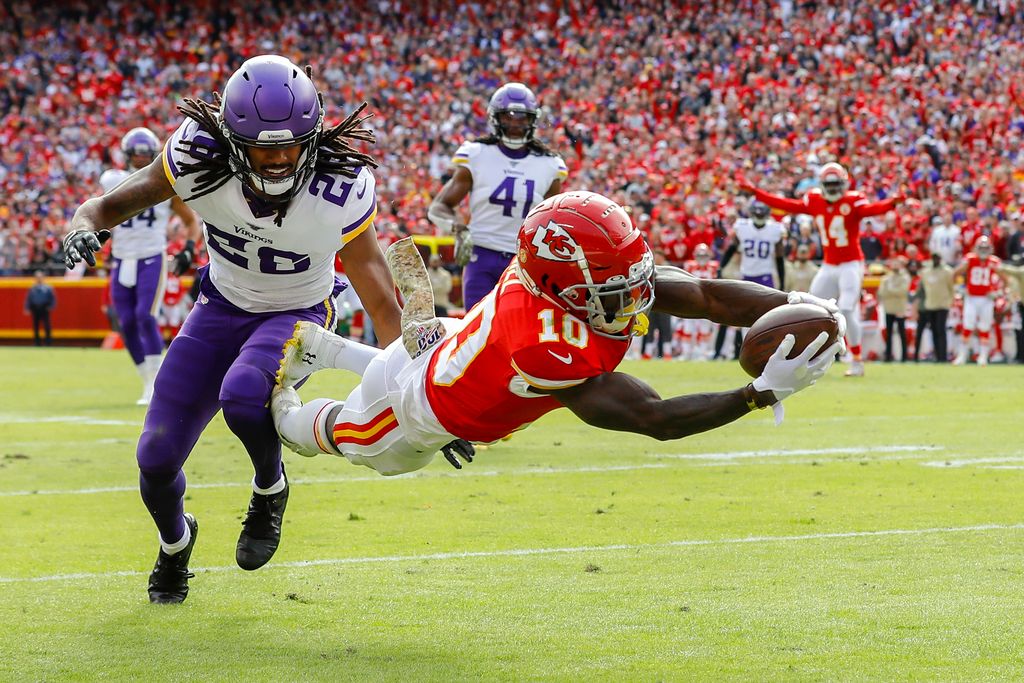 The National Football League rolled out their schedule for the 2020-2021 season, with a tentative start date of Sept. 10. But the unveiling of the matchups—and current plans to move forward with a season amid the coronavirus pandemic—isn’t easing the concerns of advertisers who look to live sports to reach large audiences.

“It really changes nothing. It doesn’t mean the games will start on time and it doesn’t change advertisers’ thoughts on NFL,” one media buyer said. “The biggest impact will be when any concrete decisions are made on seasons starting/resuming. Until then, it’s all a guess.”

The NFL said the season will kick off on Sept. 10 on NBC with a matchup between Super Bowl champions the Kansas City Chiefs and Houston Texans in Kansas City. The “Sunday Night Football” opener will see the Los Angeles Rams host the Dallas Cowboys.

The NFL did not include any contingency plans in its schedule announcement on Thursday night.

Currently, Super Bowl LV is scheduled to air on CBS on Feb. 7 from Tampa Bay, Florida. But according to reports the big game could be pushed back depending on the progression of the virus.

There’s obviously still plenty of what if’s, including when training camps can start, if parts of the country will be open in time for the start of the season and whether or not fans will be in attendance. (The prevailing thought on the last question from industry execs is, stadiums will be empty.)

"The question that we really don’t know, is under all this optimism, is when will be the real go / no go on the start of the season, which is important for advertisers and agencies,” says Michael Law, president of Amplifi US, an agency owned by Dentsu Aegis Network that specializes in media innovation and investment.

Seth Winter, who leads ad sales for Fox Sports, says the key word for how they will approach the marketplace is “flexibility.” Winter says his sales team will approach every category differently and there will be certain dates where they can then go back to firm up deals when brands can have more certainty over the state of their business. “We do think the NFL will start on time and we feel pretty confident it will start out as intended,” he says.

Law says "the flexibility is a good sign the league is trying to be prepared for what could happen. Flexibility will be key."

The bigger unknown, according to Winter, is the fate of college football, and it is something the industry could not know the answer to for a while. “If college football would not to be participating we don’t know what that would mean; it would put more pressure on the marketplace,” he says.

Winter adds that sports will be “the first destination of investment” for advertisers, especially as the entertainment side is unsure when production can resume on some programs. As for other sports, Winter says he feels confident Major League Baseball will begin by June or July 4 at the latest.