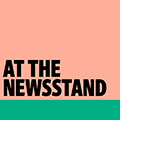 As part of Ad Age’s continuing media coverage, At the Newsstand takes a look at notable ad-supported media hitting newsstands and subscribers’ mailboxes.

The Sept. 9 issue of The New York Times’ T magazine celebrates a gay-lit classic, James Baldwin’s “Giovanni’s Room.” An image from John Edmonds’ fashion shoot, which was inspired by Baldwin’s storyline, lands on the cover of the magazine’s fall men’s fashion issue, and inside, Hilton Als, the Pulitzer Prize–winning New Yorker staff writer and theater critic, offers a meditation titled “‘Giovanni’s Room’ Revisited” (subhead: “James Baldwin’s 1956 novel is a layered exploration of queer desire—and of the writer’s own sense of self”). T Editor-in-Chief Hanya Yanagihara sets it all up in her editor’s note for the issue, which reads, in part,

The writer James Baldwin was 32 when his second novel, “Giovanni’s Room,” was published in 1956; in the years since, the book—a portrait of a romantic sexual relationship between two men in postwar Paris, Baldwin’s home, off and on, for much of his adult life—has become a canonical work in the queer (and black, and American) literary canons. ... What makes “Giovanni’s Room” radical is Baldwin’s refusal to cleave to what the larger literary establishment thought he ought to write about: He was a black man who dared to write a white protagonist; he was a gay man who dared to put queerness on the page. He did so during a time when it was perilous to be black or gay, when to be either (much less both) was to never be granted full humanity from his country of birth.

The issue will be tucked into copies of this Sunday’s New York Times.