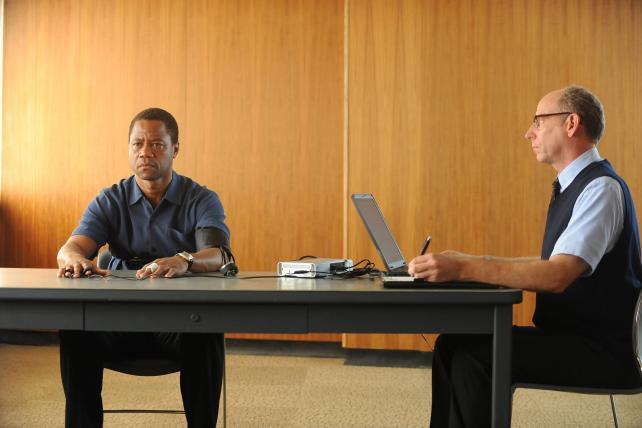 Two decades after O.J. Simpson's murder trial lured millions of new viewers to CNN, a series based on the trial is poised to do the same for 21st Century Fox Inc.'s FX cable network.

"It's tracking better than anything we've ever had in the history of the network," Mr. Landgraf said in an interview with reporters last week. FX works with the research firm OTX to gauge viewer interest in shows before they debut.

Developing new hits is more important than ever for FX. The network is suffering from a drop in live viewers and subscribers because consumers are watching more shows on demand and ditching costly cable packages for less expensive offerings that don't include the channel. In addition, Netflix and HBO spend billions more on programming, making the competitive landscape tougher and prompting Mr. Landgraf to say there is "too much TV."

Investor concern over the future of TV networks has sapped billions of dollars from the market value of media companies including Fox and Walt Disney Co. over the past few months. Fox has tumbled 26% since Aug. 4, when Disney cut the profit forecast for its cable TV division because of subscriber losses at ESPN.

Cable networks including FX accounted for 69% of Fox's operating income in fiscal 2015. Yet profit growth has slowed to about 5% in each of the past two years after at least eight years of double-digit increases, according to data compiled by Bloomberg.

Like ESPN, FX is constrained by its contractual ties to pay-TV providers such as Comcast Corp. and DirecTV, which are increasingly selling cheaper packages with fewer channels to keep subscribers. Premium-priced and commercial-free competitors like HBO and Showtime aren't part of basic cable bundles and can sell their programming online directly to the public. FX relies on pay-TV providers to keep getting higher monthly fees from the subscribers it has, as well as advertising revenue.

"More people are buying packages we're not in," said Mr. Landgraf, one of the more candid executives in the TV business. A former executive at NBC, Mr. Landgraf took charge of FX in 2005, and, with predecessor Peter Liguori, established the network as a home for premium dramas.

Fresh hit
FX needs a fresh hit, one that can help draw new viewers to its critically acclaimed lineup of shows including "Fargo" and "The Americans." Founded in 1994, the same year as the Simpson trial, the network was one of the first cable outlets to make dark, intelligent, original series. It has garnered more Emmy nominations than any basic cable network -- as well as Netflix -- in each of the past couple years.

Yet FX has suffered a 11% drop in viewers this TV season, according to Nielsen data that puts the network's nightly audience at about 1.32 million. The drop is even worse among adults between the age of 18 and 49, a pivotal demographic for advertisers.

The answer is a show that's so popular people will feel they've missed out if they don't watch live. AMC, the flagship channel of AMC Networks Inc., has dodged basic cable's audience losses thanks in large part to "Breaking Bad," which concluded in 2013, and "The Walking Dead," now the most popular drama on pay TV. The latter has spawned a prequel, "Fear The Walking Dead," as well as a talk show, "Talking Dead."

'Horror' spinoff
"American Crime Story" is a spinoff of FX's most-viewed show, "American Horror Story," created by Ryan Murphy. Mr. Murphy is an executive producer of "American Crime Story," and directed the pilot of the Simpson saga, which covers the period from the 1994 killings of Nicole Brown Simpson and Ronald Goldman through the murder trial.

The series is designed as an anthology, with the failed response to Hurricane Katrina scheduled as the next subject on tap.

FX isn't alone is revisiting the O.J. saga. ESPN this year plans a five-part documentary titled "OJ: Made in America."

To build momentum for its effort, FX sent out six episodes to the press in December. The program has landed front-page treatment in trade publications and national media outlets, reflecting the continued interest in one of the most famous trials in modern history.

"'American Crime Story' will certainly bring in a lot of viewers, and likely some new ones to the network," said said Billie Gold, vice president of buying and research at the advertising agency Amplifi US, part of Denstu Inc. "FX will have to use it strenuously as a platform to promote other shows and hope for the best if it wants viewers to stick with the network over time."