Oscar Advertisers Paid Record Prices for a 15% Drop in Audience 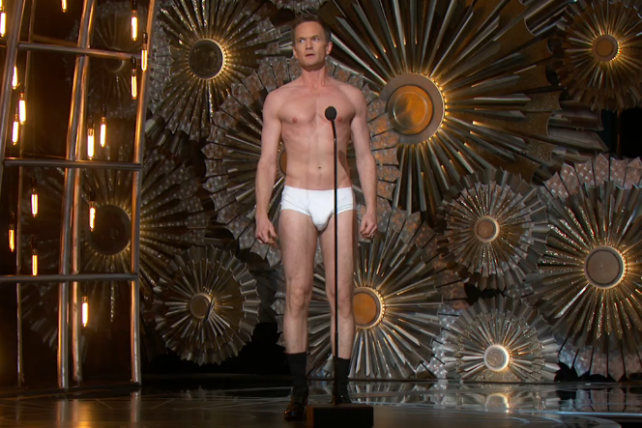 A slate of boutique films and an uneven, torpidly paced broadcast conspired to put a whammy on Sunday night's Oscars ratings, as overall viewership dropped 15% versus last year's big show.

According to Nielsen fast national data, ABC's presentation of the 87th Annual Academy Awards averaged 36.6 million viewers, down from 43 million a year ago. Of these, approximately 13.7 million, or 37%, were members of the key 18-49 demographic.

Barring a significant upward adjustment, last night's Oscars broadcast now stands as the third least-watched in a decade and the fourth biggest bust in 40 years. (Note: While adjusted fast nationals are statistically of a piece with the final live-plus-same-day results, there may be a minor adjustment here and there before those "official" numbers are released Tuesday morning. Last year's broadcast inched up to 43.7 million viewers in live-plus-same-day.)

If the turnout for Hollywood's annual exercise in self-aggrandizement was a bit of a downer, ABC is in no way on the hook for make-goods. As is the case with TV's other mega-event, the Super Bowl, the network does not offer ratings guarantees to advertisers; in other words, the $1.9 million investment marketers made for each 30-second chunk of airtime was an exercise in good faith.

This year's Oscars faced stiff headwinds even before the orchestra so much as tuned up their instruments. As history has demonstrated, when the Best Picture nominees include a number of niche films (read: non-blockbusters) the ratings tend to tumble. For example, when the Coen brothers' "No Country for Old Men" won Best Picture in 2008, it had grossed only $48.8 million at the time -- a relative trifle, but worlds apart from fellow contender "There Will Be Blood" ($8.7 million). As it happens, that year's Oscars marked the least-watched broadcast since at least 1974, with an average draw of 32 million viewers.

The one unambiguous blockbuster among the films vying for Best Picture was "American Sniper," which has earned $319.6 million stateside since its Christmas Day release. Despite delivering monstrous box office, "Sniper" was all but completely written off as a contender, as Las Vegas oddsmakers made it the night's biggest long shot (75 to 1). By way of comparison, the prohibitive favorite (2 to 5) "Boyhood" has eked out just $25.3 million since it landed in theaters back in July 2014.

On the whole, awards season has failed to live up to last year, as the other two premiere TV events suffered ratings declines. NBC's January Golden Globes broadcast fell 8% to 19.3 million viewers. Earlier this month, CBS's coverage of the Grammy Awards backslid 11% to 25.3 million viewers.

Network promos
ABC made the most of its annual in-house promotional opportunity, airing a number of teasers for upcoming episodes of shows such as "The Goldbergs," "Marvel's Agents of S.H.I.E.L.D.," "Black-ish," "Modern Family," "How to Get Away With Murder" and the newcomer "Secrets and Lies." While the promo offensive was nowhere near as heavy as NBC's Super Bowl showcase -- ABC caps its ad load at around nine minutes and 15 seconds, effectively offering half the inventory it makes available during an average prime time hour, which in turn limits the number of teasers it can run -- the network made the most of its relatively small window. A 75-second promo for "Black-ish" paid homage to dance scenes from "Footloose" and "West Side Story," while a standard-issue "The Goldbergs" trailer hyped Charlie Sheen's cameo in the sitcom's upcoming celebration of "Ferris Bueller's Day Off."

On the revenue-generating side of the ledger, TiVo on Monday announced that Oscars' most engaging spot was the AT&T Mobile ad starring "Shark Tank" mogul and Dallas Mavericks owner Mark Cuban. This, incidentally, was another feather in the host network's cap, as "Shark Tank" airs Friday nights on ABC.