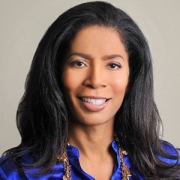 Ms. Deen's management team reached out to the firm a few days ago, an executive familiar with the matter said, after she had already canceled her planned Friday appearance on "The Today Show" and issued a pair of poorly-received YouTube videos instead.

Smith & Co. CEO Judy Smith, who served as the inspiration for Kerry Washington's character on ABC's "Scandal," declined to comment.

In what was likely a first move by the new PR team, Ms. Deen rescheduled her interview with Matt Lauer on "The Today Show" this morning. She broke out in tears as she said she had only used the "N" word while being held at gunpoint.

But Ms. Deen, already scuttled by Smithfield Foods and The Food Network, was also dropped Wednesday by Caesars Entertainment, which has four Paula Deen-branded restaurants in its properties.

Smith & Co. will likely try to focus attention on the business partners that have stuck by Ms. Deen so far, including Novo Nordisk, maker of the diabetes treatment Victoza; Springer Mountain Chicken; Landies Candies; and Tasty Blend Foods.

"Tasty Blend Foods was very pleased with the Paula Deen interview given this morning on the Today Show," Tasty Blend said in a statement Wednesday. "We appreciate her commitment and how she stepped up and apologized to her viewers, fans and the nation. We personally endorse Paula Deen and what she stands for. We are very saddened that she is being judged by her past, everyone has made a mistake sometime in their lives. We look forward to our continued partnership with her."

Landies Candies President Larry Szrama also issued a letter of support. "Your interview this morning reaffirms who you really are and what you believe," he wrote. "We count it a privilege to be your friend and business partner and look forward to sweet success in the future."

A Random House spokesman said Monday that it is monitoring the situation but remains on course to publish "Paula Deen's New Testament: 250 Favorite Recipes, All Lightened Up" this fall.

Ms. Deen also has a line of food, cookware and other products sold at national retailers across the country, including Walmart, Kmart and Target. It is not yet clear whether the retail giants will continue to sell the products.