Consumers Loath to Do Without Cable Entirely, but Some Services Suffer
READ THIS NEXT
Why brands aren’t giving up on TV awards shows just yet

NEW YORK (AdAge.com) -- Could "Dexter" get axed by the recession?

As the credit crunch tightens, consumers might be eating out less, buying fewer cars and clothing, but it's a safe bet they won't cut off their cable or satellite-TV service. As the theory goes, even the most tight-fisted among us will spend on escapist fare available from the comfort of the couch. But that doesn't mean the threat of consumers' trimming some cable or satellite tiers isn't there. And so the cable- and satellite-TV industries, facing one of their biggest marketing challenges yet, are working to communicate the value of their subscriptions at a time when consumers cutting back. 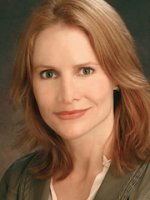 Jessica Insalaco, chief marketing officer for EchoStar's Dish Network
Pay-TV subscriptions have been trending downward since the first quarter of 2008, when the first wave of the mortgage crisis caused subscriptions to contract. Craig Moffett, senior cable analyst for Sanford Bernstein, wrote in a March report, "The growth rate of the industry has unmistakably slowed, and the culprit appears -- equally unmistakably -- to be housing." He noted that net subscriber growth across cable, satellite and telco providers such as AT&T and Verizon was down 40% in fourth-quarter 2007 vs. the same period in 2006.

But if part of pay TV's health is directly aligned with the housing market, the other half, consumer electronics, remains strong. Last week, the Consumer Electronics Association reported home-entertainment sales maintained a mid-single-digit growth rate as key sectors such as auto fell 13.5%. Flat-panel-TV sales rose 40%, while unit sales of TV and stereo equipment increased 4.7% in August vs. the same period in 2007. Shawn DuBravac, the CEA's economist, said in a press conference, "Despite all of the other indications that we're in a recession, consumer-electronics spending continues to hold up pretty well."

Off the table
Jessica Insalaco, chief marketing officer for EchoStar's Dish Network, said entertainment traditionally has been recession-proof since the Great Depression, as evidenced by other factors like stable box-office sales. "People really value their TV subscriptions as their primary form of entertainment," she said. "We're seeing more and more people looking for deals, looking for ways to save money. ... This is one thing that people hold on to, even though they may cut down pieces of it."

Those pieces can include costly sports tiers and phone and internet service, as cellphones become the norm and younger subscribers buy internet on an a la carte basis and watch TV on Hulu and iTunes. With cable and satellite subscriptions at a near plateau, the added value from internet and phone subscriptions has become crucial to its future growth.

"It's an affordable luxury especially if you have a family, this is one way to provide entertainment," said Chris Philip, chief experience officer for Doremus, a research agency owned by Omnicom Group. "The more the cable providers can group products together, you can get your internet and cable and cellphone from one provider at a discount. You'll see a lot of that as well."

The billing consolidation has long been the rallying cry for emerging telco-based TV services Verizon FiOS and AT&T U-verse, which trumpet more bang for subscribers' bucks. Time Warner Cable CMO Sam Howe recognized this and made it the focus of the company's first competitive ad campaign, calling out FiOS for its complex, multiple-page bills. Not surprisingly, Mr. Howe said he doesn't believe consumers will curb their enthusiasm for cable in the midst of a recession, for the same reasons his competitors are offering. "Our theory is: There's defaults on mortgages, people are moving into apartments, where we've had traditional strength," he said in a recent Q&A for Ad Age's CMO Strategy. "The internet is not just a source of information for people, but people really need the internet to find their way out."

Added Dish's Ms. Insalaco: "Americans' appetite for TV is pretty intense. It's a big part of their lives. We're there on the list by gas and food and electricity. Consumer spending, in theory, could be impacted a lot more on the more flexible things."