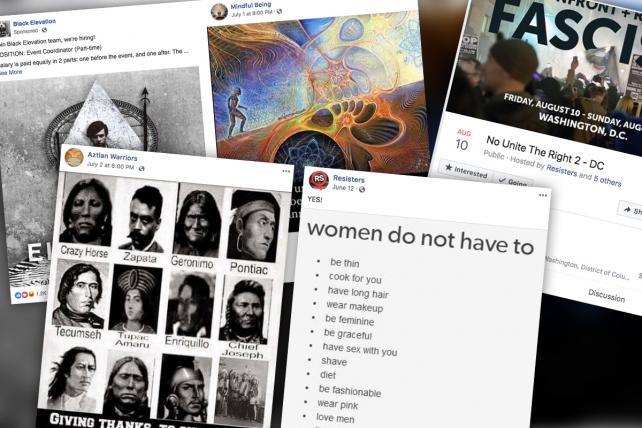 It's still happening. That was Facebook's message today regarding murky attempts at using its platform to meddle in the American political system; see "Facebook finds ongoing evidence of election interference" (Bloomberg News via Ad Age).

In addition to revealing in a statement that "today we removed 32 Pages and accounts from Facebook and Instagram because they were involved in coordinated inauthentic behavior," the social network released examples of what it found. It also noted that it was in the "very early stages of our investigation and don't have all the facts—including who may be behind this." Facebook summarized its findings thusly:

• In total, more than 290,000 accounts followed at least one of these Pages, the earliest of which was created in March 2017. The latest was created in May 2018.
• The most followed Facebook Pages were "Aztlan Warriors," "Black Elevation," "Mindful Being," and "Resisters." The remaining Pages had between zero and 10 followers, and the Instagram accounts had zero followers.
• There were more than 9,500 organic posts created by these accounts on Facebook, and one piece of content on Instagram.
• They ran about 150 ads for approximately $11,000 on Facebook and Instagram, paid for in US and Canadian dollars. The first ad was created in April 2017, and the last was created in June 2018.
• The Pages created about 30 events since May 2017. About half had fewer than 100 accounts interested in attending. The largest had approximately 4,700 accounts interested in attending, and 1,400 users said that they would attend.

Some sample screenshots from banned accounts, as released by Facebook: 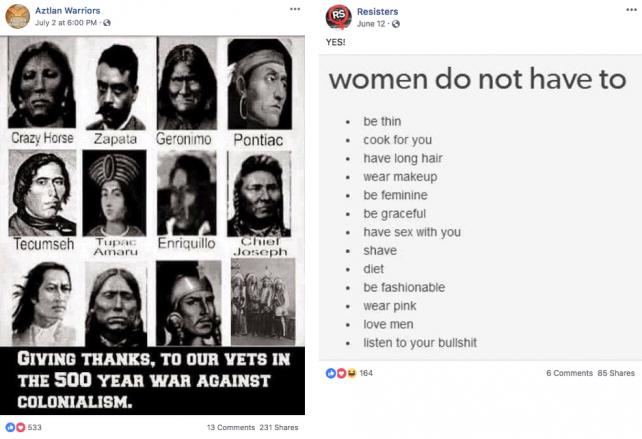 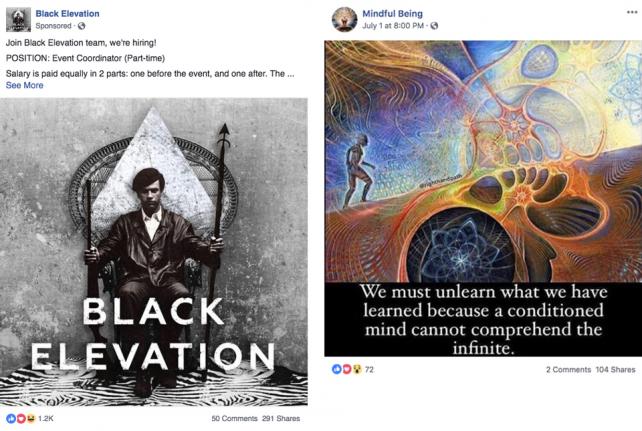 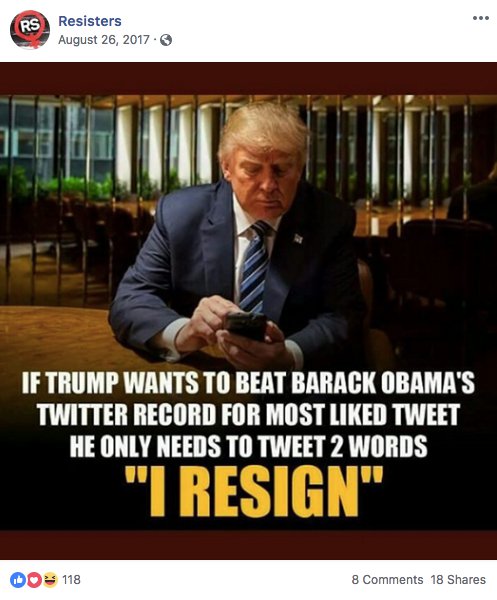 Facebook also offered details about an upcoming real-world event promoted by one of the bogus accounts:

The "Resisters" Page also created a Facebook Event for a protest on August 10 to 12 and enlisted support from real people. The Event – "No Unite the Right 2 – DC" – was scheduled to protest an August "Unite the Right" event in Washington. Inauthentic admins of the "Resisters" Page connected with admins from five legitimate Pages to co-host the event. These legitimate Pages unwittingly helped build interest in "No Unite Right 2 – DC" and posted information about transportation, materials, and locations so people could get to the protests.

We disabled the event earlier today and have reached out to the admins of the five other Pages to update them on what happened. This afternoon, we'll begin informing the approximately 2,600 users interested in the event, and the more than 600 users who said they'd attend, about what happened. 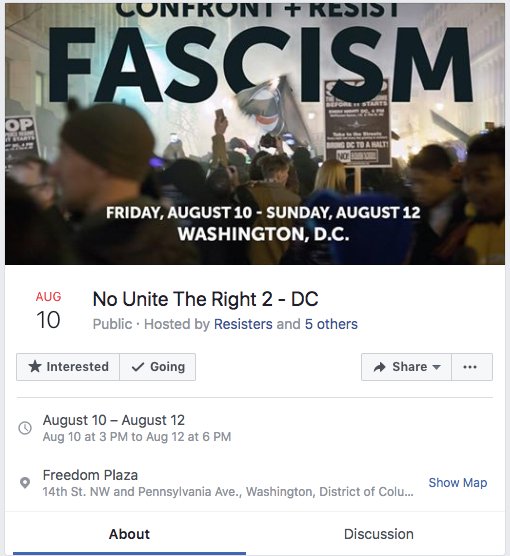 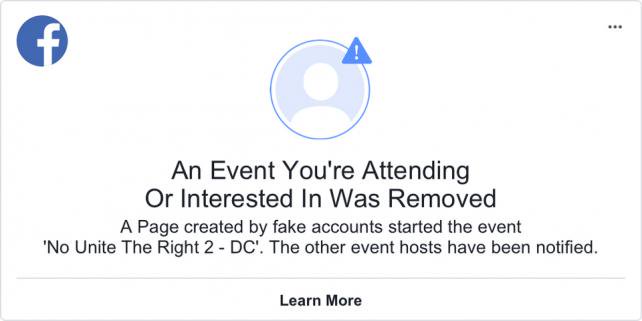