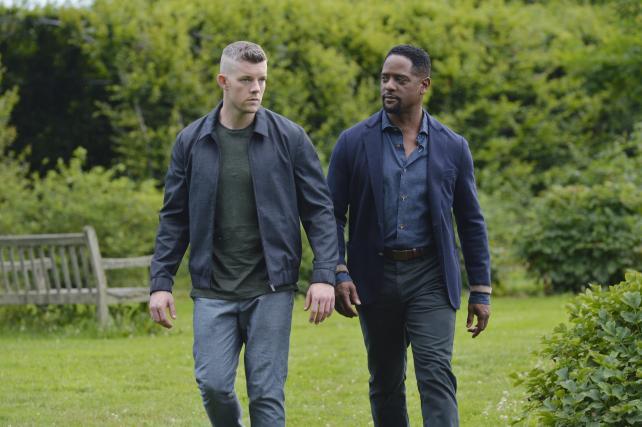 After getting off to a promising start, the first official week of the 2016-17 broadcast TV season ended with a dull thud, as viewers on Sunday night largely ignored the networks' scripted efforts.

While "Quantico" returned to a rather lukewarm reception, the show boasts an unusually high conversion rate in the C3 currency. In its freshman season, the FBI potboiler improved from a 1.2 in live-plus-same-day to a 1.7 in C3. The first batch of C3 data should be available on or around Oct. 17; watch this space for an exclusive look at the currency numbers for premiere week.

While we're issuing caveats, here's one you'll be hearing throughout the year: Despite the artful machinations of network PR executives, who would have you believe that delayed viewing via DVR and other time-shifting gizmos is additive, the bonus eyeballs represented in "live-plus-three" and "live-plus-seven" data are effectively useless to advertisers. Why is that? Glad you asked. For one thing, L3 and L7 ratings do not include the average commercial minute ratings that put the "C" in C3 and C7, which is more or less the entire point of measuring TV usage. For another, the vast majority of people who time-shift outside of environments that discourage ad-skippage do not watch the captured commercial messaging. As such, the average lift from live-same-day to C3 is just two-tenths of a ratings point.

If ABC had a forgettable night, Fox fared better, dropping just a tenth of a point, or 7%, to a 1.3 in prime. Two of Fox's veteran series matched or topped their year-ago premieres, as "Bob's Burgers" was flat with a 1.3 in the 18-to-49 demo, while "The Simpsons" returned up a tick to a 1.6. "Family Guy" slid a tenth to a 1.4 rating, while "The Last Man on Earth" plunged 36% from its year-ago 1.4 to a 0.9 in fast nationals. Final live-same-day results will be available on Tuesday morning.

Freshman series "Son of Zorn" was unspectacular in its time-slot premiere, averaging a 1.2 at 8:30 p.m., down three-tenths (1.2) versus last season's "Brooklyn Nine-Nine" opener, while losing half of the 2.4 rating it delivered in its special post-NFL preview on Sept. 11. It's worth noting that Fox's "Animation Domination" lineup puts up much more robust numbers when the block follows on the heels of a late-national NFL window, so look for Fox's Sunday prime deliveries to improve noticeably next week, when it airs the Cowboys-49ers game.

Speaking of the NFL, while fast nationals data is only directional at best when it comes to live sporting events, the unadjusted preliminary numbers suggest that CBS will see a slight decline in its second 4:20 p.m. window. Available in 52% of the country, the Eagles' 34-3 blowout of the Steelers was so anticlimactic that CBS switched away from the game in several markets, moving on to the much more competitive Chargers-Colts battle. A third game, Jets-Chiefs, aired in New York, New England and a broad swath of the Midwest.

Per Nielsen overnights, the late national window averaged a 13.9 household rating, down 1% compared to last year's broadcast (Bears-Seahawks in 83% of the country). That number was adjusted down to a 12.9 household rating in the final live-same-day tally.

NBC's "Sunday Night Football" (Chicago-Dallas) is also on pace to take another ratings hit, drawing a preliminary audience of 18.9 million viewers and a 12.9 household overnight, making it the network's lowest-rated Cowboys game since 2010. Last season's analogous "SNF" game (Broncos-Lions) delivered just shy of 20 million viewers per the fast national prelims, a figure that was adjusted up to 22.1 million viewers and a 13.1 household rating in live-same-day.

The networks on Monday night will air only an hour of original programming, ceding the rest of their primetime schedules to the first presidential debate between Hillary Clinton and Donald Trump.