Magazine companies are increasingly shifting their attention to the surging Hispanic community in the U.S. and their impressive buying power. 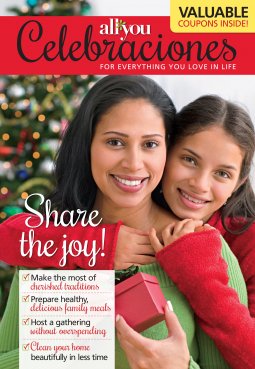 Celebraciones, in December's All You

In the last 10 months, Hearst, Conde Nast and Time Inc. have introduced or strengthened English-language magazines and inserts aimed at Latinas, a growing demographic that marketers are eager to reach. Ad spending on Hispanic media climbed 11% to $7.9 billion in 2012, according to Ad Age's Hispanic Fact Pack, faster than the general market.

But the vast majority of the spending in Hispanic media -- $5.8 billion -- is flowing to TV. And digital media seems to be siphoning off what's left for print magazines, where spending last year shrunk 19.5% to $294 million.

Whichever set of numbers you go by, however, publishers are determined to improve on them, lately by trying to capture the attention of second- and third-generation Hispanics.

Gonzalo del Fa, president of GroupM Multicultural, said large publishers are targeting Latinas with publications written in English but with a Hispanic flavor. "The reality is that more and more Hispanic consumers are becoming bilingual," said Mr. del Fa. According to a 2012 Pew Center poll, nearly one-third of Hispanics speak and read English "very well" or "pretty well." Among third-generation Hispanics, the number climbs to 96%.

"Publishing companies realized they had to do a specific product for these consumers," he said. "It was not just about adding a couple of pages in their main book to reach these consumers."

To that end, Hearst and Conde Nast have introduced English-language siblings to Cosmopolitan and Glamour , respectively. Time Inc. is now moving into the space with the December issue of All You magazine, which includes Celebraciones, a 12-page insert on holidays and family gatherings for Latinas. It is one part of a multi-platform effort that pulls in Latina bloggers, who offer tips in the print magazine and online. They will also lead Twitter chats.

Nestle USA is sponsoring the effort, with ads across print, digital, mobile and social media.

"We realized we could do a better job reaching this audience by segmenting out a product within our product that brought in some of these cultural cues," said Diane Oshin, the magazine's group publisher. The program includes a strong mobile component, she added, partly because 56% of Hispanics shop with a mobile device, compared with 33% of non-Hispanics.

The fact that All You is sold primarily at Walmart was a strong part of Nestle's decision to sponsor Celebraciones, according to Vanessa Rivera, manager for multicultural marketing communications at Nestle USA. "They can introduce us to this woman who is shopping at Walmart," Ms. Rivera said. 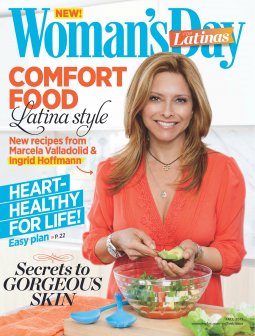 Mr. del Fa said companies are feeling a sudden sense of urgency to appeal to Hispanics, particularly women. "Five years ago I remember going to see clients and they'd say: 'Thanks very much, we'll give you a call,'" he explained. "And now clients are calling us saying, 'Hey, remember how you came here a few years ago. Well we need to do it now.'"

According to a Nielsen report published in August, Hispanics' purchasing power is $1.2 trillion. And Latinas control the buying in 86% of their households, the Nielsen report said.

The largest magazine in the Hispanic category is Time Inc.'s People en Espanol, outpacing its competitors by a wide margin, according to HispanicMagazineMonitor. It remains strong, with ad pages last year up 13.5%. Ad pages at English-language title Latina, the category's second largest magazine, were off 1.5%. Meredith Corp.'s Spanish-language titles Ser Padres, which is distributed in doctor's offices and elsewhere, and Siempre Mujer, also saw ad pages fall last year.

Monique Manso, publisher of People en Espanol, cautioned that publishers entering this space -- whether in English or Spanish -- need to speak to Hispanic consumers in a contextually relevant way. "There is the danger of not speaking to them correctly," she said.

Even if publishers strike the right tone, marketers are moving their dollars from print to TV and digital in an effort to follow their audiences. Magazines could lose Hispanic readers and marketers before their publications gain any traction if they don't include a strong digital component.

Last month, Hearst said it would increase the frequency of Cosmo for Latinas from quarterly to five times a year, while maintaining its distribution of 545,000. It ran 225 ad pages this year, according to a Cosmo spokeswoman, up 9% from 2012, when it published only two issues. Copies are sent to self-identified Latinas polybagged with Cosmopolitan for that current issue and sold on newsstands in top Hispanic markets and nationally in Walmart, Target and Barnes & Noble stores, a Cosmo spokeswoman said.

Glam Belleza Latina, a quarterly introduced this year, is polybagged with Glamour and sent to subscribers who self-identify as Latino, a Glamour spokeswoman said. They are also sold on select newsstands. The Glamour spokeswoman said Conde Nast does not disclose ad-page numbers for special editions such as Glam Belleza Latina, which has guarantees its advertisers a distribution of 250,000.

And Hearst recently said it would hold Cosmo for Latinas Live, a two-day conference aimed at millennial women, in 2014. The company also polybagged a Woman's Day for Latinas with the November issue of Woman's Day.

"We looked at the marketplace and saw there weren't many service-oriented magazines speaking to Hispanic women in their 40s, and in English," said Ms. Spencer. "We want to speak to her personally and get at what interests her."