Atlantic Is Latest Media Company to Try to Make Social Pay, But History Suggests It's Not Easy
READ THIS NEXT
ViacomCBS introduces digital ad platform

Atlantic Media this month plans to introduce a new opportunity to its clients: Twitter ads. The publisher will be able to target advertiser messages in several Twitter apps to @TheAtlantic's 190,000 or so followers, as well as a broader group chosen based on keywords and people they follow.

It's the latest attempt among publishers to mine something as financially concrete as advertising or circulation revenue from social media, which has been so beneficial for many sites' traffic. But after years of experiments, social media is still stingy about giving up anything but eyeballs. 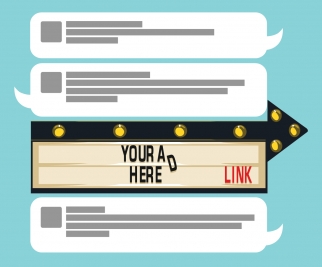 To be sure, many publishers are finding clever ways to use social media to expand the reach of their ad programs or to make their paid products more appealing. Travel + Leisure, for example, held a Twitter chat about Charleston, S.C., this fall that was part of a broader program paid for by the Charleston Visitors Bureau. Glamour helped advertisers in its May issue get 50,000 new "likes" on Facebook. And People last week released an iPhone app called CelebWatch that mixes the magazine's headlines with tweets from users' favorite celebrities. It's free to the magazine's subscribers and costs everyone else at least $9.99 per year.

It's just that early hopes of straightforwardly turning tweets into key ad inventory or Facebook into a subscription store have proven difficult to realize.

In 2010 and 2011, competing startups built digital storefronts that could sell print subscriptions in Facebook news feeds. For example, a tech provider called Alvenda hooked up with Synapse, a Time Inc. division that sells subscriptions for many publishers, for a widget to let Facebook users expand headlines into subscription offers without leaving Facebook. Another tech firm, Moontoast, worked with subscription reseller Magazines.com. Both approaches suffered and ultimately halted because it turned out people on Facebook were there to socialize rather than subscribe.

"The Facebook commerce approach to selling magazine subscriptions didn't work so well," said Wade Gerten, CEO at the former Alvenda, which has pivoted toward enabling social experiences on e-commerce sites under the name 8thBridge.

There may be ways to make some sales through social media. "When people are on Facebook, they're not in it for shopping, they're in it for social activity," said Marcus Whitney, chief technology officer and co-founder at Moontoast. "However when people are connecting up with brands and then receiving the brands' content in their news feed, they are looking for great content and in many cases they're looking for a preferred consumer relationship -- meaning they would like to be aware of products that are going to come out or if there are deals."

Publishers so far though have mostly returned to concentrating on easier, more traditional ways to grow their paid circulations.

On the ad side, most still hesitate to use the inventory readily at hand: their own Twitter and Facebook feeds. In 2009, Us Weekly extended its business relationship with State Farm to include sponsorship of its Facebook page in what looked like a first for a media company on the social network. But the tactic faded instead of spreading.

Titles including The Atlantic, Forbes and Cosmopolitan do use their feeds to promote branded content or sponsored contests back on their sites, marking the links as "sponsored."

SPONSORED: Have you ever been enchanted? Tell us and you could win @wonderstruck Enchanted Taylor Swift prizing! cosm.ag/6010pXHs

But those are pieces of larger programs anchored by other elements. And most brands haven't even gone that far, partly out of fear they'd turn off followers.

"Nobody likes to be duped into clicking on a link, and we prioritize the clear distinction between what's news and what's advertising," said Alisa Bowen, chief product officer at Dow Jones, parent company of The Wall Street Journal.

It's also a challenge of scale. Even with hundreds of thousands of followers or fans, posts rapidly sink beneath newer content, making it hard to deliver the exposure that marketers typically expect from an ad. Atlantic Media's plan, using technology from a firm called 140 Proof, tackles this by floating ads on top of feeds and targeting people beyond its own followers. But the technology doesn't run on Twitter or apps it owns. And besides, if advertisers want to buy a standalone tweet, it might be easier to do that through Twitter itself.

So publishers continue to use social to improve, enhance or build out broader programs and experiment around the edges: People StyleWatch in September turned the wallpaper on its Twitter profile page into an ad for Jergens Daily Moisture.

Scott Galloway, clinical professor of marketing at NYU Stern School of Business and founder of the research and consulting firm L2, believes in-stream ads will eventually arrive on publishers' feeds and predicts that magazines and newspapers will even insist on serving paid tweets in their famous correspondents' feeds. "They have absolutely no choice but to start grasping for money everywhere," he said.

Michael Clinton, president-marketing and publishing director at Hearst Magazines, said advertisers want to communicate with audiences across platforms including social media. "As time goes on, it will be a growing revenue source for us," he said.