Where Have the First-Quarter Ad Dollars Gone? | Ad Age
Skip to main content

Where Have the First-Quarter Ad Dollars Gone?

Ad Age Takes the Industry Pulse and Finds TV, Digital Have Benefited Most -- and May Do So for the Rest of 2012
READ THIS NEXT
TV's most expensive shows for advertisers this season

"Nobody's going to be fired for spending on Facebook."

Thus a digital-media executive summed up the sentiment on Madison Avenue as advertisers from American Express to Zappos are trying to stretch every marketing dollar. The theory is that wary financial investors will applaud spending on social media because of its lower cost and growing reach. So it follows that the ad dollars flowing to social media are buoying the ad economy at large, right? 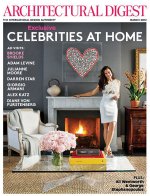 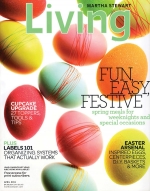 Some magazines titles, such as Architectural Digest, above, have seen ad-page jumps of more than 20%, while others, like Martha Stewart Living, are down by the same rate.
Think again. While social media is getting a lot of attention and spending, the big bucks are going where they've always gone -- TV. Social-budget dollars are coming from print, radio and other web properties.

Magna Global's estimate for ad spending in the first quarter is print down about 5.6%, radio down 0.3%, outdoor up 5% and TV up 4.5%. For the full year, Interpublic Group's Magna has predicted rises of 6.8% for TV ad spending, including political and Olympics spending, but 2.4% excluding them; 11% for web; 0.8% for radio; and 4% for outdoor. It forecasts declines of 6% for newspapers and 5.9% for magazines.

Continued fragmentation and the rise of social mean individual traditional-media sellers may not experience the projected rebound even if marketers are spending more on the whole. And positive economic headlines don't encourage increased ad spending as much as all media sellers would like.

"I don't think we've truly experienced recovery," said one print buyer, who added that most ad budgets are flat. "When consumers spend, then marketers will have more money to put back into marketing."

The first part of 2012 should spell the end of a lengthy slowdown that has crimped ad spending, according to Vincent Letang, Magna's global head of forecasting. "It will pick up a little bit in the third and fourth quarters, and a lot more if you factor in political and Olympics money," he said.

TV ad spending fell in the fourth quarter of 2011 but began to climb and stabilize in first-quarter 2012, though General Motors told networks it would cancel some portion of its agreed-upon upfront outlay for second-quarter ad spending on broadcast and cable. Even so, ad-sales executives at TV networks say they are seeing healthy prices for so-called scatter advertising that is purchased closer to air date.

Fortunes naturally flow to the strongest in the sector. Ratings at the top 10 cable networks were weak on average in the first quarter, while smaller channels appear to be gaining, according to RBC analyst David Bank. TBS and History show some strength, but most other top-tier cablers are weak, he said.

News Corp.'s FX, for example, has ended its phenomenal five-year run as insurgent networks such as AMC are growing. Even relative unknowns such as GMC (Gospel Music Channel) are getting some lift.

Some of 2011's TV growth simply is nowhere to be found this year. The abnormal percentage gains were fueled partly by marketers' loosening their purse-strings to compete for consumers trying to shake off the recession. And many advertisers used some of the funds typically budgeted for scatter buys to lock down lower prices during upfront talks.

Banks and credit cards "have not fully recovered, at least in their media spend, and some still seem to be trending down," Mr. Bochicchio said. In other categories, drugmakers feel crimped by government scrutiny of their advertising, and movie studios have fewer blockbusters to promote .

There are bright spots. Insurance companies, particularly auto insurers, remain heavy spenders, as do tech and telecom marketers. Automakers are also advertising, according to Mr. Bochicchio. "I still don't think they are back to prerecession numbers, but they are up," he said.

Mr. Bank at RBC said that a handful of players, including Apple and JC Penney, most likely drove sequential improvement in volume.

For print, recovery is underwhelming

Ad pages at monthly magazines declined 5.6% for January through April 2012 year over year, according to the Media Industry Newsletter.

Although ad pages rose by more than 20% at some titles, including Architectural Digest, Ebony and Traditional Home, they fell by the same percentage range at a wider range of magazines, including Martha Stewart Living, Maxim, Saveur, All You, Muscle and Fitness, Seventeen, Prevention, American Baby, Popular Science and Tennis.

Conde Nast, publisher of magazines such as Vogue and The New Yorker, said that it is seeing growth in luxury- and beauty-ad spending but that marketers on the whole aren't picking up the pace as much as many players had anticipated.

"The U.S. economy, the stock market -- everything seems to be going in the right direction, but I would say that the velocity of growth from advertising, you would have expected to be faster than it is ," said Lou Cona, chief marketing officer at Conde Nast.

As Magna Global suggested, some of the delay may be connected to the Olympics, which could be funneling money toward summer TV. "For companies that are Olympic sponsors, the money has to come from somewhere," Mr. Cona said. "I think there is less money out there for traditional campaigns."

And in the Republican presidential campaign, debates have provided a lot of free publicity while the lack of a clear nominee has stalled some political spending.

Clear Channel, the radio and outdoor advertising giant, is finding improvement in sectors such as auto and financial services, according to CEO Bob Pittman.

"That said, we are seeing later [placement] as advertisers are more cautious about committing too far in advance, and we're still watching to see if the Olympics takes money out of the general marketplace," Mr. Pittman said. "On the political side, it's softer than in 2008, but that 's to be expected until it's a two-party race -- there's a lot of money on the sidelines right now."

There may also be a more fundamental shift going on as marketers focus on high-profile, major bets with a handful of players and spread the rest of their dollars among efficiency plays. For instance, online advertising appears vigorous but look under the hood and you'll find it's running largely on Google and Facebook.

"The rich are getting richer," said one digital-media executive, referring to the two giants, which continue to put distance between themselves and the pack. "All our clients call me and ask, "What is our Facebook strategy?'" -- despite a wide lack of agreement on the effectiveness of social-media advertising, the exec said. "We are seeing increases in spend" motivated less by financial evidence than a belief that "they have to be there."

Facebook, of course, is only too happy to foster that belief, as marketers described an aggressive push by the social network as it looks to ring up ad sales before its initial public offering. Brian Weiser, analyst at Pivotal Research, estimates that Facebook grew 46% and Google 22 % in online display in the first quarter.

It is true that Facebook's advertising business has been maturing over the past few years -- revenue from ads hit $3.15 billion last year, vs. $1.87 billion in 2010. But over the past six to eight months, Twitter has become a place where serious money can be spent, the digital marketer said. Top media partners no longer treat the microblogging platform as experimental and are spending into the six figures. And some of the earmarks for social aren't headed to any ad seller but rather invested in development and content.

"Spending on content creation, application development and social media continues to grow," said Jeff Lanctot, chief media officer at Razorfish. "These are efforts that might be supported by paid-media budgets but aren't necessarily dependent on it. Marketers are spending the money, just not exclusively in the old familiar places."

A collection of digital chiefs at media agencies said that digital budgets in the first quarter are about flat year over year.

Carl Fremont, Digitas' exec VP and media director, said retail spending on digital -- a barometer for the entire ecosystem -- has been flat to slightly down. Still, he forecasts that the activity will see growth in the low-teen percentage-point range in 2012.

Display-advertising CPMs held steady in 2011 in general but dropped at big players AOL, Yahoo and Microsoft, according to an analysis by SQAD, which sells a display-ad pricing tracker.

Some of the instability might be the result of daily-deal sites such as Groupon and Living Social -- a sizable display-advertising category a year ago -- making fewer large placements. A research report from financial firm Macquarie found only one home-page ad from a daily-deal company -- Groupon -- across Yahoo, AOL, MSN, YouTube and Amazon in the first six weeks of 2012, representing less than 1% of such ads. By contrast, that number was as high as 8% in second-quarter 2011.

Advertisers may also be looking to spend the remainder of their digital budgets more efficiently via networks, DSPs and agency trading desks. That means tough times for publishers' direct sales forces.

Even in good times, however, ad budgets don't grow much from year to year. Publishers must either steal share or hope the economy creates new businesses that become advertisers -- something that hasn't happened much over the past few years.

And don't discount unusual channels as an interesting magnet for marketers' budgets.

Tony Palmer, president-global brands and innovation at Kimberly-Clark, said that money is flowing to nontraditional areas.

For example, "in Brazil, the vast majority of the first year's diapers are given in baby showers," Mr. Palmer said. "They're really diaper showers. So if you're a diaper marketer, you'd better understand how to get to those diaper showers. Some people will do that digitally. Some will walk into a store. ... The objective is to own the point of market entry and own subscriptions for the first year."

Shopper and in-store marketing is also taking a growing role, Mr. Palmer said. "Why is Apple opening retail stores?" he said. "They're opening stores because retail is really important."