R.J. Reynolds is returning to TV advertising for the first time since 1970 to back a new "digital vapor cigarette" called Vuse. The product will be marketed by a subsidiary called the R.J. Reynolds Vapor Co. 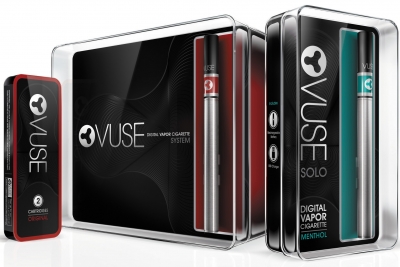 Vuse will initially only be available in Colorado starting July 1. Colorado is the first state in an eventual national rollout, R.J. Reynolds Vapor Co. President Stephanie Cordisco said, although she did not provide a timeline for the wider launch.

The Colorado launch will include print, TV and direct mail marketing all targeted at adults. Reynolds will be utilizing its consumer database to ensure direct mail marketing only goes to verified tobacco age consumers, Ms. Cordisco said at a press conference in New York today, its first in two decades.

Once a big revenue driver for TV networks, tobacco advertising on TV was banned starting in 1971. But because e-cigarettes are not currently regulated by the Food and Drug Administration, the company has the freedom to use marketing channels unavailable to its traditional smoking brands. Mr. Delen said he believes "that an announcement [from the FDA] is imminent," however, at which point the administration would have authority to regulate the category.

Reynolds American CEO Daniel Delen said that the tobacco industry was at "inflection point" in which customers want products "that fit with a 21st century lifestyle." As such, the company will market the device as the only e-cigarette available that replicates the traditional smoking experience. The tagline: "Promise Landed." The agency is CHI, London.

The target market for the device is existing smokers who have wanted to transition from traditional cigarettes to e-cigarettes, but who have thus far been unimpressed with the e-cigarette smoking experience, executives said.

More than 40% of smokers have tried e-cigarettes, but approximately 80% go back to exclusively smoking traditional cigarettes, according to Brice O'Brien, the company's exec VP-consumer marketing.

The poor quality, taste and inconsistent delivery of most e-cigarettes is what has deterred smokers from making the switch, said Daniel Herko, senior VP-research and development at Reynolds.

What will make smokers permanently change to using Vuse is the device's superior technology, Mr. Herko claimed. A microprocessor in the device ensures Vuse will deliver "the perfect puff every time," he said, which will differentiate the device from the 250 brands already in the category.

Designing the product to look "look like a smart piece of technology" and not a traditional cigarette will be important to consumer adoption, Ms. Cordisco said. The product is designed with black, red and silver colors to help it "better fit with societal expectations," she said.

Reynolds said it is not marketing the device to smokers looking to eventually quit smoking altogether. When asked whether Vuse would be marketed as an anti-smoking device, Mr. Herko, who was smoking Vuse while fielding questions at the end of the press conference, said, "No, sir. ... And we're not making any health claims."

Anti-smoking advocates are not so sure. "Whenever a major tobacco company introduces a product, we remember the industry's long history of deceiving the public about the health risks of its products," Peter Hamm, director of national communications for the Campaign for Tobacco-Free Kids.

He added that he is skeptical Vuse will only be marketed to existing smokers. "We're going to watch very carefully in the coming years as this product plays out in the marketplace."

Cigarette advertising reached its peak in 1985, with $932 million spent on media that year, and has been steadily declining since, according to Ad Age DataCenter analysis of data from the Federal Trade Commission's annual cigarette reports. In 2011, media spending for the category was just $26.9 million, with dollars shifting to promotional efforts including events, coupons and retail displays. There has been no TV spending since 1970, when the industry spent $219 million on the medium.