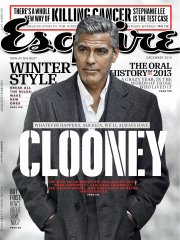 Ad pages across the category swelled 13% compared with last year, according to Media Industry Newsletter, with all but one title gaining pages.

The increase comes as many marketers are shifting more of their dollars to digital properties and spending less on magazines. Women's fashion titles have managed to grow in this climate; industry wide, however, monthly magazines' ad pages were essentially flat.

Maxim was the only laggard, with ad pages declining 16.7%.

What's behind the gains? Publishers insist men are more style conscious than ever before, so they're turning to magazines to advise them. And marketers are following along. You might even say it's the return of the so-called metrosexual.

You might say that. But there's actually a confluence of factors at play. Here are five:

The simplest explanation for this year's bounce is that ad pages at men's titles fell at a sharper clip than magazines as a whole last year. The category was down 6%, according to Media Information Newsletter, compared with a 4.3% decline overall. That stands to make this year's gains sharper. 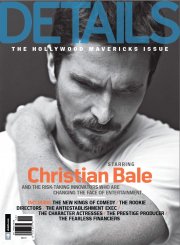 2. Men's spending habits are cyclical, sort of obsessive and favored the category this year.

The male consumer tends to shift his focus from one category to another in a cyclical fashion, according to Marshal Cohen, chief industry analyst at The NPD Group. For several years they will invest in one category of product. It had been tech, now it's clothes and grooming, Mr. Cohen said. "A man cared about his image based on his tech gadgets," he said. "Now it's about the clothes he's wearing and his skincare."

Indeed, men are dropping more cash on apparel, skincare and grooming products, according to NPD Group. That's encouraging fashion and fragrance marketers to spend more in these magazines in order to reach men, media buyers said. Details, for instance, saw double digital increases in ad pages from Bottega Veneta, Burberry, Versace and Prada, according to Kevin Martinez, publisher of Details.

The good times might not last forever. The cycle began last year, Mr. Cohen said, and will likely continue for roughly the next two years.

Instead of cannibalizing print, some magazines are seeing digital buys lead to print pages. Esquire magazine, for instance, sold three times as many larger integrated programs to advertisers than its previous high, according to Jack Essig, the magazine's publisher. "This year we had a few advertisers where digital ideas led to print pages," he explained. "That was never the case; paging historically led to digital business." 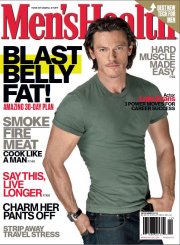 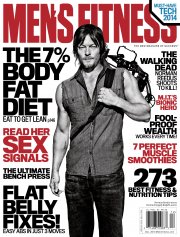 It was also a big year for celebratory issues, with not one but two anniversaries in the category: Esquire rung in its 80th and Men's Health popped the champagne on 25. Publishers were able to line up a parade of advertisers to help celebrate. In November, when Men's Health published its anniversary issue, pages climbed 50% compared with the issue a year prior.

Esquire's anniversary issue in October saw a 63% jump in pages. It was also the most profitable issue of Esquire ever, a spokesman for the magazine said.

Last November, Rodale showed longtime Men's Health editor-in-chief Dave Zinczenko the door. Maria Rodale, the company's CEO, was said to be at odds with Mr. Zinczenko, telling the New York Post that the magazine was "not Dave's Health, it's Men's Health."

But instead of sitting on the sidelines, he began consulting for his former employer's rival, Men's Fitness, helping usher in a redesigned magazine and, with the help of new publisher Patrick Connors, a new slate of advertisers. Ad pages at Men's Fitness ballooned 29%.