Only the NFL, 'Empire' Can Boast Significant Gains
READ THIS NEXT
How to turn your brand into a big winner in the 2021 awards season 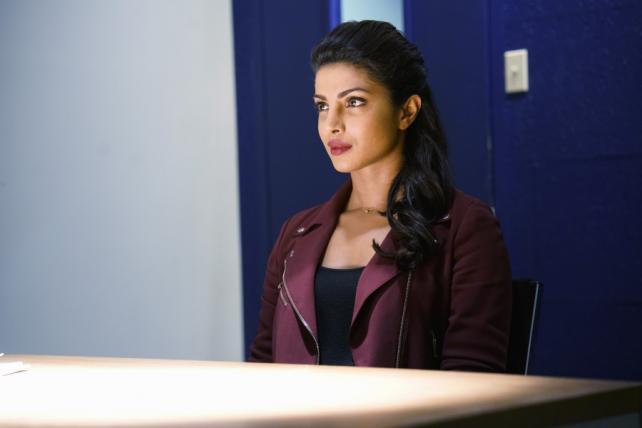 A handful of new shows may help stop the bleeding, but the long-term prognosis for broadcast TV's live ratings remains dire.

Nielsen live-plus-same-day ratings for 41 of the 47 returning Big Four shows are down significantly from a year ago, with the average rate of change in the key 18-to-49 demo lurking at around the 25% mark. Only two shows are experiencing losses in the single digits; meanwhile, a dozen returning series have lost 30% or more of their relevant deliveries.

And it's not just creaky franchises like ABC's "Castle" (-43%) or historically underperforming gap fillers like NBC's "The Mysteries of Laura" (-33%) that are getting clobbered. Viewers are ghosting two of Fox's biggest recent hits, as "Gotham" has fallen 48% from its year-ago marks, while the formerly white-hot "Sleepy Hollow" is languishing (-50%) in its new Thursday night slot. ABC's "Once Upon a Time" is another fan favorite that has seen better days; through its first two airings this season, the fantasy drama has seen 47% of its viewership in the demographic go up in smoke.

A solid performer for CBS a year ago, and a magnet for some of the network's youngest viewers, "Scorpion" is foundering in its second season, dropping 38%. Meanwhile, the older-skewing "NCIS: New Orleans" is down 29% year-over-year.

Two of the six programs that aren't losing ground are prime-time NFL broadcasts. Household ratings for NBC's "Sunday Night Football" are up 8% versus the year-ago period, while CBS's "Thursday Night Football" package has improved 16%, thanks in part to a run of far more competitive games.

And while "SNF" remains broadcast's top-rated prime-time program, the No. 1 scripted show, Fox's "Empire," is enjoying a torrid sophomore season. Through the first two episodes, the hip hop sudser is averaging a 6.1 in the dollar demo, up 56% when compared to its first two spring installments.

The lone bright spot among returning comedies can be found anchoring ABC's Wednesday night lineup. Veteran family sitcom "The Middle" has eked out a 5% gain in the 18-to-49 demo, while lead-out "The Goldbergs" is flat. Also flat: ABC's Tuesday night comedy "Fresh Off the Boat," which leads out of "The Muppets" in the 8:30 p.m. slot.

New shows to the rescue
If the veteran series are getting their collective hats handed to them, the season's newcomers are helping to steal back some of those lost ratings points. Of the 16 new series that have premiered since Sept. 21, nine are showing year-over-year gains compared to the former occupants of their respective time slots. And while not a single new show is averaging so much as a 3.0 in live-plus-same-day ratings -- with a 2.9, NBC's "Blindspot" is closest to the mark -- success is a relative matter.

For example, a reverse halo effect of sorts has helped "Empire" lead-in "Rosewood" put up solid numbers in its 8 p.m. Wednesday slot. The sun-drenched forensics show is averaging a 2.2 in the demo, up 47% when compared to the first two episodes of season 13 of "Hell's Kitchen." And while the live deliveries for "Scream Queens" are nowhere near as healthy as Fox had planned for, the show's 1.6 average marks a 23% improvement when compared to last season's "New Girl"-"The Mindy Project" battery.

Speaking of the Alphabet Net, the Sunday night thriller "Quantico" is perhaps its least ambiguous new hit, posting a 1.9 in the claustrophobic 10 p.m. slot. That marks a 46% lift versus the year-ago "Revenge" and ties "Quantico" with CBS's "Limitless" for bragging rights as the No. 3 drama in the final hour of prime time. Leading out of "The Voice" on Monday nights, "Blindspot" (2.9) is tops, while a slumping (-29%) "How to Get Away with Murder is runner-up with a 2.5.

If nothing else, the year-over-year improvements posted by many of the new shows are helping to stabilize the overall supply of ratings points. Through the first two full weeks of the season, NBC is down 4% with a 2.7 average nightly demo rating, while CBS also has slipped 4%, to a 2.3. ABC is experiencing the most abrupt fall-off, dropping 14% to a 1.8, while Fox beings up the rear up 6% (thanks be to Cookie) to a 1.7.

While time-shifting likely accounts for a big chunk of the overall ratings declines -- not to mention the cannibalistic scourge that is Netflix et al -- the likelihood of the networks' capturing more than a pittance of the concomitant lost advertising impressions remains low. As much as the Big Four have become far more proactive in steering viewers to the more ad-friendly VOD environments, commercial deliveries will continue to suffer so long as DVR remains the dominant time-shifting vehicle. (We'll have a much better sense of where the guaranteed ratings stand next week, once Nielsen has completed processing the season's first batch of C3 data. Stay tuned.)

One final trend worth mentioning has to do with TV usage among the younger demos. A year ago, young women began disappearing from broadcast's radar, and while the numbers for week one weren't exactly encouraging, there appears to have been some improvement since the season began. For example, while PUT (people using TV) levels among women 18-to-34 were down 10% in week one, the declines moderated to minus-5% in week two. Likewise, after usage among women 18-to-24 was down 13% during the first week of the season, that improved to minus-6% a week ago.

Unfortunately, the younger male viewers didn't seem to get the memo. Whereas PUT levels for men 18-to-34 were down 15% in week one, they weren't much better the following week (-13%). The same applied to usage among men 18-24, which dropped 19% during premiere week and remained in the doldrums (-18%) last week.