The Ring's the Thing: Boxing Returns to Broadcast Prime Time 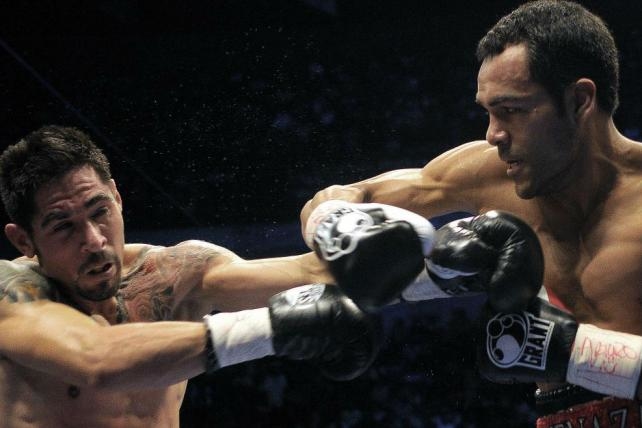 For the first time in 30 years, boxing this weekend will return to NBC's prime-time lineup. And while the network hopes the new "Premier Boxing Champions" series sparks a revival for the sport, it isn't making any guarantees about its ratings performance.

Per terms of an agreement between NBC Sports and boxing power broker Al Haymon, NBC in 2015 will carry five prime-time fight cards on Saturday nights, with the first pair of bouts set to air on March 7. The inaugural broadcast should easily out-punch the usual run of sleepy Saturday repeats, but NBC won't be setting a ratings target for its advertisers.

As it turns out, Mr. Haymon's organization will handle the advertising inventory in and around the fights, pocketing whatever it takes in. (Sports marketing agency SJX Partners will look after the actual transactions.)

In this way, Mr. Haymon will look to defray the cost of his initial investment; the NBC Sports "PBC" package is a straight time buy, and sources estimate the cost per broadcast at $1 million a pop. (With six additional Saturday afternoon bouts set to air on NBC and another nine planned for weekend prime on NBCSN, Haymon Boxing will plunk down some $20 million on the Peacock package.)

The somewhat unorthodox revenue split should work out in the broadcaster's favor. As NBC Sports Programming President Jon Miller acknowledged, "there's not a lot of inventory out there to sell, [because of] the way fights are being formatted." Mr. Miller added that fight fans "will see very few commercials in first fight -- it's a sponsor-driven model."

If nothing else, not having to shoulder the burden of ad sales takes a lot of guesswork out of the game for NBC. "How would you even price it?" Mr. Miller said, reiterating that the rate card for prime-time boxing is three decades out of date. 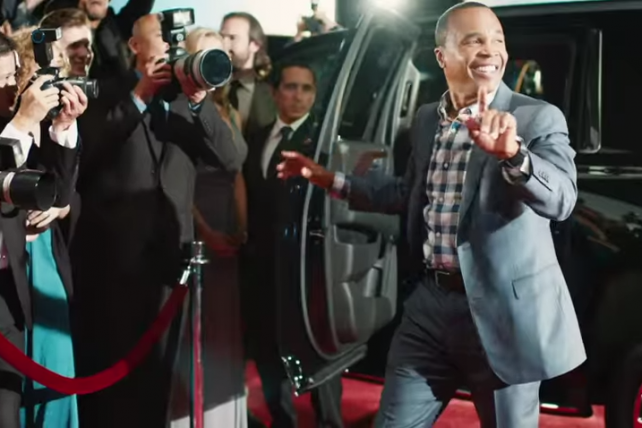 The last time NBC aired a prime time fight was on May 20, 1985, when Larry Holmes and Carl "The Truth" Williams slugged it out for 15 rounds in Reno, Nevada. That heavyweight championship match did an 18.5 household rating; for the sake of context, that's the same overnight number ESPN delivered in January with its coverage of the first College Football Championship. To say that no one expects the first "PBC" broadcast to do even a quarter of that is to traffic in a realm of vast understatement; that said, there's no reason why the fights shouldn't hang a much bigger number than last Saturday's Rangers-Flyers broadcast (0.8 HH rating).

So why did broadcasters bail on the sweet science? For one thing, as promoters began to shift the most compelling fights to pay-per-view platforms, network ratings tumbled. Not helping matters was the growing perception that the sport was crooked, a sentiment fostered by the shady characters who ran the show back in the day.

"We love boxing, but we just got very disappointed and frustrated that it was being led by individuals that were more interested in growing their own businesses than the sport itself," Mr. Miller said. "You had double-dealing promoters and fighters not showing up for fights…and our affiliates and advertisers grew tired of it. So we left."

Season-to-date, NBC is averaging around 2.4 million viewers with its Saturday encores, while CBS's "Crimetime Saturday" lineup delivers a little more than 5 million viewers. By far, the most-watched program on the lightly-trafficked night is the ESPN "Saturday Night Football" package, which airs on ABC. The college football showcase this season averaged 6.52 million viewers and a 4.0 HH rating.

Prior to the "PBC" deal, the nearest NBC has come to a time-buy arrangement in recent years was with the Ford-backed 2012 series "Escape Routes." While not strictly a pay-to-play opportunity, Ford ceded all ad sales revenue to NBC across six hours of prime-time Saturday estate. (The only stipulation was that Ford would serve as the lone automotive sponsor.) The resulting program averaged just 1.2 million viewers over the course of its run.

Earlier this month, CBS announced that it also had carved out a multiyear deal with Haymon Boxing that will bring the sport back to the nation's most-watched network for the first time since 1987. Also structured as a time buy, the CBS-Haymon pact will include at least eight Saturday afternoon cards, with the first broadcast set to air on April 4.

Both broadcasters will sell ads in the programming surrounding the fights.

Haymon Boxing's stable of fighters will continue to air on the CBS-owned premium cable net Showtime, which pays a rights fee to carry its package.

While Mr. Haymon is one of the sports world's greatest enigmas-- he rarely makes public appearances or speaks to the press, so it wasn't terribly surprising that he was a no-show at NBC's February "PBC" press conference -- he is also the most influential figure in the sport. His most celebrated client, the five-division world champion Floyd Mayweather Jr., is widely acknowledged as the catalyst behind the renewed interest in what has long been a moribund pastime. (A new NBC spot designed to remind viewers of boxing's glory days, when fighters like Muhammad Ali and Sugar Ray Leonard were indelibly etched into America's collective unconscious, began airing last weekend.)

Indeed, as far as NBC is concerned, they wouldn't have returned to the ring if not for Mr. Haymon.

"There were a lot of people who came to us to pitch us boxing ideas … and none of them did we even consider," Mr. Miller said. "He's been a great partner."