Top-Five Book Category 'Future-Proofed' Itself Thanks to Cheap Prices, Built-in Word-of-mouth
READ THIS NEXT
Facebook offers millions of dollars in refunds to advertisers tripped by measurement mistake 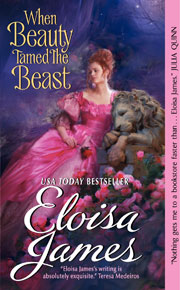 Partly because romance novels were already curiously future-proofed and partly because publishers are making some forward-thinking marketing moves, titles such as "Storming the Castle" and "Goodnight Tweetheart" actually have a lot to say about how to navigate the media business ahead.

Despite competition from free fan fiction and the problems facing publishing in general, romance remains a top-five category among more than 80 types of consumer books, generating more than $1.36 billion in 2009 and expected to stay about flat in 2010, according to the Business of Consumer Book Publishing report from Simba Information, a market research company.

"Every segment of consumer books has its challenges," said Michael Norris, senior analyst at Simba. "Romance is definitely no exception. But it's such a huge category with such a loyal following. I'd be very surprised if the category ever dropped out of the top five."

It helps that romance was well prepared, in many ways without trying, for the challenges that would come. Its fans like to talk to one another, to the eventual advantage of the romance sites and social-media plays that have now emerged. And its books were typically priced pretty low. There's more free content every day, but romance publishers are proving that cheap can be pretty persuasive, too. 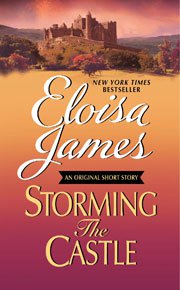 "What I've seen as the economy has slowed down and e-books have started to pick up, is folks are buying fewer books," Mr. Norris said. "But they have a tendency to buy more paperback books and books with a low price point. With romance there really hasn't been a compromise for readers to make."

Publishers are also leaning ever closer to fans, most recently with a site going live on Valentine's Day, Macmillan's HeroesAndHeartbreakers.com. Inspired by Macmillan's Tor.com, which talks about science fiction whether it involves a Tor title or not, Heroes and Heartbreakers won't limit discussion to Macmillan books. The site has already, for example, acquired stories from authors at other publishers, including "The King's Dragon" by Carolyn Jewel, whose forthcoming "My Dangerous Pleasure" is being published by Forever, an imprint of Hachette's Grand Central Publishing.

The lesson: Don't mistake yourself for your whole niche. "We don't think you can build a community that is limited," said Liz Edelstein, a senior manager for content and marketing at Macmillan who started her career in technology at Netscape. "If you're going to build a community you need to give them the full picture."

And the community will give publishers a fuller picture back, she said. "They're not just reacting to a small piece of the pie."

Rival romance publisher Harlequin does something similar with eHarlequin.com, which prominently promotes Harlequin novels but doesn't stop there. A post on suggested reading for 2011 includes books from Forever, Simon & Schuster's Touchstone, Macmillan's Thomas Dunne Books and Pocket Star, among others.

"We want people to discuss romance in general," said Michelle Renaud, senor manager in the PR department at Harlequin. "The Harlequin brand comes through very naturally because it stands for romance. We don't need to force that." 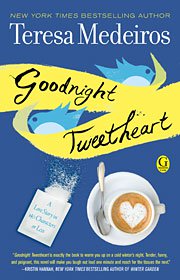 Such sites are just one way publishers are trying to maintain and spark new relationships with fans, who were hardly ever out of arms' length anyway -- another strength of the genre that has played well in the new media landscape. "Romance has never been traditionally review driven, in the sense that you're going to get a front-page Times review or get on NPR and sell a bunch of copies," said Liate Stehlik, senior VP-publisher at the Morrow Avon and Voyager imprints of HarperCollins. "So you've always relied on a grassroots way, from the beginning."

Now publishers, authors and readers just have more tools to talk. Novellas, shorts and samplers for e-readers, where the romance genre's voracious readers seem to have gravitated enthusiastically, have become a fairly common tactic among romance publishers. To tease last month's Eloisa James release "When Beauty Tamed the Beast," for example, Avon decided to first sell an electronic-only novella, "Storming the Castle," that included excerpts from the forthcoming "Beast." Pre-orders for "Beast" spiked.

Pocket Books has offered the first few chapters of different books as e-samplers. Then there is December's "Goodnight Tweetheart" by Teresa Medeiros, a Pocket book that's told almost entirely in tweets. "R U a Twitter virgin?" one character asks the protagonist, Abby, by tweet. "This is my first time," Abby replies. "But you're not being very gentle with me."

Pocket built the book a custom landing page on the web, where it posted a playlist of songs posted in the book, an interactive map, a downloadable e-card and, of course, "deleted tweets."