Downfall of Once-Dominant Title Started Long Ago
READ THIS NEXT
Local advertising will rebound steadily in 2021, new report predicts
Downfall to a dollar: TV Guide was once the centerpiece of a $3 billion deal.
Credit:

NEW YORK (AdAge.com) -- The news that TV Guide is being sold for $1 is shocking enough -- an issue costs $2.99 on newsstands, for crying out loud. But anyone who has been paying attention to the media revolution can't really claim to be surprised at what dragged this once impossibly powerful property from its heights. 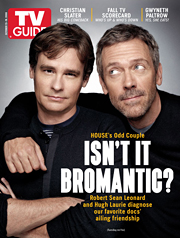 Downfall to a dollar: TV Guide was once the centerpiece of a $3 billion deal.

Keep in mind, this is the magazine that crowned Triangle Publications when Rupert Murdoch's News America bought it for $3 billion in 1988. The deal was the largest yet in publishing, crushing the prior record holder, Gannett's $717 million acquisition of five TV stations and the Detroit News. "Good God," former Newsweek editor Osborn Elliott told The New York Times when he heard the price.

That's not so different from the surprised reactions last week after a filing with the Securities and Exchange Commission revealed Macrovision had agreed to sell the iconic 55-year-old TV Guide magazine to private equity for the sum of $1. Macrovision even agreed to loan the buyer, a fund called OpenGate Capital, up to $9.5 million at 3% interest to sweeten the deal. "They were paid to take it," an unhappy former TV Guide employee said last Thursday.

When it changed hands 20 years ago, in contrast, TV Guide's paid circulation averaged 7.2 million, rivaled only by Reader's Digest. "It has a wonderful future," Martin Singerman, president of News America Publishing, crowed to BusinessWeek. "TV as an entertainment and information medium will continue to grow. There are more shows and more families watching."

In retrospect, though, that may have been the first problem. TV did continue to grow, particularly after the emergence of cable. The number of channels multiplied, forcing the digest to cram more information into its listings pages. And cable operators began publishing their own guides, providing new competition for TV Guide's core function.

Still, TV Guide held the No. 1 spot when Ad Age ranked the top 300 magazines by their 1989 revenue. It held that spot through the rise of cable and satellite, the advent of on-screen program guides and the arrival of online listings. TV Guide owners and executives, as a matter of fact, may have moved too far toward digital.

"From our point of view, the key to this deal is that we wanted to look at how TV Guide looks in the future rather than how it looked in the past," Ms. Disney told Reuters. "It cannot just be a print vehicle. It has to have other platforms as well."

For the print magazine, though, too much attention on the other platforms soon became a problem. By the time the deal closed in 1999, paid circulation was down to 12 million. Then the new TV Guide Inc. merged with Gemstar in 2000, ending a distracting tangle of patent litigation over electronic program guides but further concentrating management priorities in digital media.

Ms. Disney lasted four months in her job before stepping aside to return to News Corp. proper. Her successor, Joe Kiener, came from the music and entertainment worlds. "The magazine is a relatively mature brand that two years ago reached a plateau in terms of its platform value," Mr. Kiener told Ad Age then. "The product, in print, is about entertainment and utility. That utility will clearly have its limits and will ultimately wind up on your TV screen."

For better or worse, he didn't last long either. Gemstar CEO Henry Yuen told Wall Street that Gemstar's cable-channel guides would collect ad revenue topping $100 million in 2001. "We are in danger of setting ourselves up for the potential of significant failure," Mr. Kiener wrote to his boss in August 2000, according to a Wall Street Journal article at that time. Mr. Kiener left the company a few months later.

The print edition, meanwhile, that summer cut its guaranteed paid circulation to 9.9 million. Editorial pages were axed as the cover price got hiked. People magazine usurped TV Guide's No. 1 ranking by revenue. After that, the SEC would later allege, Mr. Yuen began manipulating the company's financial results. By 2002, as TV Guide slipped to third in revenue, Gemstar told shareholders its revenue had been inflated. Mr. Yuen left in 2003.

Today the magazine's buyers don't downplay the magazine's past, but are optimistic about its future. "The magazine's reinvention from a listings guide to a contemporary TV-entertainment magazine has been not only highly promising and successful to date but has also been a very costly undertaking," said Andrew Nikou, founder and managing partner at OpenGate Capital.

The magazine, which lost more than $20 million last year and will lose money again in 2008, still carries significant liabilities, he said. "OpenGate is stepping in with the commitment to successfully complete the magazine's turnaround, which targets restored profitability by the end of 2009, and to re-establishing TVGuide as the premier TV entertainment magazine in the country."

Scott Crystal, president of TV Guide magazine, agreed. "Private equity firms purchase and invest in companies to add value to established brands, grow the business and increase profitability," he said in a statement. "OpenGate Capital recognized TV Guide as a valued brand, even at a time when numerous other magazines have been shuttered."

Mr. Crystal and OpenGate's enthusiasm aside, there is a lot of skepticism in publishing circles. Though the title may return to profitability, it's doubtful it can return to the force it once was. Consider this comment from a former TV Guide staffer regarding the $1 sale price. "I was surprised," he said. "Looking back, I guess I shouldn't have been."