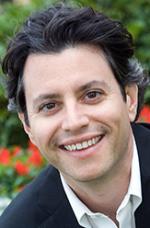 Mr. Altschuler, who joined Unilever in 2006, served on the media operations teams in London and New York for the brand. During his time there, he worked with VP Babs Rangaiah, and most recently, he held the title director of global media innovation. Mr. Altschuler started work at Samsung this month and will be based in New York, according to two executives familiar with the company.

Last year, Samsung dramatically revamped its U.S. business -- combining its Dallas-based mobile unit, previously called Samsung Telecommunications America (STA), with its home appliances and consumer electronics unit -- as part of its plan to shift resources from smartphones to connected devices. Ad Age reported then that Samsung was planning to hire an executive to oversee all media buying and planning.

In November, Samsung said Todd Pendleton, the CMO of STA since 2011, would serve as chief creative officer of the newly combined U.S. business, based in New York -- called One Samsung internally -- but that the structure of the executive team remained undecided.

Over the past five years, as Samsung moved to outpace Apple in smartphones, the Korean company has consistently been one of the largest and most lavish investors in media. Samsung spent $1.7 billion in U.S. advertising in 2013, according to the Ad Age DataCenter. The company spent upwards of $11 billion on marketing globally that year.

~ ~ ~
CORRECTION: A Samsung spokeswoman confirmed the hire of Mr. Atschuler, but said his role will be limited to the U.S., not global, operations.