'Si' Newhouse, Billionaire Publisher of Vogue and GQ, Dies at 89

Samuel "Si" Newhouse Jr., the publishing billionaire who oversaw some of America's best-known magazines, including Vogue, the New Yorker, GQ and Vanity Fair as head of the closely held media empire built by his father, has died. He was 89. 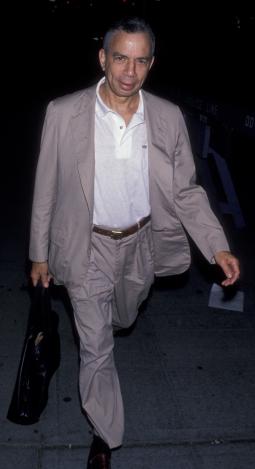 He died Sunday at his home, the New York Times reported, citing a family spokesman. No cause was given.

Newhouse was chairman of Advance Publications, which Forbes magazine in 2017 ranked as the 40th-largest private U.S. company, with an estimated $8 billion in revenue and 25,000 employees. In four decades at the helm of its magazine unit, Conde Nast Publications, he created new titles, entered markets around the globe and helped reengineer magazines as thick, glossy periodicals in which paid advertisements seem to complement rather than interrupt the articles.

His father, Samuel Sr., died in 1979 as a self-made media chieftain. He owned 31 newspapers with a total circulation of more than 3 million, plus the Sunday supplement Parade, seven magazines including Vogue and Glamour, radio stations and cable-television systems. In 1971, Syracuse University's journalism school, acknowledging its main benefactor, was renamed the S.I. Newhouse School of Public Communications.

Newhouse was given control of Vogue and four other women's magazines in the early 1960s, a reflection of how his father viewed them as "a sideline business," Thomas Maier wrote in his 1994 book on the family's media empire. His younger brother, Donald, viewed inside the family as more dedicated to the family company, was put in charge of its newspapers.

Both brothers were among the wealthiest Americans. The Bloomberg Billionaires Index estimated Si's net worth at $12.7 billion, ranking him the 35th wealthiest in the U.S., and Donald's at $11.7 billion, ranked 119th.

He acquired GQ, Gourmet, the New Yorker and Details and oversaw the creation of Self. He bought Diner Club's travel magazine, Signature, and turned it into Conde Nast Traveler. He revamped House & Garden, which was renamed HG. And he re-introduced Vanity Fair, an original Conde Nast publication that had ceased publication in 1936.

"He loves magazines, meaning the whole and all of it, the variety of things published, the business details, the visions and actions and personalities of his editors, the problems, the problem-solving, the ink and paper -- the all of it," David Remnick, editor of the New Yorker, said of Newhouse in an interview with New York magazine in 2009.

Though he shunned publicity, Newhouse made headlines with his personnel moves. He became known for "a long line of editorial decapitations," as Maier put it, including the firing of Grace Mirabella, who learned from a television news report that her time as Vogue's editor-in-chief had come to an end.

Mirabella was moved to make way for Anna Wintour, who had earlier led British Vogue and House & Garden. She was one beneficiary of Newhouse's preference for big-name star editors. Another was Tina Brown, whom Newhouse named editor first of Vanity Fair, then of the New Yorker.

Newhouse defended his frequent editorial shakeups. "Change is change," he was quoted as telling the Los Angeles Times in 1989. "It doesn't happen slowly."

Perhaps no other Newhouse personnel move drew the outcry that followed the removal of William Shawn, the longtime editor of the New Yorker.

When Newhouse bought the New Yorker in 1985, he promised "to preserve its quality through maintaining its personnel and its traditions." Less than two years later, he pushed Shawn into retirement and reached outside the magazine to tap a successor -- Robert Gottlieb, president of book publisher Alfred A. Knopf. More than 150 of the magazine's writers, editors and artists signed a letter urging Gottlieb to decline the appointment. Gottlieb took the job.

Newhouse personally answered 600 letters from unhappy readers. "People have an intensely personal relationship with the New Yorker," he said in 1988, according to the New York Times. He called the magazine "one of the greatest things in journalism and the most interesting thing I am involved in."

Like the rest of the print industry, Newhouse's magazines struggled in a digital age. HG's final edition was in 2007. In 2009 alone, four Conde Nast titles -- Modern Bride, Elegant Bride, Cookie and the two-year-old Portfolio -- folded, while Gourmet became an online-only publication.

The largest source of Newhouse's wealth was derived from the $10.4 billion sale of cable operator Bright House Networks to Charter Communications in May 2016. Another sizable portion came from his stake in Discovery Communications Inc., which owns Discovery Channel, TLC and Animal Planet.

Samuel Irving Newhouse Jr. was born Nov. 8, 1927, in New York. He and his brother spent their early years in a house on Staten Island's Ward Hill overlooking New York Harbor before the family moved to a 14-room duplex on Park Avenue in Manhattan.

Their father -- the son of a Russian Jewish immigrant, Meier Neuhaus, who left Manhattan's Lower East Side tenements for New Jersey -- had revived the finances of the Bayonne Times and used his profits in 1922 to buy the Staten Island Advance, which would be the foundation of his newspaper chain.

Their mother, the former Mitzi Epstein, attended New York's Parsons School of Design and shared a love of art with her first-born son. She "lives in a whirl of high fashion," Time reported in 1962. Sam Newhouse liked to say that he bought Conde Nast, Vogue in particular, as a 35th anniversary present for his wife, who began taking annual tours of Europe's fashion houses.

As a teenager in high school and at college, Si Newhouse was tormented by "the fear of failing his exacting father" and confided to a friend that he thought about suicide, Maier wrote. He attended the private, all-male Horace Mann School in New York, then enrolled at Syracuse University, fulfilling a wish of his father, who owned Syracuse's two daily newspapers as well as a radio station and a television station.

He dropped out after three years and, with his father's help, tried to find a place for himself in journalism, beginning with a stint in Paris for the International News Service. After serving two years in the U.S. Air Force, he was sent to Harrisburg, Pennsylvania, to oversee the two daily newspapers that his father had added to his holdings.

He was working at the Star-Ledger newspaper in Newark, New Jersey, when his father bought Conde Nast Publications, publisher of Vogue, House & Garden, Glamour and the Vogue Pattern Book, for a reported $5 million in 1959. Soon he was given responsibility to oversee Conde Nast and worked various jobs at Glamour to learn the magazine business. He was named publisher of the U.S. edition of Vogue in 1964 and chairman of Conde Nast in 1975.

Alexander Liberman, a Russian-born artist and photographer who was Conde Nast's art director, became a mentor to Newhouse and rose to editorial director. According to Maier, it was Liberman who came up with the term "the Newhouse concept" to describe a magazine model that placed a premium on marketing, readership surveys, circulation figures and advertising revenue.

The Newhouse method "was to blur the distinction between editorial and advertising, the difference between what was used to inform and what was used to sell," Maier wrote. "Although his domain was the world of women's fashion magazines, Si Newhouse was still a very practical bottom-line publisher like his father."

As head of a closely held company, Newhouse had extra leeway to take risks. The first was his decision to revive Vanity Fair, the richly illustrated monthly chronicle of power, wealth and celebrity that, according to its mission statement, "provokes and drives the popular dialogue."

First under Brown -- the third editor of Newhouse's first year -- and then under E. Graydon Carter starting in 1992, Vanity Fair assembled a roster of star contributors, including columnists Dominick Dunne and Christopher Hitchens, reporter Gail Sheehy and photographer Annie Leibovitz. International editions are published in the U.K., Spain and Italy.

Newhouse expanded the scope of the family company in 1980 by purchasing book publisher Random House from the RCA Corp. for $70 million. After almost two decades of efforts to integrate books into the company's other media outlets, Newhouse sold Random House in 1998 to Bertelsmann AG, owner of Bantam Doubleday Dell, for about $1.1 billion.

Explaining the reasons for the sale, Newhouse told Publishers Weekly: "There were private, practical, and governmental factors -- inheritance taxes -- that made us decide that we had to focus the business. This was originally a newspaper company and at its heart, it remains one. The magazines are the second major area, with cable interests next."

Newhouse had three children, Samuel, Wynn and Pamela, with his first wife, Jane Franke, whom he had met in college. His second marriage was to Victoria de Ramel, the former wife of a French count. His survivors include his wife; two children, Samuel and Pamela; his brother, Donald; five grandchildren and three great-grandchildren, according to the Times.