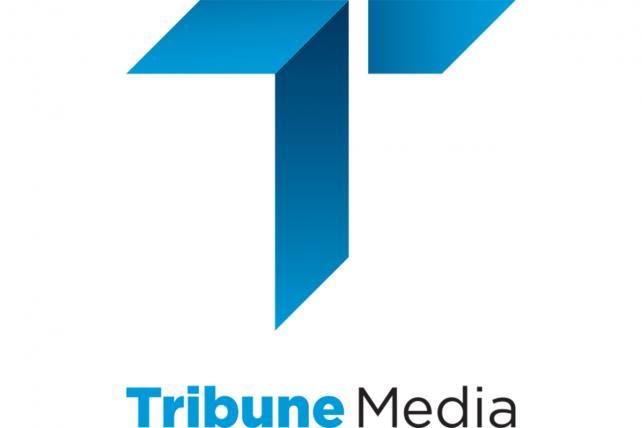 Sinclair Broadcast Group Inc. is buying Tribune Media Co. for about $3.9 billion, a deal made possible after the U.S. Federal Communications Commission voted last month to ease a limit on TV-station ownership in the U.S.

Sinclair will pay $43.50 a share to gain Tribune TV stations in big media markets like New York, Chicago and Miami, strengthening its hand in negotiations with pay-TV distributors and major broadcast networks such as 21st Century Fox Inc.

The marriage of Sinclair and Tribune, two of the largest local TV station owners in the U.S., creates a U.S. broadcasting behemoth to face down online competitors vying for a piece of the local advertising pie. The deal, expected to be the first in a mergers-and-acquisitions frenzy following a historic airwave auction, sent the shares of Tribune surging as high $43.04 in New York.

Fox and Nexstar had also been looking to make the first splash in the broadcasting deals derby by acquiring Tribune. Fox, with funding from Blackstone Group LP, had been planning an offer but in the end didn't submit a bid, according to a person familiar with the matter. Nexstar Media Group Inc. also was preparing an offer, according to people familiar with the matter.

For Fox, the deal means Sinclair will have more bargaining power, with control of 28% of the nation's Fox affiliate stations. Sinclair owns 54 local Fox affiliates across the country, from Pittsburgh's WPGH to Oklahoma City's KOKH. Gaining the 16 owned by Tribune, including Seattle's KCPQ and Denver's KDVR, would extend Sinclair's lead as the largest owner of local Fox stations across the U.S.

A Sinclair-Tribune merger was made easier last month when the FCC restored a rule that allows TV station groups to count just half of their coverage area for Ultra High Frequency stations to comply with a 39% nationwide cap set by Congress.

The FCC's vote reversed a 2016 decision by the agency during the Obama administration. New Chairman Ajit Pai, a Republican, criticized the earlier action because it effectively tightened ownership limits without considering whether to raise the national cap.

The issue is a relic of days when UHF stations -- broadcasting on channels 14 and higher -- used signals that didn't reach as far as stations assigned lower-numbered channels. That disappeared with the switch to digital TV in 2009.

The impetus for a Sinclair-Tribune deal came earlier this year when the FCC eased confidentiality requirements for companies selling airwaves in an auction. TV stations are voluntarily giving up airwaves in the sale for use by mobile providers, and are getting paid for doing so.

Despite their respective size, Sinclair and Tribune have little overlap in the locations of their stations. Sinclair has 173 stations in 81 markets, including affiliations with Fox, ABC, CBS and NBC, and reaches 24% of U.S. TV homes with the UHF discount reinstated. Tribune has 42 stations reaching 26%.

With the UHF discount reapplied, the companies cover 42% of the country. To comply with FCC ownership requirements and antitrust regulations, Sinclair may sell certain stations in markets where it currently owns stations, according to the statement.

Under the deal, Tribune stockholders will get $35 in cash and 0.23 share of Sinclair stock for each share of Tribune. The total per-share price represents a premium of 26% over Tribune's closing share price on Feb. 28, the day before reports began surfacing about a possible tie-up. Sinclair will also assume debt of $2.7 billion.

Tribune also owns the cable network WGN America, digital-multicast network Antenna TV and minority stakes in the TV Food Network and CareerBuilder. Tribune has stations in the top three media markets in the country, seven in the top 10 and 34 in the top 50.

Tribune, for its part, has tried to attract viewers and advertisers to WGN America with original programs including "Salem" and "Outsiders" -- and it's worked. But higher programming costs have squeezed Tribune's profit margin, and cable operators have slimmed down their bundles of channels, leaving networks like WGN battling for a slot.