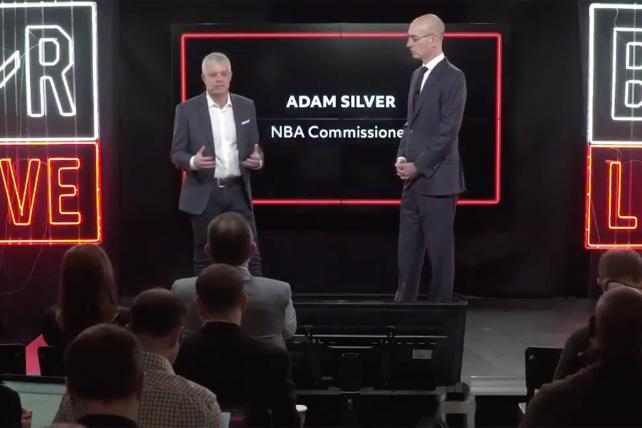 Turner Sports on Tuesday took the wraps off a new streaming service that it says will serve as a "hub for the discovery and consumption of live sports content."

Bleacher Report Live, which launches April 7, will provide subscribers with access live sporting events including NBA League Pass games, UEFA Championship League and UEFA Europa League soccer matches, and the Spring League, which bills itself as a developmental league and scouting event for NFL-caliber talent. Former Browns quarterback Johnny Manziel is looking to kickstart his comeback effort with a stint in the Spring League; his debut under center for the league's "South" team will be the focus of B/R Live's first official stream.

Turner did not disclose its pricing model for B/R Live, saying only that fans would have the option to purchase individual events or go all-in on a standard monthly subscription. In the early going, the over-the-top service will be free of charge, which should give Turner the best shot at building a user base. A paywall will be erected during the summer.

B/R Live also will offer users the opportunity to stream out-of-market NBA League Pass games at a reduced rate. In what may prove to be the most forward-looking new wrinkle, B/R Live plans to embrace a micro-transaction model that will allow hoops fans to buy a portion of games that are in progress for a negligible price.

On Friday night, the official NBA app sent users a notification alerting them to the playoff implications of the Miami Heat-Oklahoma City Thunder matchup, which was then heading into the fourth quarter. At the time, the visiting Heat had a two-point lead over OKC, and fans were given the opportunity to watch the remainder of the game for a mere 99 cents. That's a pittance compared to the $39.99 per month subscribers pay for the all-inclusive NBA League Pass Premium product.

NBA Commissioner Adam Silver told attendees of the B/R Live launch presentation that micro-transactions are best suited to the prevailing everything-on-demand, where-you-want-it-when-you-want-it content distribution model. "We will sell the fans what they want," Silver said. "When you have a two-and-a-half-hour event, some fans know they're only going to be free for 15 minutes. It might not be a fair proposition that a fan needs to pay $7 when they know they only have time to watch a few minutes of a game." Silver added that micro-transactions are a logical extension of what the league has built with NBA League Pass.

"This is what consumers want," David Levy, Turner president, told Ad Age after the presentation. "If you think about this, sports really hasn't had that kind of mindset. This is all untethered product, so we're able to market it and do things with it that normally you can't do."

Levy added that Turner's Catch Sports app, which helps users navigate to the live sports programming of their choice on TV, streaming, radio and social platforms, will be baked into B/R Live: "Ultimately, we're going to aggregate all sports. Just because we don't have the rights to, say, the Syracuse-Clemson football game, we can tell you where it is and send you there. We don't make any money off of it, it goes to ESPN, but we're trying to provide consumers with the means to not only find the sports content they want, but to help them connect to it right now, no matter where it is."

Having served as one of the NBA's television partners since 1989, Turner also operates NBA TV and co-manages the league's digital assets.

B/R Live will debut within mere days of the launch of Disney's new straight-to-consumer product, ESPN-Plus. Disney last month announced that the streaming service, which will offer sports enthusiasts an array of live programming unavailable on the linear ESPN networks, will cost $4.99 per month.