Small Change: Why Niche Cable Nets Are on Their Last Legs 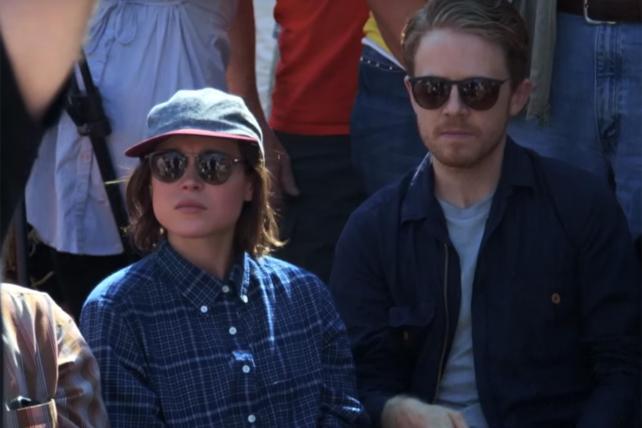 The number of people who tuned in on any given night couldn't fill Yankee Stadium. Even the shrug that was its tag line ("Go figure") seemed to suggest a sort of ontological bemusement. Shuttered earlier this month by corporate parent NBC Universal, the cable channel Cloo epitomized the era of junk drawer TV, offering a grab bag of repurposed content to an ever-dwindling number of viewers.

Plucked from the ashes of the late, lamented pop culture network Trio, Cloo was devised as something of a placeholder back in 2006, when cable and satellite subscriptions were still on the rise. Seeing no value in forfeiting its channel position, NBCU stuffed the drawer (which it originally dubbed Sleuth) with reruns of homegrown crime dramas like "Monk," "Law & Order" and "Karen Sisco."

Indifference and clutter effectively killed Cloo, but the coup de grace was dealt out by Charter's Spectrum cable systems, which on New Year's Eve dropped the channel from its lineup. Already limping along with just 24.6 million subs, the Spectrum ouster slashed Cloo's reach to an unsustainable 8.5 million households, which represents a mere 7% of the TV universe. Regardless of how cheap Cloo was to program, the math simply didn't work out.

While struggling cable networks will continue to rebrand in a bid to latch onto an underserved demo or emerging market segment -- on the day it announced it had shuttered Cloo, NBCU said its Oxygen channel would look to compete with Discovery Communications' ID in the female-friendly true crime space -- look for similarly compromised outlets to close shop in the near term. And if there's no set formula to determine which nets will live to fight another day and which will be excised like an impacted wisdom tooth, you can make a series of educated guesses by plotting a few data points on a graph.

Simply put, the networks that lag on the distribution front and regularly scratch in the Nielsen ratings have almost zero in the way of leverage with their distributors. Barring the negotiation of a drastically reduced carriage fee, these disadvantaged nets pose little threat to an operator looking to muscle them out of its channel lineup. And as cord-cutting/-shaving continues to erode the traditional distribution model, only the must-carry nets will be invited to board the virtual life rafts that are the so-called "skinny bundles."

For Cloo, the walls began closing in as far back as 2013, when it was unceremoniously booted from some 14.1 million Dish Network homes. As other distribution deals crumbled, its ratings followed suit. According to Nielsen, Cloo in 2016 averaged just 51,000 primetime viewers, which marked a 23% drop versus the previous year. On a good night, Cloo would manage to eke out a miserly 0.03 rating in the adults 18-to-49 demo, rendering it all but invisible to advertisers.

In terms of distribution and deliveries, a number of other cable nets may be plotted out alongside Cloo in the tawdry quadrant of your XY graph. MTV Classic, TV's lowest-rated nationally-distributed English-language network, last year drew 31,000 primetime viewers, which was down 34% compared to its 2015 average. With an estimated penetration of 53 million households, the network formerly known as VH1 Classic is available in just 45% of all U.S. TV homes.

As is the case with NBCU's low-impact cable channels, Viacom's own clutch of barnacle nets would appear to be in for a major re-think, as new CEO Bob Bakish shifts the company's focus to six core assets (MTV, Nickelodeon, Nick Jr., Comedy Central, BET and Paramount, the network formerly known as Spike). "It's hard to argue with the logic of narrowing the focus. Industrial pressure and consumption behavior are driving this," wrote MoffettNathanson analyst Michael Nathanson in a recent note to investors. "For starters, long-tail networks will have a harder time attracting affiliate fees and advertising dollars as skinnier bundles emerge and viewers migrate to more non-linear viewing."

Other Viacom nets that have been shunned by the extant skinny bundles include Centric, which in 2016 averaged 59,000 nightly viewers while passing 43% of all TV homes, and Logo (73,000 viewers, 41% penetration). NBCU's horror net Chiller eerily lines up with the defunct Cloo, averaging just 64,000 viewers while reaching 31% of the TV base, but as it happens, every major conglomerate but Time Warner/Turner has at least one channel languishing away in the low-ratings/low-reach quadrant.

Also repping the ultra-niche are a number of independent nets, including the music outlet Fuse (59,000 viewers, 55% penetration), the arts channel Ovation (78,000 viewers, 40%) and RFD TV (136,000 viewers, 37%), a rural-targeted net that airs repeats of "Hee Haw" and a wealth of original programming dedicated to agricultural subjects and all things equine.

While obscurity is effectively the default mode for the bottom-tier cable networks -- many of which were designed to serve a whippet-thin market segment and launched just before the internet began to noisily usurp TV of dibs on that sort of thing -- the same can't be said for Shane Smith's Viceland. After famously boasting that he and his investors would be feted by Time magazine as "the guys who brought millennials back to TV," the Vice Media founder and CEO is struggling to reach a demo that is notoriously disinterested in most of what linear television has to offer. "If you build it, they will come" may work wonders with dead ballplayers in an Iowa cornfield, but as rallying cries go, it doesn't carry much weight with men between the ages of 18 and 34 years old.

Just a year after replacing History spinoff H2, Viceland already has launched more than two dozen original series, many of which function as an extension of Smith's garrulously profane persona. (Where else are you going to find a cooking show called "Fuck, That's Delicious"?) But for every "Balls Deep," Viceland also offers more thoughtful fare, such as the Ellen Page doc series "Gaycation" and "Black Market with Michael K. Williams."

"Delicious" is one of Viceland's biggest draws, averaging 147,500 viewers over the course of the four episodes that have aired since the year began, but the network's overall primetime deliveries have lagged behind those of its much older-skewing predecessor. In January, Viceland averaged 105,000 viewers, or fewer than a third of the 328,000 H2 drew in the first month of 2016, and its 18-to-34 ratings are still a bit lower than what the History spawn averaged in the year-ago period.

While Viceland presently isn't in any mortal danger -- majority-owned by A&E Networks, the channel is also staked separately by AETN co-owner Walt Disney Co. -- it's hard to fathom how a niche net that targets a demographic that is abandoning traditional TV like it's some kind of flaming dirigible has more than an outside shot at blowing out the candles on its fifth-birthday cake. With an average affiliate fee of just six cents per sub per month and an operating cash flow margin that lags the industry average by 40% (per SNL Kagan estimates), Viceland looks more like an expensive hobby than an empire builder.