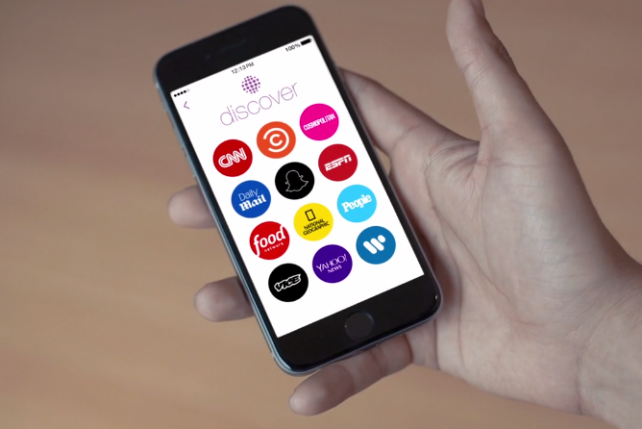 For the second time since rolling out Discover in January, Snapchat is getting ready to shake up its publisher portal's roster.

Snapchat will soon add a Discover channel for Mashable to distribute its articles and videos to the mobile app's youth-heavy audience, according to people familiar with the matter. Vox Media's Vox.com will also be getting a Discover channel, said one person. It's unclear which existing Discover publishers may be replaced with Mashable and Vox or how soon the additions will take place.

Representatives for Snapchat, Mashable and Vox Media declined to comment on the pending additions. Vox Media-owned Re/code reported in late July that Vox.com was in talks to join Discover.

While the two most recent Discover additions -- BuzzFeed and iHeartRadio -- initially held off from selling ads against their channels that went live on July 27, Mashable is making the rounds to media buyers to secure advertisers before its Discover channel even debuts.

Mashable's Discover sales pitch highlights a recent change in how Snapchat lets publishers sell ads against their Discover channels. According to agency execs, Snapchat is only allowing publishers to sell five sponsorship takeovers of their Discover channels per month. These takeovers include a brand mention on a channel's title card and video ads interspersed throughout the channel's daily edition. Snapchat rolled out the five-per-month maximum around the time BuzzFeed and iHeartRadio joined Discover in late July, according to people familiar with the matter. A Snapchat spokeswoman declined to comment.

It's unclear how much Mashable is asking brands to spend for these Discover channel takeovers. These takeover campaigns are considered the higher-end ad opportunity within Discover. Brands can also buy standalone video ads within Discover for two cents per view. Those pennies can pile up considering that some Discover publishers have previously told Ad Age their Discover channels are fetching more than 1 million views per day. Agency execs said that a standard Discover campaign can cost anywhere from $50,0000 to $200,000 per day, though prices can vary because each publisher can set its own price.

Mashable could help spur more advertiser interest and investment in Discover, as the portal looks to ramp up its ad load heading into the shopping-frenzied fourth quarter. Discover averaged one ad for every 44 stories across all 12 channels over a 30-day period ending earlier this month, according to data collected by Ad Age. However, Snapchat's own ad sales team did not start actively selling ads against Discover until late last month, and several Discover publishers have told Ad Age they've already secured advertisers through the rest of the year.