North Korea to Blame?
READ THIS NEXT
‘I cry for justice in her name’: Oprah honors Breonna Taylor on the cover of her magazine 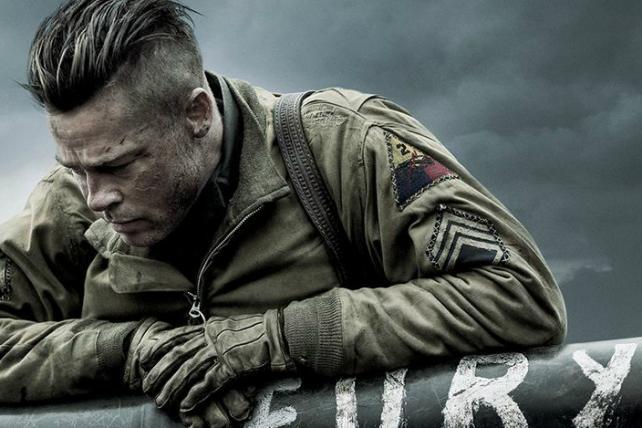 Sony Corp. will see its holiday box office sales blunted after Brad Pitt's "Fury" and the unreleased "Annie" were stolen by hackers and leaked online.

The World War II drama "Fury" was downloaded 500,000 times since the Nov. 25 cyberattack on Sony's film-and-TV studio, according to the news site TorrentFreak. The leaks, which also include the upcoming "Still Alice," and "Mr. Turner," will draw viewers from unit that has been one of Sony's most reliable profit-makers, with gross ticket revenue up 13% this year, according to Box Office Mojo.

"There will be an impact on Sony Picture's box office revenue for this year due to hacking and the leaks," said Hideki Yasuda, a Tokyo-based analyst for Ace Research Institute. "It will be a one-time impact and won't drag on too long."

The illegal downloads of "Fury " illustrates the economic damage hackers can inflict on film studios. The scourge facing Hollywood, Silicon Valley and investors costs the global economy as much as $575 billion annually, according to a study published in June by McAfee, a security-software maker owned by Intel Corp., and the Center for Strategic and International Studies.

"Fury," which was released Oct. 17, was No. 5 on TorrentFreak's weekly list of the most-pirated movies. Entertainment industry news service Variety.com reported the number of downloads may exceed 1.2 million across multiple sites, citing piracy tracking firm Excipio.

North Korea angry
"Annie," "Still Alice," "Mr. Turner" and "To Write Love on Her Arms" have also appeared on sites offering pirated movies since the attack that continues to affect computer systems at Sony Pictures Entertainment, said a person with knowledge of the matter.

Sony Pictures is continuing to investigate the breach, including the possibility it may involve North Korea, the person said. The website Re/code reported Nov. 28 that the studio was looking into whether the attack coincides with the release of "The Interview," a comedy about a CIA plot to kill North Korean leader Kim Jong-Un.

Sony Pictures, the entertainment division of Tokyo-based Sony, called the theft a "criminal matter" in a statement and said the company is working with law enforcement to address it.

The theft of completed motion pictures shows that cybercriminals are targeting more than credit card and bank account numbers. Vast libraries of films and TV shows are the main assets of studios such as Culver City, California-based Sony Pictures.

The hacking incident came to light when a picture of a skull appeared on company computer screens. The image was accompanied by a message saying Sony had been hacked by #GOP, believe to stand for "Guardians of Peace," and that private data would be released if undisclosed demands weren't met.

The attack has forced some employees to communicate via text message and private e-mail accounts. Some systems at the division have been brought back online, according to the person. E-mail and some other systems remain down. The studio's home entertainment division was able to fulfill Black Friday orders, the person added.

The attack came a month before the scheduled release of "The Interview," a comedy about a CIA plot to kill North Korea's leader.

The Seth Rogen film, currently being advertised for release in theaters on Dec. 25, features Rogen and James Franco as TV producers who are recruited by the CIA to assassinate Kim. Plans for the film drew a rebuke from the country, with a foreign ministry spokesman saying in state media that the release would be an "act of war," according to the BBC.

One comfort for the studio is that the targeted audience for "Annie" doesn't often use pirated content, the person said. The website BoxOffice.com predicts "Annie" will generate $100 million for its run in U.S. and Canadian cinemas. Films frequently do much more in overseas markets.