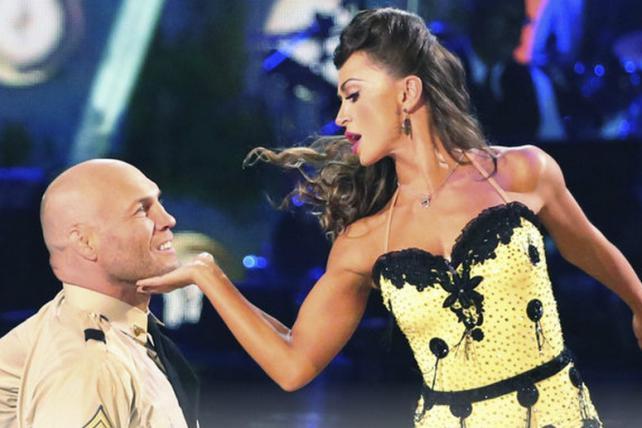 'Dancing With the Stars.'
Credit: ABC

Walt Disney Co. has added social- media features to its Watch ABC app to capitalize on the growing number of consumers who multitask while watching TV.

Features introduced this week with the new TV season let mobile-phone or tablet users post messages or read comments on Twitter.com and Facebook.com, while watching a show on the same screen, according to Disney. Viewers can quickly post pre-edited clips from a show on social media with a tool called FastShare.

The app, introduced four years ago, has been downloaded more than 19 million times and is a source of ad sales for Disney, said Albert Cheng, chief product officer for digital media at Disney/ABC Television. The company has signed Target and Daimler AG's Mercedes-Benz as initial sponsors for the new features. One attraction is the lower average age of a Watch ABC user, at 38 years, compared with 53 for the network. Advertisers typically target younger audiences.

"I think you'll see a lot more of this," said Michael Yanover, head of business development at Creative Artists Agency, the Los Angeles-based talent agency. "There will be much more social media and traditional media meshed together."

Watch ABC lets viewers see past episodes of shows, such as "Scandal" and "Nashville," on a computer, tablet or smartphone. Consumers also can use the app to watch live TV in the eight markets where the company owns the local ABC station. With the update, fans can choose different camera angles during live events.

While some content is free, Disney requires that users who want to access all the programming on the app be pay-TV subscribers to keep satellite and cable operators happy.

Twitter effect
About 84% of smartphone and tablet users say they use their devices as a second screen while watching TV, according to Nielsen. A separate Nielsen study last year found that almost a third of programs monitored showed an increase in ratings following a jump in Twitter.com comments.

One concern among Disney officials was the risk that some viewers posting clips would spoil plot twists for fans who watch later.

Jonathan Barsook, executive director of project management at the Disney/ABC Television, said the network concluded that was going on anyway.

"People already are telling you who won 'Dancing With the Stars,'" he said.