'Stay Bonuses' May Be on the Way for Time Inc. as Spinoff Approaches | Ad Age
Skip to main content

'Stay Bonuses' May Be on the Way for Time Inc. as Spinoff Approaches

Early Hands-Off Approach May Yield to Incentives for Some

Key Time Inc. staffers may receive bonuses if they stick around through the company's planned spinoff from Time Warner. 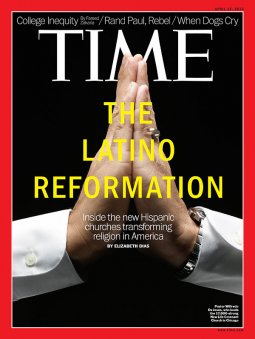 So far Time Inc. has been relying on little more than employees' confidence in the future, and perhaps their existing employment contracts, to keep them in place during an uncertain year. Last month it let Paul Caine, its chief revenue officer and a well-liked company veteran, leave to become CEO at the radio syndicator Dial Global. His exit was a defining moment, employees said, signaling that Time Warner CEO Jeff Bewkes wasn't going to tie the hands of the new, yet-to-be-identified Time Inc. CEO.

Companies in transition often offer "stay bonuses" to at least some staff, who can only collect the money if they still work there when the transition is complete. That's what Hachette Filipacchi Media U.S. did for some important employees while its acquisition by Hearst was pending. Time Inc.'s lack of movement on that front had recently begun to stand out. "I am surprised they've done nothing if that's true," said J.D. Rehm, managing partner at Mercury Group, a recruiting firm that specializes in media, technology, agencies and marketing.

But some form of retention bonus or transaction bonus is in fact being contemplated, according to two people with knowledge of the situation. Top brass have not decided how widely to cast the bonuses or how lucrative to make them, they said.

"We're currently working through these and other considerations as we look to put Time Inc. in the best position to succeed as a separate, publicly traded company," a Time Warner spokesman said.

There is probably less need for incentives than there might have been under an earlier scenario: Time Warner was previously considering spinning most of its magazines into a new company under the control of rival publisher Meredith Corp. A full acquisition might have triggered the need for stay bonuses more than a spinoff, an executive at another publisher said. "Employees in the acquired company all think they will automatically lose their jobs," he said.