Stimulus checks are on the horizon as Biden prepares to sign relief bill: Thursday Wake-Up Call

Plus, Wendy's doubles down on breakfast with March Madness push
READ THIS NEXT
AT&T to merge media assets with Discovery in $43 billion deal 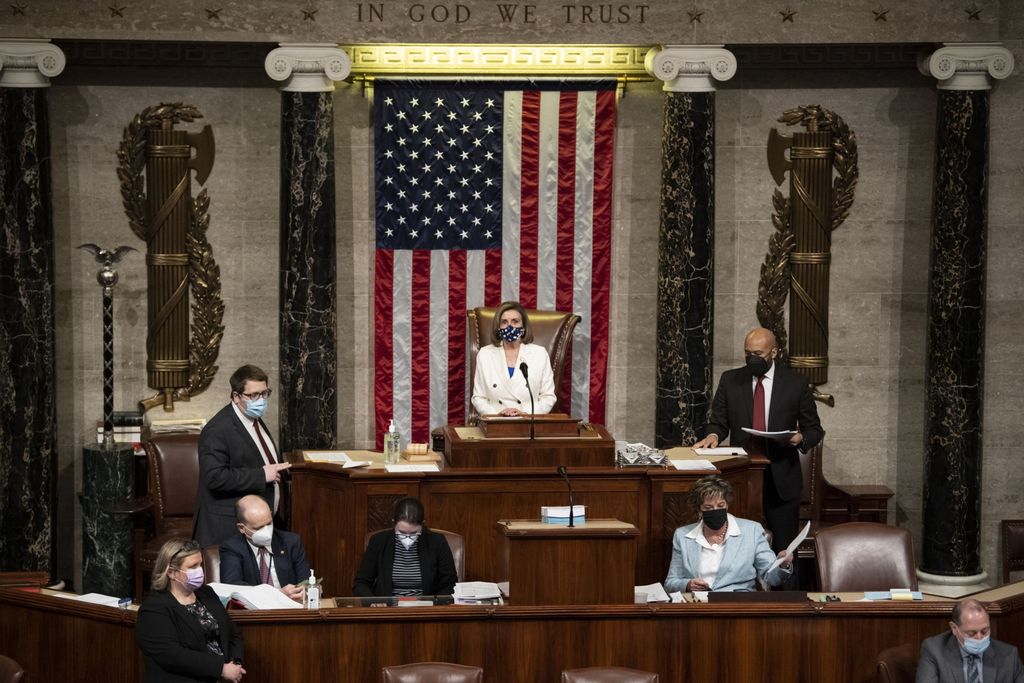 The House of Representatives passed the $1.9 trillion coronavirus relief bill on a party line vote on Wednesday, with a single Democrat breaking ranks to vote no with every Republican in the chamber. The White House says President Joe Biden will sign the bill into law on Friday, paving the way for stimulus checks of up to $1,400 for many Americans (though fewer than progressives had wanted).

Extended unemployment benefits of $300 per week (a figure also shrunk by moderates) will continue through September and increases the child tax credit by several hundred dollars. People who have been collecting unemployment during the pandemic will also have more than $10,000 of those funds exempted from taxes, while health care through the Affordable Care Act will be temporarily less expensive.

The expected signing of the bill, which has 70% national support according to a Pew Research Center poll, prompted UBS to predict economic growth of 7.9% this year as the new funds hit consumer and business bank accounts.

The Interactive Advertising Bureau is pushing back against new privacy changes, including Google’s plan to do away with third-party cookies and Apple’s tighter control of consumer data. “Publishers stand to lose $10 billion in revenue as personalization becomes harder online thanks to the deprecation of third-party cookies,” according to the IAB, writes Ad Age’s Garett Sloane.

While publishers will feel the hit from the loss of easily targeted ads, brands aren’t prepared for the changes either, the IAB said. But consumer advocates say change is necessary even if it is difficult, especially as customer demand ramps up. And there is optimism among some tech brands that first-party data will become more useful.

Hate in the kitchen

More than 110,000 American restaurants closed last year, and while coronavirus restrictions are lifting in some areas, the landscape is still extremely precarious for restaurateurs. It’s even harder for Asian restaurants, which are also facing heightened levels of racism and discrimination.

Owners and workers are living in fear and closing early so employees aren’t commuting late, according to CNBC. A spate of high-profile attacks against Asians in New York City and San Francisco, and an uptick in reports of hate crimes across the country, has those in the industry on edge, even as they deal with decreased revenue and shuttered locations (which have also been compounded by anti-Asian sentiment).

Last year, Wendy’s overtook Burger King as the second-largest burger chain in the country. Part of that success is due to new breakfast offerings, and Wendy’s is doubling down on early eating with a March Madness tie-up featuring the Indiana Pacers’ Reggie Miller.

“There’s just going to be so much pent-up energy, we could probably be running these games at 5 a.m. and everybody would be all over them because they’re just so excited to have March Madness,” Wendy’s Chief Marketing Officer Carl Loredo tells Ad Age’s Jessica Wohl on the latest episode of the “Marketer’s Brief” podcast.

Piece of the action: In an odd turn, royalty-obsessed viewers looking to get a taste of that Meghan-Harry lifestyle snapped up the Christopher Knight Home Burchett patio furniture upon which Oprah interviewed the couple. Nevermind that the backyard belonged to someone else entirely. Markle’s Armani dress and Oprah’s glasses have also been popular buys since the interview aired.

Cheap tix: At just under $245, the average domestic airline ticket price is at its lowest ever, the Department of Transportation says—30% lower than a year ago, according to Bloomberg. Rates are expected to return to normal by the summer, but carriers are impatient to get customers back in seats. And with vaccination rates rising, flyers may be less hesitant to shuffle down the jetway.

Hustle and Flo: Progressive's CMO Jeff Charney announced his retirement early next year, after 10 years managing often irreverent campaigns at the insurer. He established an internal agency shortly into his tenure and oversaw the increasing popularity of brand mascot Flo.