Study: Nine Out of 10 Americans Are Binge-Viewers | Ad Age
Skip to main content

Study: Nine Out of 10 Americans Are Binge-Viewers

TiVo Research Documents the Rise of Gluttony TV
READ THIS NEXT
Choose your narrative: How the nation’s leading tabloids are addressing the mass protests and unrest 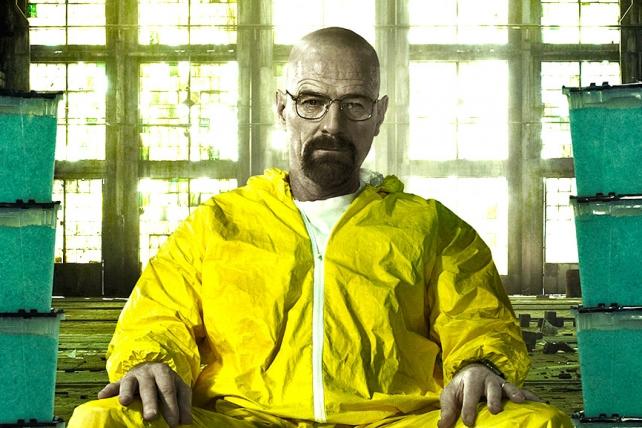 'Breaking Bad' was a testament to the power of binge-watching.
Credit: AMC

That Americans long ago lost our collective knack for moderation seems hardly worth noting in the era of hot dog stuffed crust pizza, but a new study from TiVo suggests our capacity for gluttony is not limited to preposterous foodstuffs.

According to the company's second annual binge-viewing report, 92% of 12,500 TiVo subscribers surveyed said they have engaged in the practice, which TiVo defines as consuming three or more episodes of a single TV show in one sitting. And while the sheer prevalence of bingers suggests that gorging on content is the new norm, it also appears to be a somewhat solitary pursuit, as 53% of respondents said they do not binge in the company of others.

Bingers tend to keep at it until they've cleaned every last morsel of content from off their plates. The study found that 74% of those surveyed have gobbled at least one full season of any given show over the course of a number of days; of these, 49% powered their way through all by their lonesome.

Binge viewing is primarily a function of playing catch-up. More than half (53%) of TiVo subs said they will tear through an entire season if they find themselves late to the party -- in other words, if they've only just learned about a show that's already been on the air for a few seasons, they'll binge in order to be sufficiently caught up in time for the next season premiere.

AMC's "Breaking Bad" remains the model for what can happen to a show that suddenly begins to inspire bingeing. After millions of viewers rushed to catch up with Walter White and Co. in the interim between the season 5A finale and the 5B premiere, the show's C3 ratings soared 121%. (A similar dynamic seems to have been in play during the first season of Fox's much time-shifted "Empire," which managed the rare feat of gaining nearly an entire ratings point upon application of the C3 currency.)

Unfortunately for the networks, catching up isn't the only reason so many viewers find themselves bingeing on TV content. According to TiVo, nearly a quarter of its subs (23%) reported that they binge to avoid commercials.

Given that the the very phrase used to describe the phenomenon is the stuff of neurological compulsion, of booze benders and profligate drug use, perhaps it's no surprise that there's a dark side to bingeing. Per TiVo, 52% of the respondents said they experienced feelings of sadness upon reaching the end of a rapidly consumed series. And bingeing can be a bigger time suck than Facebook, Vine and Tumblr combined. Nearly one-third (31%) of TiVo panelists said they have lost sleep due to a big binge, while 37% confessed to frittering away an entire weekend on an extended show-gobble.

Bingeing has so fundamentally changed how we consume TV content that it's already become a year-round phenomenon. During the 12-month period spanning May 2014 to April 2015, the only times people dragged themselves from the trough were on July 4th weekend, Thanksgiving, Christmas and Super Bowl Sunday.

Not surprisingly, some of the most binged shows are "House of Cards" and "Unbreakable Kimmy Schmidt," which by virtue of Netflix's full-season release model all but demand to be consumed in a matter of days. "Bingeing is booming…and as programmers such as Netflix, Hulu and Amazon continue to release original programming a full season at a time, we expect this trend to accelerate," said TiVo Chief Research Officer Jonathan Steuer.