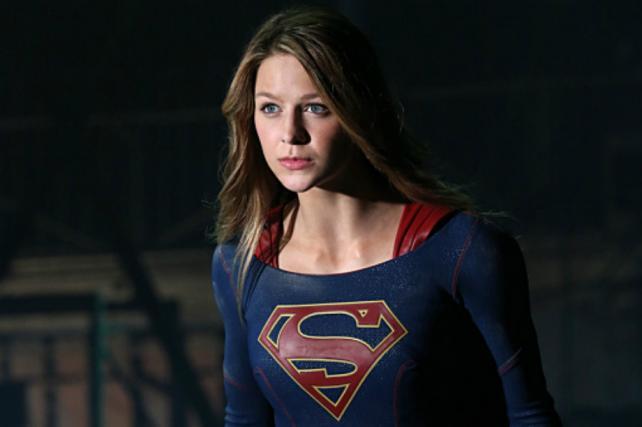 Broadcast TV's most popular adaptation of a comic book franchise will live to fight another day, as CBS on Tuesday unofficially confirmed that it has renewed "Supergirl" for a second season.

Speaking to analysts at the Deutsche Bank Media, Internet and Telecom Conference, CBS Corp. president and CEO Les Moonves said five freshman series would return for the 2016-17 season, a tally that ensures a renewal for "Supergirl." Since bowing Oct. 26 to 13 million live-plus-same-day viewers and a 4.0 rating among adults 25-54, "Supergirl" has gone on to maintain a solid 2.4 rating in CBS's target demo.

The DC Entertainment/Warner Bros. co-production now stands as CBS's No. 5 scripted series in the younger demo, averaging a 1.8 among the adults 18-to-49 set. That marks a 20% advantage over Fox's DC Comics adaptation "Gotham," which averages a 1.5 opposite "Supergirl" in the Monday 8 p.m. time slot.

It's worth noting that while "Supergirl" has helped rejuvenate the network's audience to some degree (the median age of the CBS viewer is a grey hair under 60 years), the show is by far TV's eldest-skewing superhero strip. Per Nielsen, only 28% of "Supergirl" deliveries fall within the bounds of the 18-to-49 age group; by comparison, 44% of "Gotham" fans align with Fox's target demo.

Mr. Moonves gave the freshman class the thumbs up during a broader discussion of CBS's programming strategy for 2016-17 and beyond. "We're only doing 17 pilots this year, which is three, four, five less than we normally do," he said. "Frankly, when I look at my schedule, there are very few holes."

As has been the case over the last several years, CBS prefers to forge ahead with its established shows than take untoward risks in the upfront with unproven properties. In other words, if a show lands on the CBS schedule, it tends to stay there for a while. "We have five new shows on this year, and of those five I believe all five of them will be renewed," Mr. Moonves said, adding that only "four … or five" of the aforementioned 17 pilots are likely to be picked up to series. (An untitled Kevin James multi-cam co-produced by CBS and Sony Pictures TV was ordered straight to series back in October. Among the dramas in contention are reboots of "Nancy Drew," "MacGuyver" and an adaptation of the Denzel Washington film "Training Day.")

Based on Mr. Moonves' remarks, the newbies "Life in Pieces," "Limitless" and "Code Black" also are shoe-ins for renewal. The comedy "Life in Pieces" is the strongest performer of the new crop, averaging 8.85 million viewers and a robust 2.9 in the 25 to 54 demo. The ensemble effort retains 53% of its "Big Bang Theory" lead-in (5.5), and while that's an underwhelming use of broadcast's most sought-after time slot, it's also par for the course. (CBS has never been able to take full advantage of the big reach delivered by "Big Bang"; the roster of forgotten sitcoms that have led out of the show include "¡Rob!," "The Millers," "How to Be a Gentleman" and "$#*! My Dad Says.")

While "Supergirl" and "Life in Pieces" have earned their renewals, the pickups for "Limitless" and "Code Black" aren't as inherently self-explanatory. The very definition of a bubble show, "Limitless" in its most recent outing plunged to a series-low 5.87 million viewers and a 1.5 among adults 25 to 54. "Code Black," for its part, was consistent inasmuch as its deliveries fell within a narrow range throughout its 18-episode run. The Wednesday 10 p.m. hospital drama closed out its first season with an average draw of 7.11 million viewers and a 1.8 in the target demo.

Then again, studio provenance is of particular importance to CBS, which over the last decade has made a fortune in syndication and foreign-rights sales. As is the case with "Life in Pieces," "Limitless" and "Code Black" are all owned outright by CBS. As such, if there is a backend, the network will lay claim to every last dollar.

With those four shows assured of renewal, that leaves two as-yet unaired freshman series up for contention. (After a three-month delay on the launch pad, the Jane Lynch comedy "Angel from Hell" was canceled with just five episodes under its belt. It will not be revived.) "Criminal Minds: Beyond Borders" will become the fourth drama spinoff on CBS's prime-time schedule when it bows March 16, in the slot vacated by "Code Black." A first stab at a "Criminal Minds" spinoff fizzled when the 2010-11 midseason replacement "Criminal Minds: Suspect Behavior" came and went after 13 episodes.

Also on the docket is "Rush Hour," an adaptation of the eponymous 1998 Jackie Chan-Chris Tucker buddy cop theatrical. "Rush Hour" debuts March 31 in the Thursday 10 p.m. slot formerly occupied by "Elementary," where it will go head-to-head with two other replacement series in ABC's "The Catch" (March 24) and NBC's "Game of Silence" (April 7).

Last season, CBS renewed five freshman series, including "Scorpion," "NCIS: New Orleans," "Madam Secretary," "The Odd Couple" and "CSI: Cyber." As CBS's lowest-rated series, "CSI: Cyber" has no shot at coming back next fall, but "Scorpion," "NCIS: New Orleans" and "Madam Secretary" will suit up for the 2016-17 campaign. "The Odd Couple" returns Thursday, April 7 for another slimmed-down run (13 episodes).