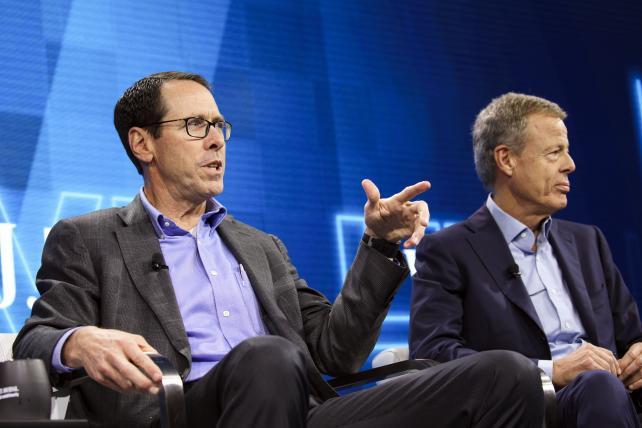 Since AT&T agreed to buy Time Warner for $85.4 billion, executives and the press have suggested that the combination will benefit marketers and consumers with a new level of addressable advertising.

The tie-up will allow "more innovation in advertising," Time Warner CEO Jeff Bewkes said, making ads "more effective and of interest to you in one house versus someone else in a different house."

"Individualized Ads on TV Could Be One Result of AT&T-Time Warner Merger," The New York Times reported Wednesday.

Whatever benefits the pact has, however, a lot more addressable TV advertising isn't likely among them.

If the deal closes, it's true that sales teams at Time Warner's Turner unit will probably be able to offer the addressable ads that AT&T already sells through DirecTV. Turner networks such as TBS and CNN could make their national ad time available to AT&T's addressable offering, now limited to the two minutes per hour pay-TV operators sell. And combining AT&T and Time Warner's consumer data could bolster the companies' ad targeting online, including in new video products down the road.

But the odds are long that any of that means neighbors watching the NBA on TNT will see differing, tailored ads more often than today.

For one thing, AT&T's addressable TV advertising is available for 14 million households among DirecTV subscribers. Buying Time Warner doesn't expand that. And marketers care more about wider reach than additional time in a limited pool.

An AT&T spokeswoman said the merger will foster innovation across screens. "The combined company will be positioned to expand distribution options to disrupt traditional models by making content available on every device and innovating with more ad-supported content," she said. "We'll still have big screen TVs at home, but wide-scale mobile video viewing is what customers want. As a single company, we are uniquely positioned to deliver on this mobile experience, and disrupt the traditional entertainment model by pushing the boundaries on mobile content availability for the benefit of customers."

A Time Warner spokesman referred to executives' prior comments.

Ad buyers and analysts are mixed on the prospects.

A satellite operator like AT&T's DirecTV can adopt addressable technology more easily than cable companies, which have grown by acquiring a patchwork of rivals running different systems, noted Tracey Scheppach, founder and CEO at Matter More Media, a new agency. "Cable operators need to deploy technology on a market-by-market basis to enable addressability, whereas the architecture for AT&T and DirecTV require just turning on an East Coast and West Coast feed," she said.

Owning a content provider such as Time Warner also eases the way to offering and measuring its inventory, an area ripe for friction in carriage negotiations with outsiders, she said.

Rich Greenfield, media analyst at BTIG, was skeptical. "I think we are moving toward an ad-free world," he said. "If AT&T buying Time Warner will allow it to deliver the right ad to the right person and cut the ad load … that would be great. But the greatest advancement the TV industry has made in advertising has been to disable fast forwarding."

Limited reach is only one reason addressable TV hasn't taken off. There's also a premium in cost and effort, on all sides, to get deals done. If Turner sold addressable inventory in TBS's "Full Fontal With Samantha Bee," it would come out of the ratings points it could deliver to traditional advertisers. Turner would also need to line up several advertisers to split one slot, or find one advertiser with different creative executions to run depending on the home. Finding a multi-brand advertiser such as Procter & Gamble might be a relatively easy solution, but P&G has lately been saying that targeting on Facebook, at least, isn't worth the trouble and cost for most household brands.

More intelligent ad buys may be the most immediate result, suggested Dave Morgan, CEO and founder at Simulmedia, a targeted TV specialist. "The notion that we will see addressable TV at massive scale just because of this deal I don't buy into," he said. "But I think this merger will be a catalyst for more data-driven TV advertising."