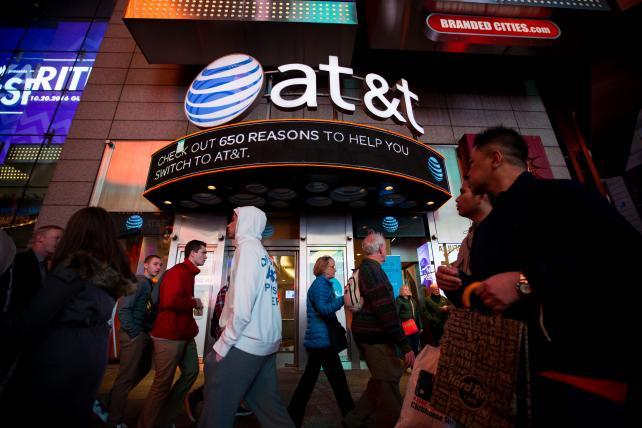 Time Warner CEO Jeff Bewkes said the company's acquisition by AT&T would make ads more 'of interest to you in one house versus someone else in a different house.'
Credit: Michael Nagle/Bloomberg

There's no question AT&T's acquisition of Time Warner for $85.4 billion will materially impact the way TV content is distributed and consumed. But despite suggestions by the executives who struck the deal, it isn't likely to drastically alter the ad landscape, at least in the near-term.

As more people watch content across a variety of platforms and devices, and on an increasingly delayed basis, AT&T and Time Warner believe they can better tackle the changes in viewership behavior together.

When it comes to advertising, the thinking is that combining the vast troves of data from a telecommunications giant and the TV programmer behind shows including HBO's "Game of Thrones" and TBS's "Full Frontal with Samantha Bee" will allow for greater audience targeting and ad relevance. The combined entity would also include Warner Bros., the studio behind the Harry Potter spin-off "Fantastic Beasts and Where to Find Them" and DC Comics movies such as "Suicide Squad."

Speaking on a press call on Saturday night, Time Warner CEO Jeff Bewkes said the deal would allow for "more innovation in advertising" where the ads will become "more effective and of interest to you in one house versus someone else in a different house."

Mr. Bewkes went on to say that people like advertising so long as it is relevant to them.

"With great content, you can build truly differentiated video services, whether it's traditional TV, OTT or mobile," AT&T CEO Randall Stephenson said in a statement. "Our TV, mobile and broadband distribution and direct customer relationships provide unique insights from which we can offer addressable advertising and better tailor content. It's an integrated approach and we believe it's the model that wins over time."

AT&T, which acquired DirecTV last year, already serves targeted commercials to specific DirecTV households through its AdWorks division. Such addressable advertising is expected to be in 13 million AT&T households by the end of the year.

Time Warner's Turner division has been helping to lead the TV industry when it comes to audience targeting. Its portfolio of data products, while still in its infancy, allow advertisers to buy inventory based on specific consumer targets rather than on the traditional Nielsen age and gender demographics.

"I think there aren't many implications on the ad sales angle in any practical way, as AT&T AdWorks is pretty small, but I can imagine they would try to establish some ad products that are similar to some that NBCU/Comcast has announced, which include some bundling of VOD and addressable units into AT&T/DirecTV inventory," he said via email. "Again, as a practical matter, that's not going to be very meaningful."

While Comcast's acquisition of NBC Universal in 2013 has allowed the company to offer some targeted ad products that use set-top box data and other viewer data, the benefits to marketers ultimately remain limited unless these types of products are available across distributors.

GroupM Chief Investment Officer Rino Scanzoni agreed that there won't be many ad implications from the deal in the short term. Further out, he said the combination of the two could help drive streaming-video-on-demand services for AT&T, with Warner Bros. a prolific video content provider.

Mr. Wieser does expect there to be some value to using the data to inform ad budget allocations. And digital ad sales could present some revenue and cost synergies, as buyers are more likely to be relatively indifferent toward reaching the same audience on Time Warner's digital properties such as CNN.com or through AT&T's ISP, he said. Placing all ad tech and ad sales infrastructure on common platforms could also allow for further cost savings.

But Mr. Wieser said the bigger implications for advertising will likely come from the consolidation of the companies' own agency accounts and media spending.