A tale of two impeachments 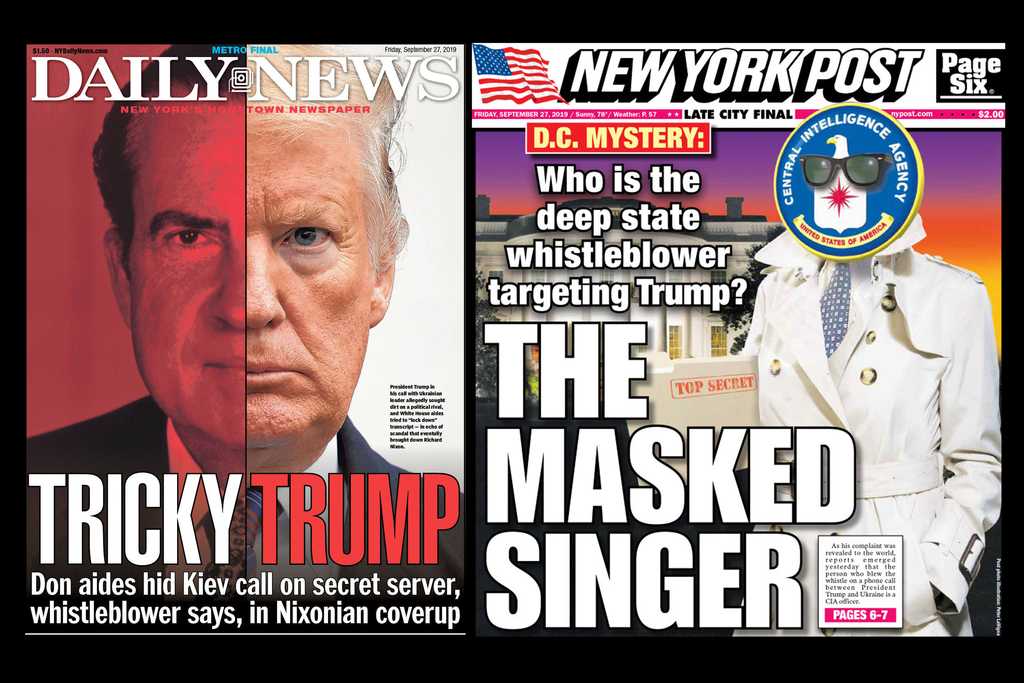 As part of Ad Age’s continuing media-about-media coverage, a quick glance at how America’s two leading tabloid newspapers are covering the unfolding Trump impeachment inquiry story. Both the New York Daily News and the New York Post are predictably blunt with their front-page takes today—in the process serving as barometers of how other media across the land will spin the narrative.

The left-leaning, Tribune-owned News invokes Richard Nixon’s “Tricky Dick” nickname to arrive at “Tricky Trump” for its headline and serves up “Don aides hid Kiev call on secret server, whistleblower says, in Nixonian coverup” for the subhead. The right-leaning, Murdoch-owned Post, meanwhile, not only invokes the conspiracy-theorist “deep state” trope in “Who is the deep state whistleblower targeting Trump?,” but pulls off a bit of promotional synergy with its “The Masked Singer” headline (that hit reality show airs on Fox, which is a corporate cousin of the Post) to convey the message that the impeachment is both a ridiculous game and a coup. Brace yourself for more—weeks more, months more, a lifetime more—of that kind of bifurcated coverage.