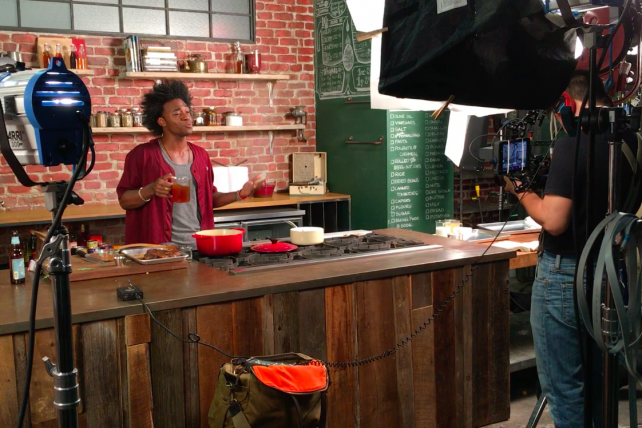 Sometimes how much money a digital media company has raised isn't as interesting as who's giving the company that money.

Take Tastemade for example. The three-year-old digital video network has raised $40 million in its latest funding round. That's a lot of money, especially when added to whatever remains of the $40 million the company had raised in total from its previous funding rounds.

But unlike the company's funding round last year led by Scripps Networks Interactive and Liberty Media, Tastemade isn't bringing on a new strategic investor whose primary purpose is helping the company navigate the media landscape. While previous investors Scripps, Liberty Media, Redpoint Ventures, Raine Ventures, Comcast Ventures and Tohokushinsha Film Corporation all re-upped their investments, Tastemade added a new investor to the mix: Goldman Sachs, which led the round.

Bringing on a financial investor, especially when a company has already raised multiple rounds of funding, usually signals one thing. The company has matured to the point that it's time to start thinking more about how its investors will make their money back, which usually means selling to another company or going public, and how soon that might happen.

"Goldman is a financial investor. All financial investors are looking for a good return on their investments. And so that is the relationship we have," said Tastemade co-founder Larry Fitzgibbon. However Goldman Sachs coming on as a financial investor doesn't speed up or slow down the timeline for when a liquidity event like an acquisition or IPO might occur, he said. "This financing gives us the time to build on everything we've built thus far," Mr. Fitzgibbon said.

Launched in 2012 as a YouTube channel that assembled a network of foodies to star in how-to cooking videos, Tastemade has broadened its content and distribution. The company has extended into the travel category, producing shows that document different cuisines around the world, and it has expanded where people can watch those shows to include Facebook, Snapchat's Discover publisher portal and Apple TV. Tastemade's videos fetch more than 1 billion views from more than 100 million people each month, according to the company. And the company's revenue has grown 100% year-over-year, though it's not profitable, Mr. Fitzgibbon said, declining to provide the company's actual revenue figure.

Tastemade has three areas in which it plans to use the funding to build on what it's built, according to Mr. Fitzgibbon. It wants to grow its New York sales team, which is now selling ads against the company's Snapchat Discover channel in addition to standard pre-roll ads and sponsorships. It wants to hire more engineers to develop technology that will help Tastemade distribute its content across services like Facebook, Snapchat, YouTube, Spotify, Comcast's Watchable, Verizon's Go90 and Tastemade's own Apple TV. And it wants to add to its global footprint by being able to produce more videos in different countries' native languages.

As much as Goldman Sach's money will help Tastemade afford that growth, so does its relationships with other media companies. The investment bank has stakes in Spotify, Pinterest and Legendary Entertainment -- media-and-entertainment companies that could be interested in doing business with Tastemade or, in the case of Spotify, already do. And Mark Midle, who leads tech investments for Goldman Sachs' merchant banking division, is joining Tastemade's board; he could help to make more of those connections.

"Goldman Sachs is a global firm, has touchpoints with media companies all over the world. So partnering with a firm that can help us as we think about trying to get to different places around was really important to us," Mr. Fitzgibbon said.