Taxi TV Could Be Going Away. Here's What It Means For Advertisers | Ad Age
Skip to main content
Sign In Register

Taxi TV Could Be Going Away. Here's What It Means For Advertisers 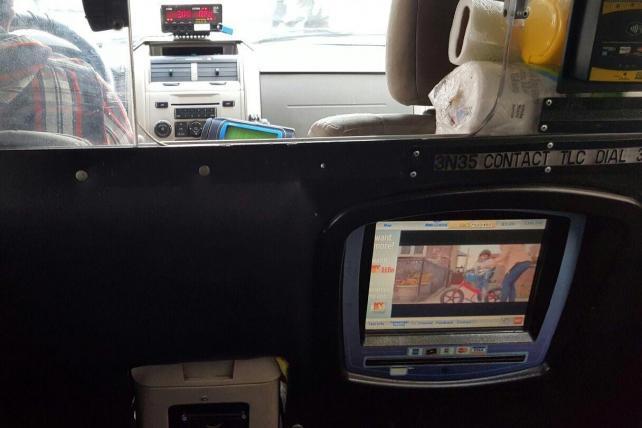 Those TV screens in the back seats of New York City taxis might disappear if a vote from the Taxi and Limousine Commission is passed later this week.

While this could be a relief for many taxi riders and drivers, who the TLC says find the TVs annoying, it could also leave a hole for advertisers who use them as a means to reach on-the-go consumers, and for content producers that use the screens as promotional vehicles.

According to Verifone Media, which handles ad sales for about 14,000 yellow and green cabs, the audience is affluent and well-educated. The average household income for riders in New York City is nearly $100,000 a year, according to the company's website.

The TVs also allow advertisers to geo-target around a neighborhood, event, conference or store location and chose what time of day they want to reach consumers.

"Verifone is a committed partner to the taxi industry," said Jason Gross, VP-strategy and innovation, Verifone. "These systems provide revenue for fleet owners; are an effective and highly-targeted advertising channel for local businesses; and [provide] entertainment and public service information for consumers," he said via email.

"In this video everywhere world, where consumers, programmers and advertisers are utilizing all screens, these screens deliver valuable services to all parties as today's consumers spend 70% of their time out of home," said Barry Frey, president and CEO, Digital Place Based Advertising Association, which represents digital video screens in places like airports, gyms, airports, gas stations and taxis. "Advertisers love the screens because they reach on-the-go consumers and help compensate for video impressions that can no longer be easily attained through TV advertising."

Mr. Frey said Verifone, which is a DPAA client, boasts hundreds of advertisers with a renewal rate of more than 90%. And Edison Media Research, which surveys riders leaving taxis after their trips, found that 69% of respondents intend to try or buy an advertised product.

TV networks have also used these screens as a way to promote their content. "It's been a great platform for networks to showcase their late-night talent," said Chet Fenster, managing partner-head of content, MEC Entertainment. "It exposes these personalities to clients and the media community."

Still, it's hard to tell if riders find the screens useful or intrusive. Even though passengers have the option to turn off the screens, according to Verifone they remain on more than 80% of the time, and riders "have no problem finding the off button when they want to," Mr. Gross said.

According to Edison Research 90% of passengers said they watched the content.

But the TLC has another explanation for why the TVs don't get shut off. The commission says that they regularly receive complaints that the "mute" and "off" buttons often do not work.

The TLC is set to vote on the proposal on Thursday, but even if it is passed, it won't result in the immediate demise of Taxi TVs. The TLC will begin a small pilot test of payment systems that do not utilize the screens. The test will last a year and Mr. Frey said no widespread changes are imminent.

In 2006, New York City became the first major city to require taxis have TVs. When they first appeared, there was a wow factor and advertisers were interested in the technology that was able to refresh content a few times a day, MEC's Mr. Fenster said.

But at that time riders didn't have the ability to easily stream content from their mobile devices.

Mr. Fenster predicts if the taxi TVs do become obsolete, they will "just be replaced by the screens in their pockets," which ultimately might be more beneficial for advertisers.