How a 'Fringe' Rerun Could Suddenly Become a TV Event

NEW YORK (AdAge.com) -- Is it possible for TV to duplicate an occasion such as the series finale of "M*A*S*H," which in 1983 attracted nearly 106 million people and cost advertisers around $450,000 for a 30-second spot? Can standard network fare really reach as many viewers as a broadcast of the Oscars or the Super Bowl? 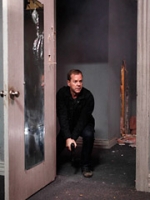 TIME IS MONEY: Fox is seeking up to $650,000 for a 30-second spot in the series finale of '24.'
Nope, but that's not stopping the networks from trying to create "event" TV. As new technology forces changes in viewership patterns, advertisers seem ready to pay big money for special programming that draws fewer viewers than in the past -- so long as those viewers are believed to be more ardent and interested than the teeming throngs who were once the boob-tube norm. In other words, as audiences get smaller, the definition of what qualifies as an "event" gets broader.

"Every single network is trying to make an event out of all of their programming," said Michael Benson, exec VP-marketing, ABC Entertainment Group. And TV moguls are now looking beyond obvious opportunities such as premieres, returns and finales. "We don't really feel that we can or should make everything an event," Mr. Benson added, but the networks can certainly mine more opportunities than they have in the past.

Series finales of favorite shows often draw big audiences, for which advertisers usually pay a premium. But the premiums are coming as audiences are sliding. The average audience for "24" this season through March 22 is just 11.4 million live-plus-seven-day viewers, according to Nielsen, down from the series' 2005-2006 high of 13.8 million viewers. The show has dropped viewers steadily throughout this season, to boot. "Lost" this season is fetching an average live-plus-seven-day viewership of 12 million through April 4, according to Nielsen, compared with its 2006-2007 high of 15.1 million.

Hoping for turnout
And the numbers are paltry compared with moments from TV's past. The series finale of "Seinfeld" drew 76.3 million viewers, and advertisers paid $1.4 million to $1.8 million for a 30-second spot. The series finale of "Friends" drew 52.5 million viewers, and advertisers forked over $1.5 million to $2.3 million for a 30-second ad. If "24" and "Lost" draw their regular crowds, they'll manage to snare an audience similar to that of the series finales of decidedly less-memorable programs such as "Falcon Crest" or "Coach," according to data compiled by Brad Adgate, senior VP-research at independent ad buyer Horizon Media.

What's changing? The advent of the DVR and the ability to watch TV shows on-demand via the web has shrunk the size of the usual TV-show audience. Some ad buyers say they're willing to pay a premium just to reach a concentrated dose of TV fans that really care about the program they see.

One academic believes fans of specific shows are more interested in the ads surrounding them. "There's a strong link between involvement with programming and attitudes toward advertising," said Larry DeGaris, an associate professor of marketing at the University of Indianapolis. In a recent national study of 1,121 U.S. adults, Mr. DeGaris found sports fans are about four times more likely to like advertising than non-fans.

Not everyone feels the same way. "Just because it's promoted as an event doesn't mean that it automatically becomes one and we should pay a lot more for it," said Sam Armando, senior VP-director of strategic intelligence at SMGX, part of Publicis Groupe's Starcom MediaVest Group.

At ABC, Mr. Benson envisions seizing on story arcs or the ups and downs of individual characters to create "event" positioning next season. Already, he has tried to make an event of a two-episode story arc of ABC's "Castle." A two-hour episode of "Brothers & Sisters" slated to run last night was being touted as a "two-hour movie."

"It's the rabid fans that really create more value for the advertiser," he said, because "they aren't scanning through the commercials and watching on DVRs. They are watching live. That really is the value of broadcast."

In an ironic twist, just as the networks consider placing more emphasis on events, they are losing programs or people who help create them. With "Lost" and "24" bidding adieu, broadcasters have two fewer serials that draw the intense audiences they need to justify value to advertisers. And while Fox's "American Idol" continues to generate a large audience, the show has shown some weakness and will lose popular judge Simon Cowell at the end of this season.

And that will, undoubtedly, be promoted as an event.