Must-Flee TV: Movie Dollars High-Tail It Out of Thursday Nights 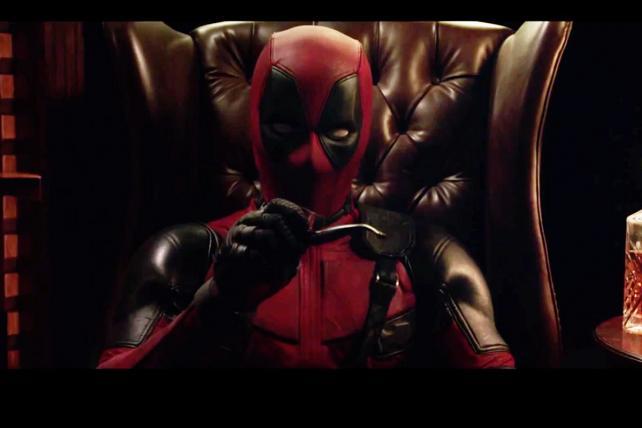 Thursday night has begun to lose its outsized place in the imaginations (and media budgets) of American advertisers, as once-ubiquitous categories like movies and automotive have altered their TV spending strategies to lock in more inventory earlier in the week.

Buyers and sellers say the shift away from Thursday night is a reaction to rapidly changing viewer habits and the increasing adoption of the beefed-up C7 ratings currency. Simply put, while a heavy emphasis on Thursday primetime buys was once standard operating procedure for studios looking to put fannies in seats during a theatrical's opening weekend, dwindling Thursday ratings have sent buyers scrambling to secure GRPs on more heavily trafficked nights.

"Sunday is the new Thursday," said one national TV buyer, who said the three-hour window at the tail end of the Nielsen week is now the busiest for his movie studio and automotive clients. "It's a case of money following eyeballs. For as long as I can remember, the thinking was you had to buy Thursday if you were opening a movie, because there was such a short window to create awareness and sell tickets. If you didn't open big, you were dead."

But with live viewing now accounting for just 51% of overall TV consumption, buyers can no longer assume that a movie teaser that airs the night before a film opens necessarily will be seen by an ideal number of potential multiplex-goers. (And if viewers time-shift the content and catch up after the opening weekend, that doesn't do the studio any favors.)

As an alternative, buyers can arrange for a movie spot to air on Sunday night, when TV viewing levels are at their highest, and even if the teaser is time-shifted, the seven days of commercial views incorporated in the C7 stream will validate that delayed view. In other words, it's a win-win, as the week's commercial delivery will "count" against the networks's ratings guarantees, as long as those were made against C7 instead of C3, and the viewer still has ample time to get herself to the theater and count among the opening gross.

The shift of movie and dollars out of Thursday prime isn't merely anecdotal. According to iSpot.tv data collected during the recently-concluded 2015-16 broadcast season (Sept. 21-May 25), studios invested $410.4 million, or nearly a quarter of their overall $1.77 billion spend, on Sunday TV inventory, while Thursday played second fiddle with $281.3 million in studio commitments. Of the top 10 studios, only Warner Bros. spent more on Thursday prime than any other night of the week, and that was by there merest dermal-dental layer ($100,000, per iSpot).

Paradoxically, the season's arguably most high-profile studio, the single-release LucasFilm, joined Warner Bros. in its old-school approach to buying TV time. Nearly one-third ($10.1 million) of the $34.4 million the studio spent to promote "Star Wars: The Force Awakens" on national TV landed on Thursdays; of that, $7.81 million was allocated to Thursday prime.

Similar spending patterns were apparent across nearly all of the biggest ad categories. Automakers dumped almost one-third ($1.41 billion) of their aggregate $4.42 billion TV spend into Sundays, while $572.2 million was earmarked for Thursdays, while quick service restaurants heavied up on Sundays, Saturdays and Mondays. Only department stores continued to place a disproportionate emphasis on Thursday TV, as Walmart, Target, Macy's, Kohl's and the like pinned nearly 20% of their aggregate $1.07 billion TV spend to that particular day.

While Sunday prime boasts the week's biggest HUT levels, which is industry argot for Nielsen's measurement of the number of homes using TV in a given part of the day, both Sundays and Thursdays also are weirdly eclectic. "Some of the reasons [clients] want to buy a show go beyond just the ratings, although obviously the more people that are watching the better off it is for their commercial messaging," said one ad sales executive. "But the variety of audiences you can get on Sundays is so attractive. If you're opening a romantic comedy there's the ABC dramas, and if you're looking for younger guys because you have a superhero thing or an action movie, there's Fox and 'Sunday Night Football' and 'The Walking Dead.' You'll pay more for that reach, but when your promotional budget is bigger than your production budget, how much haggling are you really going to do?"

"Years ago, a media plan was all about grabbing as many spots in 'Seinfeld' and 'Friends' and 'ER' as you could, knowing that whatever you had was going to do at least a 14 [rating]," said one buyer, who recalled how NBC's storied Thursday comedy lineup once was in such great demand that nearly every pod in the two-hour block leading into "ER" featured a movie ad. "That was the whole plan. But those days are over, and they're not coming back -- not that that's exactly news to anybody. So you buy a little here, a little there, you push further back into the week, you layer in digital. And so you have to work a little harder to put it all together, but you're still just trying to build awareness, and hopefully that awareness turns into a night at the movies."