The Joe Ripp era at Time Inc., it seems, will begin with an expansion of the company's print portfolio. 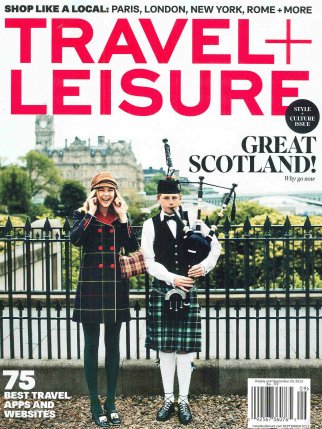 Time Inc., where Mr. Ripp assumed CEO responsibilities last week, is in "very late stage" talks with American Express to acquire five brands from the company, including Food & Wine, Travel & Leisure and Departures, according to two people familiar with the matter.

Staff members at both companies have said a deal could be announced as early as today. The reported sale price of $100 million is on the high end, a person familiar with the deal said.

Neither company has commented on the record about the deal.

But investing millions in print publications when Time Inc. -- which posted a 3% revenue decline in the second quarter compared with the prior year -- is due to spin off from parent Time Warner early next year is an odd move, said Ken Doctor, an analyst with Outsell.

"They're taking on essentially more risk," said Mr. Doctor. "In the middle of their own transformation, they're doubling down on very consumer oriented publications."

The American Express Publishing titles, which cater to an affluent audience, are having a strong year thus far. Ad pages across all of its titles are up 6% compared with last year, the company has said. Departures, which is sent to American Express Platinum card and Centurion members only, has seen ad pages increase 16% on the year. Under the deal now being finalized, Time Inc. will continue to deliver Departures to the same cardholders who receive it now.

"There are all kinds of synergies there," Mr. Doctor said of Time Inc. and American Express Publishing, "but the synergies have long been there."

The key for Time Inc., Mr. Doctor said, is to find a formula to now wring more dollars from both its current suite of titles as well as the American Express magazines. "It's a good audience," he said of American Express Publishing. "They just need to get really good at monetizing audience directly as well as selling advertising in all of its forms."

Time Inc. has invested in digital assets of late. Time magazine, for example, is in the process of hiring roughly two dozen employees, mostly on the digital site, in anticipation of a redesign later this year. People magazine, which introduced new subscription models this week, has also hired for its digital side, the company has said.

But the company's long period of uncertainty was extended again recently when Time Warner CEO Jeff Bewkes said the spin-off of the publishing unit would take place next year instead of this year as originally planned.