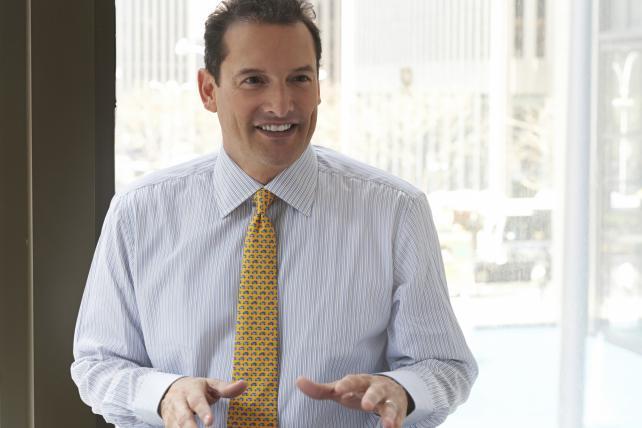 Time Inc.'s executives are bullish about the company's future, but that didn't stop them from further lowering the amount of revenue growth projected for 2016. The company now expects 2016 revenue to land somewhere between down 1% from 2015 and flat. In early August, the company revised down estimates from 1% to 5% year-over-year growth to between flat and up 1.5%.

Overall, revenue for the company's third quarter was down 3%, to $750 million, Time Inc said Thursday. Advertising revenue was up 5% for the quarter, but circulation revenue was down 15%, dragged down by declines in both newsstand and subscription revenue.

Digital advertising was a growth point, up 63% for the quarter, while the larger print and other advertising category was down 10%, broadly echoing trends across the media industry. On Wednesday, The New York Times reported an 18.5% decline in print advertising revenue, though CEO Mark Thompson argued that the company is less reliant on it as a revenue stream than others.

"We are a company undergoing a transformation, and I accepted this opportunity because I strong believe that we can turn Time Inc. into a growth story," said Rich Battista, who was promoted to president and CEO in September, on a call with analysts.

As did his predecessor as CEO, Joe Ripp, Mr. Battista talked up the positive feedback he has gotten from chief marketing officers and the advertising community at large.

Mr. Battista also said the company is "just scratching the surface" on licensing revenue, and sees an opportunity in expanding live events and conferences.

Jen Wong, who was recently promoted to chief operating officer, while retaining her title as president of digital, took a question about the market dominance of Facebook and Google. Digital publishers are increasingly chafing at the percentage of digital advertising growth being sucked up by those two companies, but Ms. Wong called them "very important and close partners of ours." Rather than pitting Time Inc. against them, she said, "The fact is, they grow, we grow."

For Time Inc., 2016 has been a year of transformation, including both editorial and sales-side reorganizations. Layoffs have also been part of the equation, such that the company spent $43 million on net restructuring and severance costs in the quarter.

When asked by an analyst whether he is planning another major restructuring, Mr. Battista said, "That is not in the plans right now." He said the company is examining other ways to reduce costs in weak areas, and is looking at opportunities to create more editorial and back-office hubs that could unify operations.