New Time Inc. CEO Joe Ripp told roughly 300 employees at a town hall-style meeting Wednesday that the company's executive suite has been a place "where ideas go to die," according to staffers who were present. 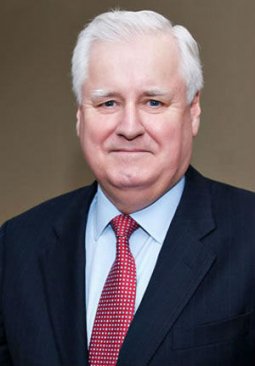 "If I have my way I'm going to close that damn thing down," Mr. Ripp said, addressing an audience of managers and executives.

The company, the publisher of magazines such as People and Sports Illustrated, is keenly looking to Mr. Ripp for clues to its uncertain future. Parent company Time Warner plans to spin Time Inc. off into an independent company early next year, and Mr. Ripp last week became the third Time Inc. CEO in three years.

He seemed to strike a folksier tone on Wednesday than his predecessor Laura Lang had, showing up for his first big appearance wearing a tie but no jacket and talking about bridging the gap between executives on the 34th floor of the Time & Life building and staff throughout the company.

Mr. Ripp later sent a memo to all Time Inc. staff, encouraging them to present him with ideas. "I know you have ideas and I want to hear from you directly," he said in the memo. "That's an open invitation. I don't plan to spend all my time on the 34th Floor. So, you'll be seeing me around the building."

Although many of the executives and managers at the meeting hadn't seen Mr. Ripp in person before, he is no stranger to Time Inc., having worked there and at parent company Time Warner for nearly 20 years starting in 1985.

The meeting was unscripted and in the style of quarterly management meetings the company has held regularly with its CEOs. Fortune Managing Editor Andy Serwer conducted a question and answer session with Mr. Ripp, who also took questions from the audience. At one point, Mr. Ripp turned to Mr. Serwer and said, "Andy, what do you think I should do?"

Asked by an audience member whether more layoffs were likely, following 500 job cuts earlier this year, Mr. Ripp said it was premature to comment.

He also gave a non-answer when asked about how the pay structure will work after the spinoff.

Mr. Ripp urged employees to not only look to the leadership but to consider their own impact at the company. "What are you going to do to grow your business?" he asked.

In his memo later, Mr. Ripp described his plans in general terms.

"We need to establish a strategy for investment, a compensation philosophy that will enable us to retain and recruit the best talent, a capital structure that will ensure our success as an independent company, a board that will constantly challenge us to do better and a culture that rewards great ideas," he wrote. "We must give investors a compelling reason to bet on us."

The session came a day after Time Inc. said it would buy five magazine titles from American Express Publishing. Mr. Ripp was upbeat about the acquisition Wednesday and said he would not shy away from future investments if they made sense, employees said.

When asked whether any Time Inc. titles will go on the block, Mr. Ripp said it will boil down to whether a magazine is worth more to someone else than it is to Time Inc.

During the meeting and in the memo he sent Wednesday, Mr. Ripp said Time Inc. should not think of itself as a magazine company -- however difficult that may prove at the country's largest magazine publisher in terms of ad revenue. "We can no longer look at ourselves as the 'magazine division' of Time Warner," he wrote. "We are going to be a stand-alone, publicly-traded media company."