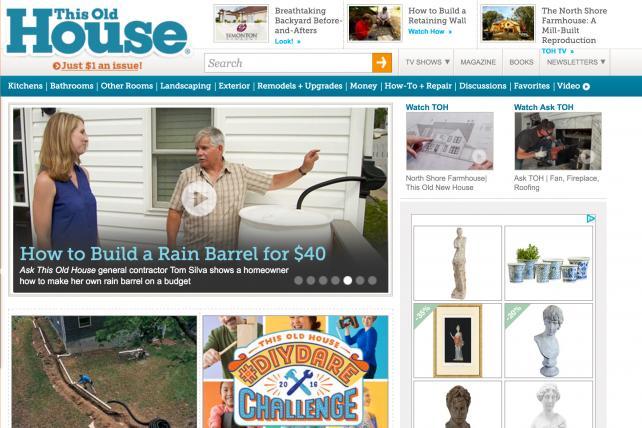 Mr. Thorkilsen, who served as president of This Old House Ventures between 1995 and 2004, will become chief executive of the company. Terms of the deal were not disclosed.

While the company will operate independently as This Old House Ventures, LLC, to be based in Connecticut starting this summer, Time Inc. will continue to play a role, it said in a statement. "Time Inc. will remain involved with the lifestyle brand through long-term service agreements with the new owners to provide back office operations including magazine production, consumer subscription marketing, and fulfillment and distribution services," according to the release.

In the release, Mr. Thorkilsen was credited with executing a multi-platform strategy for This Old House and Martha Stewart Living, which he helped found.

"I have been a champion of This Old House for the better part of three decades and it is an honor to be able to rejoin this extraordinary franchise and bring it to a new generation of fans," he said in the release.

Time Inc. CEO Joe Ripp in the announcement thanked the This Old House team for their work and commitment to Time Inc. "They've got a great new home, and with Eric and TZP Group at the helm, I know they will continue to thrive and succeed," he said.

As part of the acquisition, Susan Wyland has been named editor in chief of This Old House magazine, succeeding longtime editor Scott Omelianuk, who "has decided not to make the transition and is leaving the brand to pursue a new opportunity in the television space."