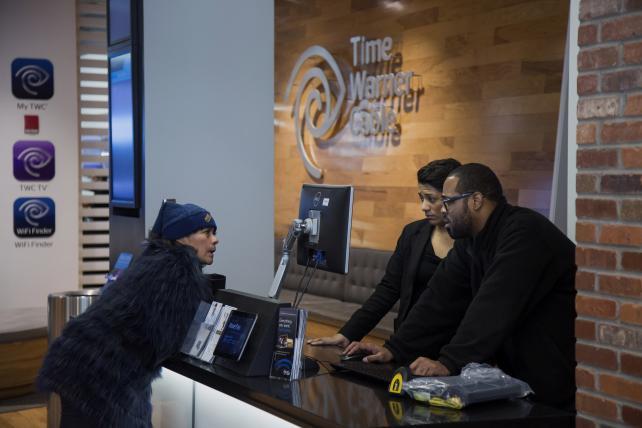 Time Warner Cable, whose merger with Comcast was called off last week, posted first-quarter profit that missed analysts' estimates because of higher TV programming costs, but the company reported its first quarter growth in residential cable subscribers since it began breaking out the figure in late 2010.

The number of U.S. subscribers to cable, satellite or fiber services fell for a second straight year in 2014, by about 176,000, according to research firm SNL Kagan. A year earlier, the drop was 251,000.

The company was expected to add 39,000 video subscribers and 188,500 high-speed internet subscribers, according to analysts' estimates compiled by Bloomberg.

As the number of Americans paying for TV declines, Time Warner Cable has focused on offering cheaper bundles of cable, internet and phone service to keep subscribers and lure new ones.

Rival Verizon's attempt to go even further and offer a customizable "skinny" bundle for Fios has run into stiff opposition from some networks, including ESPN, which said it is suing to get an injunction against it.

At the same time, TV distributors face rising costs for airing football, basketball and other games. The company's programming and content expenses climbed 8.4% to $1.42 billion in the quarter, as TV programmers demanded higher fees for the right to air their sports and broadcast channels.

Time Warner Cable customers this year had a $2.75 monthly charge added to their bills for sports programming.

Investors are focused on what's next for Time Warner Cable after Comcast dropped its $45.2 billion takeover deal -- which would have combined the two largest cable companies in the U.S. -- in the face of regulatory hurdles. Advisers for Charter Communications, the No. 4 in the industry, have already reached out to Time Warner Cable to begin talks on an acquisition, people with knowledge of the matter have said.