There Are Advantages to Consolidation, Marcus Says, but No Rush to Sell Either
READ THIS NEXT
Facebook offers millions of dollars in refunds to advertisers tripped by measurement mistake

Time Warner Cable may not be in as much of a rush to sell the company as some have suggested. 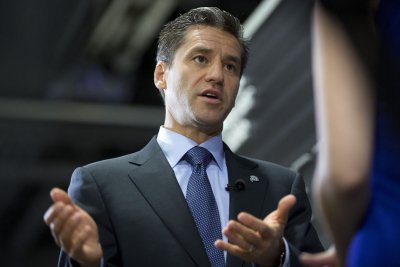 Time Warner Cable has been at the center of takeover talk in recent weeks, with reports indicating that Charter Communications, Comcast and Cox are interested in acquiring the company.

Mr. Marcus, who currently serves as chief operating officer and will succeed Glenn Britt as CEO next month, said his responsibility is to shareholders and that he is open to a deal if it benefits investors.

There are benefits to consolidation in the cable industry, including reducing programming costs, he said.

That's the kind of talk that has earned the company recent headlines such as "Time Warner Cable's Next CEO Ready to Sell If Price Is Right."

But when Mr. Marcus takes the reins, he said Monday, his focus will be on customer service and making the company more performance-oriented. He said he is committed to fixing Time Warner Cable's residential business by investing in reliability and product differentiation.

When it comes to streaming videos impact on cable, Mr. Marcus said he views such so-called "over-the-top" services as a positive for broadband cable providers -- such as his company -- and that he would also consider making services like Netflix available on set-top boxes.