But Disruption Isn't Undermining Company's TV Ad Dollars Yet, Bewkes Says
READ THIS NEXT
Warner Bros.’ 2021 films to hit both HBO Max and theaters in move that rocks film and streaming industries

Forecasters may predict that TV will soon peak as digital media rises, but Time Warner isn't seeing signs of that shift yet, CEO Jeff Bewkes said at the annual UBS Global Media and Communications Conference on Tuesday. 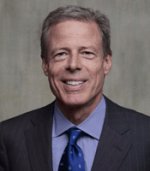 "There's not much going on there right now," Mr. Bewkes said of TV ad dollars moving to digital.

Two recent forecasts have said that digital ad spending will erode TV ad budgets over the next several years.

But Mr. Bewkes threw cold water on that notion, at least in terms of Time Warner. "That's not to say everybody wouldn't be interested and encouraged in the development of those things," he said referring to digital advertising. "But it doesn't look like much right now."

"And the growth rate in all of the sectors of television advertising has been fairly consistent," he added. "So you haven't seen any diminishment."

Indeed, TV advertising was a bright spot for the company in the third quarter, growing 11% from the quarter a year earlier.

Mr. Bewkes also called video on demand showings of TV programming a "gigantic opportunity" for the entertainment industry. He said VOD was being held back by pay-TV companies' failure to adequately promote it -- leaving the door open for more disruptive technologies to get a foot in.

"There is very spotty performance among the distributors on how these tremendous VOD rights are conveyed to you," he said. "If we don't fill that need, then it is going to get filled by somebody else and it would be a missed opportunity," he warned.

Verizon and Comcast have done a good job with their platforms, Mr. Bewkes said.

More changes are likely ahead for the company's CNN unit, according to Mr. Bewkes, who said viewers may see "an expansion of the news definition in prime time." That echoes recent comments by CNN President Jeff Zucker that series in the style of Anthony Bourdain's "Parts Unknown" could soon find slots in weekday prime-time, not just the weekends.

The slate of original shows at HBO is "bigger and stronger than it's ever been," Mr. Bewkes added.

The company's planned spinoff of Time Inc., the struggling publisher of People and Sports Illustrated magazines, is still on track for the second quarter of 2014, according to Mr. Bewkes, who contradicted a report over the weekend that there would be another delay.

Time Inc. executives told the company's 300 top managers during a meeting Monday that layoffs were likely.