Talks of Proposed Merger With Meredith End
READ THIS NEXT
Watch Elon Musk’s awkward ‘SNL’ promos—plus, why his hosting stint is so controversial

Soon, CEO Jeff Bewkes will have his wish: Time Warner won't be a magazine company anymore.

A month after several media outlets reported that Time Warner was in discussions to merge a chunk of its magazine business with Meredith Corp.'s, the company instead announced today it would spin it off into its own publicly traded company, separating an iconic stable of magazines from what will become a pure-play TV company.

Time Inc. CEO Laura Lang will not be the person to run the newly separate Time Inc., the company said. Time Warner said it hoped to complete the spin-off by the end of the year. 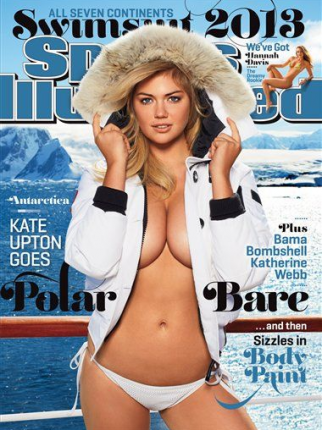 "After a thorough review of options, we believe that a separation will better position both Time Warner and Time Inc," Time Warner CEO Jeff Bewkes said in a statement. "A complete spin-off of Time Inc. provides strategic clarity for Time Warner Inc., enabling us to focus entirely on our television networks and film and TV production businesses, and improves our growth profile. Time Inc. will also benefit from the flexibility and focus of being a stand-alone public company and will now be able to attract a more natural stockholder base. As we saw with the prior spin-offs of Time Warner Cable and AOL, we expect the separation will create additional value for our stockholders."

Under the proposed deal with Meredith, Time Inc. would have held onto a few non-female-centric titles -- most notably Time and Sports Illustrated. But The New York Times reported this afternoon that Time Warner had broken off the talks after being concerned about what it would do with the four magazines it wouldn't have merged with Meredith. Soon after that report surfaced, Time Warner sent out a press release announcing its desire to create a separate public company.

Ms. Lang is expected to stay on during the transition, but not run Time Inc. once it becomes a separate public company. She was poached from Digitas in November 2011 to bring a level of sophistication to the way that Time Inc. services digital marketers.

The company rolled out several new ad products under her watch in an effort to capitalize on its wealth of data on its subscribers. But the company's fortunes did not seem to be improving. In January, Time Inc. announced that it was laying off 500 employees -- its largest round of cuts since 2008. Time Inc. revenue declined 7% in 2012, with advertising revenue dropping 5%.

When Ms. Lang left Digitas for Time Inc., she was coming from the largest digital agency in the U.S., with more than $500 million in revenue in 2010, according to Ad Age DataCenter. The decision to leave was a tough one, she told the staff in a memo, especially considering she had helped take Digitas public and then later helped sell it to Publicis Groupe. Still, she found the Time Inc. CEO gig as "an opportunity to influence the industry from a different sector."

Considering that experience, the question will now be whether Ms. Lang will return to ad land if she can land a similarly high-profile gig.

Here's her resignation memo to staff:

Today's news that Time Warner plans to spin off Time Inc. is something that everyone is just beginning to digest. While there are many questions that can only be answered in time, one thing is already clear: the hard work we have done over the past year in maintaining our core business while at the same time becoming more digitally focused has positioned the company well. Time Inc. has incredible talent and great brands that will continue to lead our industry.

The planned spin-off has also made me reflect on what is the best path for me and the company going forward. After considerable thought, I have decided that taking the company through a transition to the public markets is not where my passion lies. Jeff has been extremely supportive and I am committed to working together with him on recruiting the right person to lead Time Inc. at the spin.

I want to thank all of you for your support over the past year. You welcomed me warmly and jumped in enthusiastically as we charted a course. I look forward to working with you as we continue to make progress.