Ads Challenge Stars and Viewers to Accept Who They Are

Update: Several weeks after this article was published at the end of March, a TLC spokeswoman said the campaign had been pushed back to later in the summer and that new creative was being finalized.

Discovery Communications' TLC is embracing the reality of its stars' lives, which tend to range from unusual to outlandish to sometimes controversial.

Instead of shying away from its more eccentric personalities, which in recent months have resulted in some severe crisis management on part of the network, TLC is linking arms with its talent with a new brand campaign.

The "I Am" campaign, which will roll out this summer, is challenging viewers to define themselves before they let others define them.

In much the same way, TLC must make a statement to the advertising community during this year's upfront negotiations about who it is and what it represents.

"With real people, real things happen," said Nancy Daniels, president and general manager, TLC. "We are embracing that and putting it out there. We are owning who we are."

These "real things" include the cancelation of two of its most popular series -- "Here Comes Honey Boo Boo" and "19 Kids and Counting" -- following headlines about the mother on "Honey Boo Boo" dating a convicted child molestor and one of the "19 Kids" molesting his sisters when he was a teenager.

Despite these controversies, which have resulted in some advertisers pulling out of the network, TLC doesn't seem to have any plans to water down its programming.

TLC will continue to look for shows that "have heart and a little bit of OMG," as Ms. Daniels puts it, as it tries to break through the programming clutter.

She points to newer shows like "My Giant Life," about extremely tall women, and "Long Lost Family," which follows people reuniting with their biological parents, as the types of stories TLC will continue to tell.

And while the core of the network may still be with larger-than-life real people, TLC is also trying is its hand with scripted programming. The network greenlit its first scripted drama, a show from Tyler Perry, this week.

The launch of the "I Am" campaign isn't about rebranding the network, executives said. Quite the opposite.

"It is a crystallization of who we are and how we define ourselves," Ms. Daniels said.

"We like to say at TLC we tell it like it is," she added. "We know life is messy, but that's what makes it interesting." 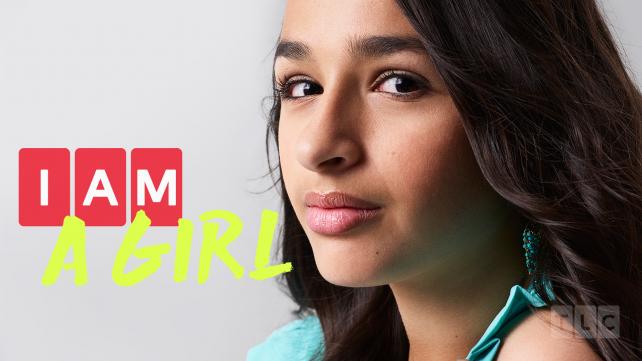 The "I Am" campaign will kick off this summer with videos of TLC stars like transgender teen Jazz Jennings, Whitney Thore from "My Big Fat Fabulous Life" and the casts of "Little People, Big World," "Sister Wives" and "Kate Plus 8," telling their stories of triumphs and struggles.

In the spot, these stars define themselves with words like "fierce," "cancer-free" and "a girl."

The message in the video: "Throw off all the labels people put on you; stand up and own who you are."

"We look at the trend of advertisers celebrating people as individuals with Always' campaign 'Like a Girl' or Dove's 'Real Beauty,'" said Sharon O'Sullivan, exec VP-client and brand partnerships, Discovery Communications. "It has always been part of TLC's DNA to celebrate people."

The spots will air across TV, but the biggest focus will be on social media.

While all the elements of the campaign have not been finalized, it will include the opportunity for viewers to personalize the campaign on social platforms with "I Am" signatures. The network is also planning activations in major U.S. cities and other experiential opportunities.

TLC partnered with mOcean and Sibling Rivalry for the campaign.

Ultimately, TLC hopes the "I Am" campaign resonates beyond its own network, shows and stars and becomes a cultural movement, which Ms. Daniels said would serve to "make the brand stronger."

It will also be part of how TLC articulates its programming development strategy and filters for selecting talent to advertisers during this year's upfronts, when networks look to sell a bulk of their commercial inventory in the upcoming TV season.

"TLC is sort of a conundrum for some advertisers as it has quite a bit of alternative lifestyle, family and women-centric programming that appeals to advertisers," said Billie Gold, VP-director programming research, Amplifi U.S., part of the Dentsu Aegis Network, pointing to shows like "Cake Boss" and "Say Yes to the Dress." "But on the flip side has been marred with a few shows that have had scandal as of late."

While there are plenty of advertisers that have not been concerned with the heat TLC received following the news of Josh Duggar of "19 Kids and Counting" sexually abused his sisters Jill and Jessa when he was 14 years old, others have distanced themselves.

Brands like Verizon Wireless, Choice Hotels and The UPS Store have publicly said they do not want to be associated with the new Duggar spinoff, "Jill & Jessa: Counting On," which premiered earlier in the month.

"We always listen to our advertisers and make sure they're placed only in the shows where they want their commercials seen," Ms. O'Sullivan said.

TLC isn't the only network grappling with the real-life scandals of its TV stars. A&E has had its fair share of controversies surrounding the Robertson family at the center of "Duck Dynasty." And the Kardashian's have certainly had their own skeletons in the closet that E! Network has had to contend with in its 11 seasons.

It's not surprising TLC continues to associate with the Duggars. The network has historically seen some of its biggest ratings successes amid controversy.

Back in 2009, nearly 10 million people tuned in to "Jon & Kate Plus 8" to witness the ugly and public end to Jon and Kate Gosselin's marriage.

And viewers are still drawn to the Duggar's story. The first episode of the three-part special, "Jill & Jessa: Counting On," which aired late last year, was watched by 2.2 million people. The special was picked up for a full season, with the first episode premiering to 1.9 million viewers on March 19.

Ms. O'Sullivan credited the tune-in to the emotional connection TLC's viewers feel with its families.

TLC will be playing up the connection it says its viewers have with its shows and will put advertisers in the middle of those relationships through branded content opportunities.