TNT Tries to Keep 'The Closer' Open With 'Major Crimes'

'Sequel' to 'The Closer,' Not Really a Spin-off, Could Offer New Idea for Networks
READ THIS NEXT
ViacomCBS tests national addressable ads with Dish Media

When "Major Crimes" debuts on TNT next Monday night, viewers may think they're watching another episode of the network's popular show "The Closer." That is by design. 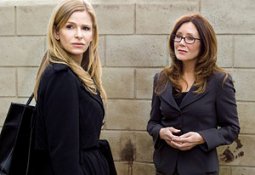 Kyra Sedgwick and Mary McDonnell on 'The Closer'

"Major Crimes" has been in the works at least since "Closer" star Kyra Sedgwick said in late 2010 that she was ready to depart the show, putting an end to a hit series in the process. TNT had actually been mulling a "Closer" spin-off for some time, even before Ms. Sedgwick's announcement, according to one person familiar with the situation. But the star's exit changed the equation somewhat.

Instead of a traditional spin-off such as "Private Practice," a drama about a "Grey 's Anatomy" character in a new city, or "Mork and Mindy," a sitcom launched from "Happy Days" but based on a very different premise, "Major Crimes" takes place in the same milieu as "The Closer," features much of its forerunner's cast and continues the first series more than it takes it in a new direction.

The maneuver is decidedly uncommon. One of the few examples that stands out is "Mayberry R.F.D," which was essentially a way for CBS to keep "The Andy Griffith Show" on the air after its star left the series in 1968. The new show starred newcomer Ken Berry alongside most of the cast of the original series, including Frances Bavier as Andy 's Aunt Bee, and ranked as one of the top four shows on TV in its first few years. More recently NBC has kept "The Office" on the air even after star Steve Carrell left its cast, a slightly different approach. Now TNT, part of Time Warner 's Turner division, is trying its hand.

But even traditional spin-offs are unusual on cable TV, where dramas and comedies quickly fade once they end, leaving the passionate audiences that advertisers love without the anchor that kept them watching. There's never been a spin-off of "The Shield," "Damages," "Covert Affairs" or "Army Wives." If "Major Crimes" is successful, other cable hits might try something similar.

The new TNT drama "is a spin-off, but it's also like a sequel," said James Duff, the creator of both "The Closer" and "Major Crimes." The show is likely to have more of an ensemble feel, with members of the detective squad from "The Closer" trying to deal with a new boss, played by Mary McDonnell, who has been a strong presence on "The Closer" in recent episodes.

Just as there is pressure on the people now marketing "The Bourne Legacy" to moviegoers without longtime "Bourne" star Matt Damon, there is some heat on Mr. Duff. "Television affords you the chance to embarrass yourself in front of millions of people, so I guess you could say I feel the stress and pressure very keenly," he said. 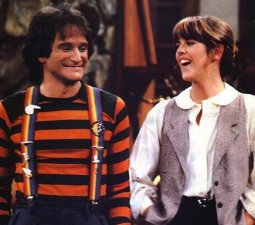 TNT has every reason to want to extend the success of "The Closer." Major marketers including Pfizer, AT&T, Target , Apple and Eli Lilly spent a combined $66.4 million advertising on "The Closer" in 2011, up from $49.4 million in the previous year, according to estimates by ad-spending tracker Kantar. The series has also arguably become the network's best-known program, thriving for years while other notable TNT efforts such as "Men of a Certain Age," "Trust Me" and "Hawthorne" came and went.

"Major Crimes" comes, too, at a time when TNT is attempting to boost its reputation with "popcorn" TV programs. After network ratings suffered last season, executives pledged to right the ship with programs appealing to broader swaths of the demographics that advertisers want. Most recently it introduced a remake of "Dallas," joining a lineup that includes cult-favorite cop show "Southland" and the still-emerging sci-fi serial "Falling Skies."

It's not yet clear how much of the "Closer" audience "Major Crimes" will keep. "The show should garner good sampling and draw 'The Closer' fans in, but its longevity and ratings strength all depend on the quality of the show and its writing," said Billie Gold, VP-director of buying and programming research at Carat. "I am sure 'Major Crimes' will do extremely well, but likely it will not quite reach the level of 'The Closer,'" she added.

Hyundai and Liberty Mutual have agreed to support the first season of the new program. Its lead character, Capt. Sharon Raydor, will drive a Hyundai Genesis, and Hyundai will advertise not only with TV commercials but a variety of digital tie-ins, including sponsored aggregation of social-media chatter about the show. Liberty Mutual will advertise on TV, but is also involved in tune-in announcements on TNT's air that will pair the insurer with Capt. Raydor, telling viewers to "Do what's right, or answer to her" -- fitting Liberty Mutual's existing ad theme of personal responsibility.

Familiar elements have made the series "a much easier sell," said Donna Speciale, president-ad sales for Turner's entertainment networks. She said her staff first turned to sponsors of "The Closer" to see if they would continue to participate. Apple, AT&T and Eli Lilly are among the "Closer" advertisers that are also buying ads in "Major Crimes."

"We always have to sell each show on its merits," she said, so there was no assumption prior sponsors would continue. One notable change: Hershey, which found a natural link to "The Closer" because its lead character had a fondness for sweets, is not buying product placement in the successor series.

To generate the biggest possible audience for "Major Crimes," TNT will introduce it right after the "Closer" series finale on Monday and run a "Closer" marathon in the hours leading up to the big double feature, said Tricia Melton, senior VP-marketing for TNT and its sister networks TBS and TNT. But the network realizes that 's just the start of getting viewers to turn their "Closer" fix into a "Major Crimes" habit, she said.

"Week two, three and four are a huge priority on TNT, so that is absolutely part of the strategy," she said. "Week two is as important if not more important." With "Major Crimes" moving into "The Closer" time slot in its second week, TNT will soon know whether viewers think "Major Crimes" is trespassing on hallowed ground or a welcome remodel of the old space.