Marketers Want In on Game, City and Events Like Fashion Shows and Concerts
READ THIS NEXT
How Amazon Prime Video CMO Ukonwa Ojo is positioning the brand in the streaming wars 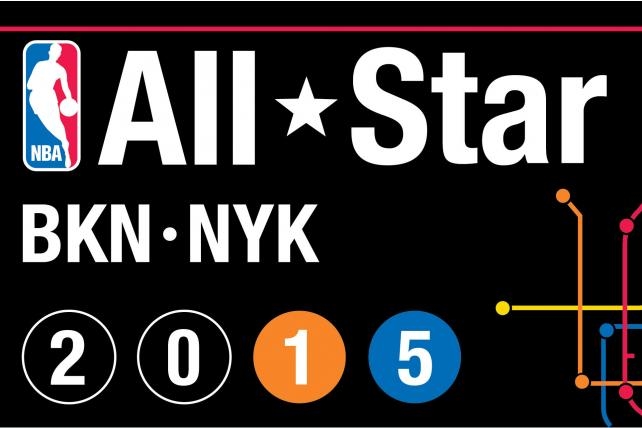 The NBA All-Star Game is returning to Madison Square Garden for the first time in 17 years, and as is always the case when New York plays host to a high-profile sporting event, the game around the game is nearly as engrossing as the on-court matchups.

According to Jon Diament, who handles TNT's NBA inventory as excec VP-Turner Sports Ad Sales, the 2015 exhibition has been a must-buy for clients looking to reach pro hoops' young, diverse audience.

"We've been sold out for a while," Mr. Diament said, adding that this marks TNT's "best financial year" for booking time in the All-Star Game since the network carried its first East-West scrimmage back in 2003. "All of the official NBA marketing partners have stepped up in a big way in order to take advantage of this event," Mr. Diament said, noting that along with endemic categories like sneakers and apparel, time in TNT's All-Star Weekend telecasts has been snapped up by movie, gaming, electronics, automotive and QSR brands.

Marketers who've invested in the weekend's festivities -- Sunday night's game is preceded by the Feb. 13 NBA Rising Stars Challenge and the All-Star Saturday Night troika (Slam Dunk Contest, Three-Point Shootout, Skills Challenge) -- paid about $240,000 per 30-second spot, per media buyer estimates. With football on sabbatical and the playoffs still months down the road, the All-Star festivities are quite literally the only game in town, and the cost of doing business with TNT during the weekend reflects just how desirable an engaged live sports audience is in a fragmented media landscape.

While the weekend telecasts tend to deliver significant numbers -- the Saturday night package in the past five years has averaged 6.28 million viewers and a 3.5 household rating, while the All-Star Game itself drew 7.71 million viewers and a 4.5 household rating in the same span -- the impact of the event has less to do with reach and everything to do with audience composition. According to Nielsen, the NBA boasts the youngest fan base for all major sports leagues, as 45% of its viewers have yet to celebrate their 35th birthday.

Stiff competition
Which is not to say that TNT is going to steamroll its TV competition. As has been the case for the last three years, the All-Star Game is going head-to-head with AMC's "The Walking Dead," which is far and away the top-rated scripted show on TV among the 18-49 demographic.

This year, the All-Star Game also will have to contend with a three-hour SNL anniversary special, although Mr. Diament contends that the NBC broadcast will be a nostalgia trip for oldsters. "We're much younger skewing. It's a nuisance, but the NBA has its own core audience that they target, which is why you're seeing the Sprites and the movies and the tech coming out of the woodwork to support the game."

The sheer number of activations set to coincide with the All-Star Game is testament to the weekend's capital-E event status. For example, Foot Locker is taking the wraps off a new TV spot featuring Portland Trail Blazers point guard Damian Lillard and his first signature sneaker. Another Foot Locker spot features ESPN personality Kenny Maynes as he helps Golden State's Steph Curry get geared up for the Three-Point Shootout.

Mr. Curry gets another few ticks in the spotlight as Under Armour launches his Curry One shoe with a new 30-second spot, while other fresh creative from the likes of Gatorade, Sprint, Nike and Kia are in the offing. Most, if not all, of the new ads will feature NBA stars.

In addition to the batch of all-new spots, a number of ads that debuted during the Super Bowl will re-air over the course of the All-Star Game.

As has been the case for the last five All-Star Weekends, Kia is the game's primary sponsor; as such, the brand will be highlighted in call-outs and title treatments throughout the course of the telecast.

AutoTrader.com is the pregame sponsor, while the halftime report will be backed by Sprint.

Fashion show
TNT also will carve out a new marketing opportunity with its inaugural fashion show, "NBA All-Star All-Style," a 60-minute special presented by Samsung Galaxy. Executive produced by LeBron James' production company and IMG, the fashion show will feature NBA stars like James Harden and DeMarcus Cousins rocking their best "Blue Steel" poses. The show will be taped Friday afternoon at the Hammerstein Ballroom, and will air the following night on TNT.

In addition to Samsung's presenting sponsorship, Kia and Ciroc vodka also are sponsors of the special, and will be featured via integrations and surrounding media.
The fashion show is particularly inspired, given the sartorial flair exhibited by such luminaries as Russell Westbrook, Carmelo Anthony and Dwyane Wade. Moreover, a few dozen NBA players have some sort of arrangement in place with a designer or retailer -- Amar'e Stoudemire in 2011 launched a line with Rachel Roy, and Mr. Wade has lent his name to a range of high-end accessories.

On the ground, State Farm is deploying 175 "All-Star Assist Ambassadors" in major New York transit hubs and around both the city's two NBA venues (MSG in Manhattan and Barclay's Center in Brooklyn). Dressed in specially-branded outfits, the brand ambassadors will hand out Metrocard holders and serve as ambulatory information kiosks for visiting NBA fans.

Elsewhere, American Express will sponsor a pair of concerts at the Hammerstein. Fall Out Boy performs Thursday night, with a portion of the band's set to be featured during TNT's postgame coverage of the Cavs-Bulls game. And on Friday night, Jon Bon Jovi does his Jersey power-ballad thing.